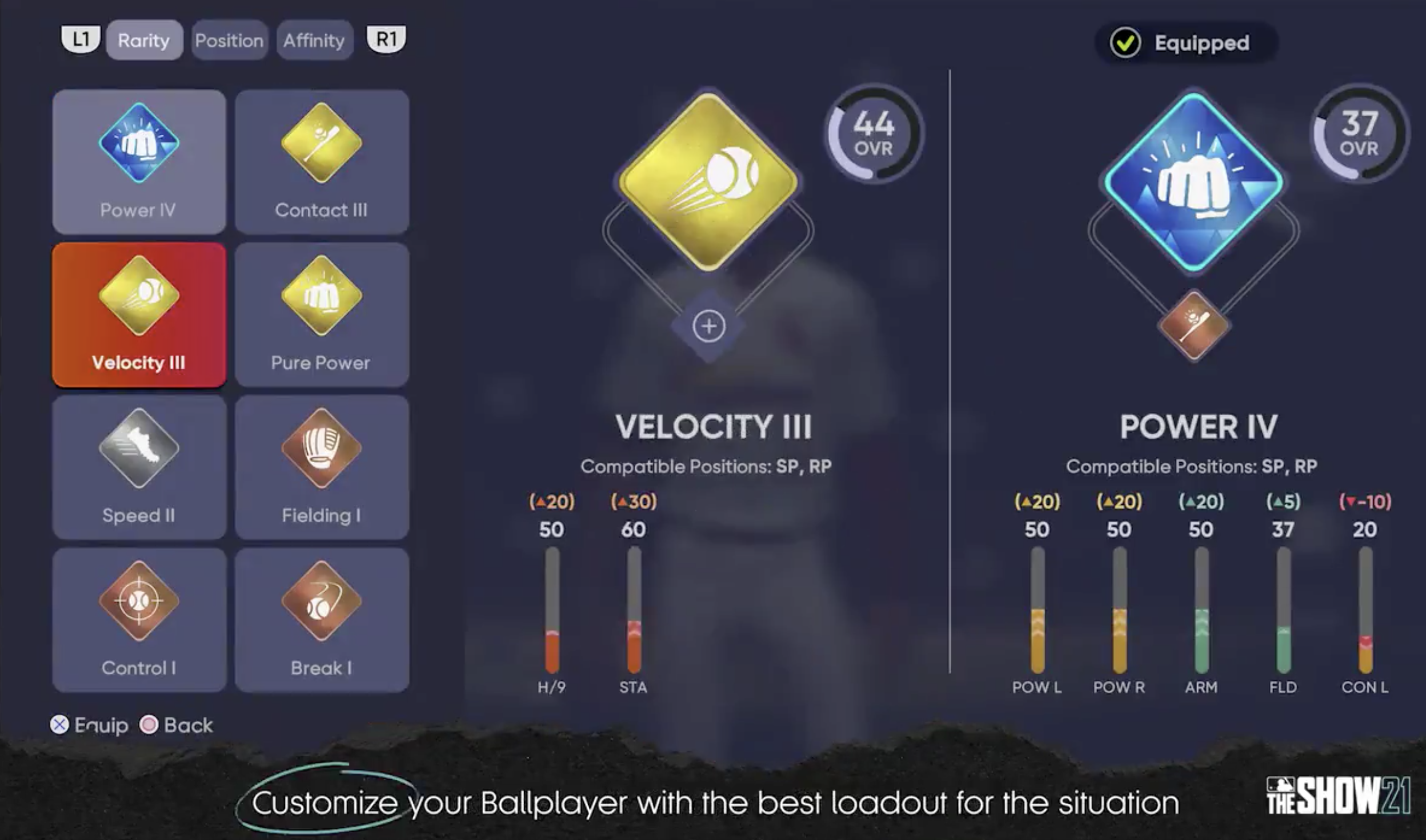 On Thursday, San Diego Studio published a new teaser diving into Road to the Show and how it will now integrate into different modes in MLB The Show 21. The other important factor is you will continue to earn XP for your CAP in these different modes.

It sounds as though the biggest integration will be between your Road to the Show ballplayer and taking him into Diamond Dynasty. Your ballplayer will be playable in both modes now, and you will be able to upgrade and gain experience to develop your ballplayer’s skills in both modes. However, the beta is still going to just be around gameplay and normal Diamond Dynasty, so we will not see how this works during that time period.

Coach and Tatis Jr. tell you about how your Ballplayer can leave Road to the Show for the first time in @MLBTheShow.
Pre-order now: https://t.co/Z3yPsTabus#MLBTheShow pic.twitter.com/tSvIhnK7aS

This would certainly appear to be the first step in MLB The Show’s eventual transition into an NBA 2K type of ecosystem where your created ballplayer is much less of a game mode, and more of a social aspect of the game itself. While not perfect, NBA 2K has really grown its MyCareer feature over the last few years to the point that it feels as if your character is now living in a world (The City) with other MyCareer users, growing and developing alongside fellow ballers throughout the year.

Today’s trailer also confirmed what many had suspected, which is the ability to pitch and play the field. In other words, being a two-way player will now be available in MLB The Show 21. Possibly even more significant, some form of “loadouts” will be available to your ballplayer this year. These loadouts would appear to change your player archetype. It’s unclear whether this archetype can be changed for certain situations or whether it’s a gradual progression system. You want more power? Upgrade the power loadout. You want more speed? Upgrade the speed loadout. There’s a lot of projecting going on in these assumptions, and it’s unknown how often these upgrades will be available and how exactly they balance, but it’s a new feature and a new wrinkle nonetheless.

The loudest question mark for anyone inside Diamond Dynasty will be how well does this balance? Created players in Diamond Dynasty have always been overpowered. It’s been very easy to maximize your created player in a very short time. That said, they were hidden inside lineups stacked with 99-overall god-tier cards. If created players now have the ability to anchor the clean-up spot, as well as shut down the opposition with a wonky delivery and a diamond-level arsenal on the mound, will it be too much? Time will tell. We’ll have to see how the entire systems plays in-game.