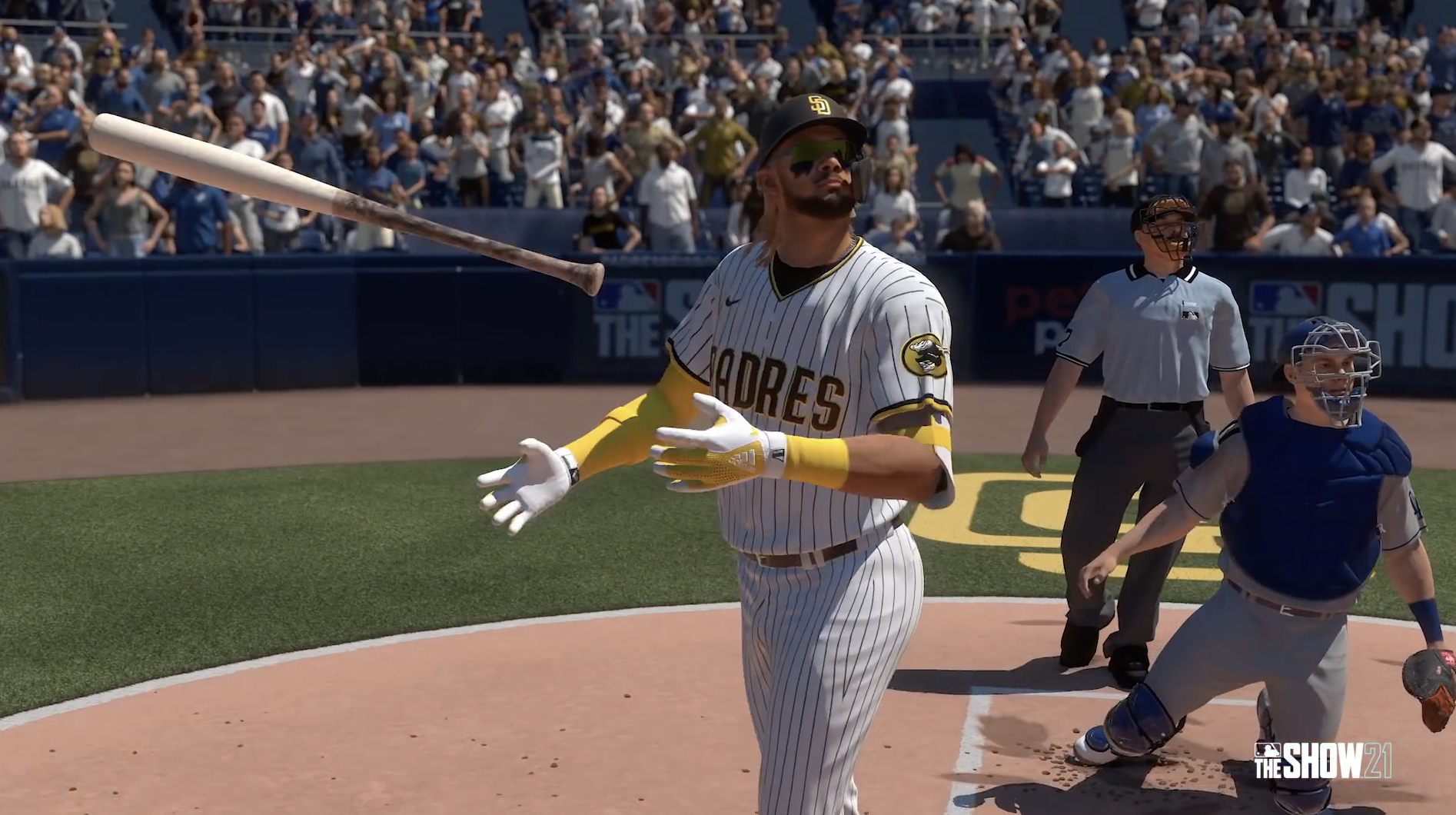 On Wednesday, San Diego Studio pushed out a new blog post detailing what’s to come in the lead up to the release of MLB The Show 21 on April 20, including information on an MLB The Show 21 beta.

Like most years, a regular stream of information will flow each week leading up to the release, but this year, it’ll be presented a little differently. Every Tuesday and Thursday in the month of February, SDS be releasing a new video bit that showcases a different aspect of the game. The videos will be presented from the PlayStation 4 build, though the next-generation consoles will have a gameplay reveal in the coming weeks.

This should excite MLB The Show fans as SDS is all but confirming the next-generation build of the game will have enough improvements to warrant its own showcase. From this chair, I would expect the leap from PlayStation 4 to PlayStation 5 and Xbox Series X to be significant — even if the year after this is maybe when we see the “full” jump.

Elsewhere, a new home run robbing mechanic was hinted at in the video today. It would appear a new visual cue will help players time when to jump at the wall. It looks like it could be a solid quality of life change for what was a pretty confusing mechanic to properly engage in-game. The trailer also showed better fluidity involving plays at the wall, a more realistic animation for balls off the wall, as well as a relay into the cut-off man that better represented big league play.

A new pitching meter was shown off, and it appears to be an old stick-accuracy type of input akin to what was used in the MLB 2K series. Pitching in MLB 2K was always fun and well received back in the day, so this could be another welcome change. Players have been clamoring for a pitching input system that rewarded perfect accuracy for a few years now. We’ll have to wait and see if the new analog toggle system teased here will achieve that plea.

SDS also announced an MLB The Show 21 beta and tech test for users beginning in two weeks. Starting on February 23 and lasting for about a week, this closed beta will involve a limited number of selected users who will be chosen to participate in a “technical test” for the game. This test will help stress test the servers, online matchmaking, cross-platform play, as well as gather miscellaneous feedback on the game itself. Anyone who wants to participate in the closed technical test, can sign up today.

How will I know I’ve been selected to participate?
You will receive a notification on your console when it is available to download.

Can I stream, share video, or share pictures of the Tech Test?
No. Doing so may result in your account being suspended from the test, and possibly future tests or release versions of the game. Don’t do it!

Will any of my stats, items, or progress made in the Tech Test transfer over to my account at launch?
No. Everything in the Tech Test will be wiped prior to launch. Nothing will carry over.

Are the player attributes we see in the Tech Test final?
No.

Rounding out the news of the morning, San Diego Studio’s new “Feature Premiers” will air Thursdays at 3 PM PT starting March 11. Here’s the presumed schedule for the premiers to come:

Personally, there’s something very unsettling about franchise news dropping on April 1 — but I digress.

We’ll be sure to have any and all MLB The Show 21 news coming for you as it continues to trickle in.