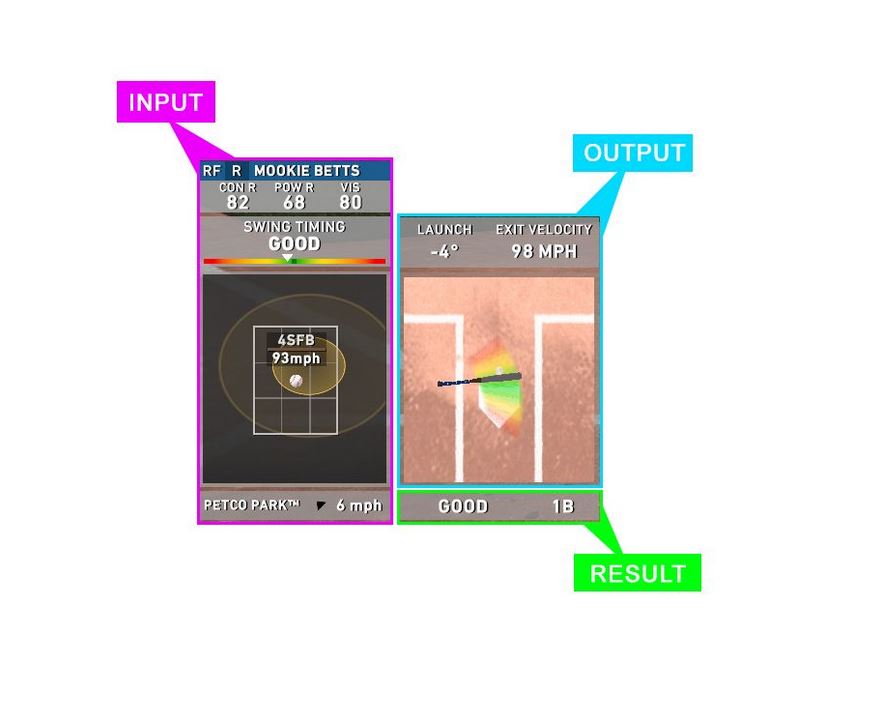 MLB The Show 20 patch 1.13 is now live, and the Update 1.13 patch notes go into quite a bit of depth as a big hitting feedback change is now live. In fact, this might be the biggest gameplay patch we have received all year so be sure to read the entirety of the notes at that link.

Please complete all games prior to that time. Thank you.

Being dubbed as the Swing Analysis Window, basically SDS wants to try and alleviate some of the beef people have had this season (and beyond) about the hitting feedback as it relates to what’s being shown with the contact/timing result, and where the ball is located within the PCI in the old feedback system. The “good/okay” meme is a real thing for some people as they feel like when their PCI is in the middle of the ball and they get the good/okay feedback for timing and result, they’re just confused why it happened. In other words, the softness of the contact does not match up with their perception of what’s being shown in the feedback.

So what SDS is doing is adding a swing timing bar, the batter attributes, a launch angle, stadium and wind speed to the hitting feedback — on top of the already known contact result and timing. 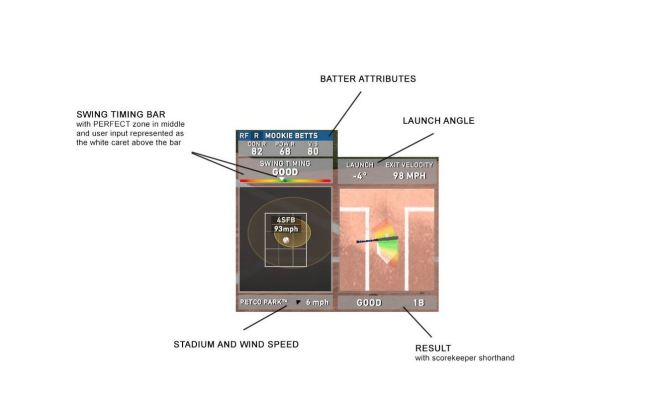 Now, early buzz has people stoked about this change, and I’m excited to see it as well, but I will also say sometimes too much information can also have a negative impact. If folks still feel like the hitting is not giving them the results they expect even with all this data, they’re going to go back to being unhappy because they’ll think the data doesn’t make sense. For example, in NBA 2K we have information for how much you have contested a shot and so forth.

The issue is that feedback doesn’t mesh with what you see on your screen a lot of the time, so that information just leads to people being more upset about what the game thinks is heavily contested or uncontested and so on. So, in effect, it’s actually more enjoyable to just turn off the contest system feedback in NBA 2K because ignorance is bliss when the feedback is faulty.

Point being, data can be a curse in video games, and sometimes getting a look behind the curtain doesn’t end up satiating folks.

I do think the developers are trying to make sure that doesn’t happen here, and this explanation from SDS about how the contact window feedback is changing is the basis for that feeling:

“We’ve re-engineered the ‘Contact Result’ feedback, now found in the bottom right of the new Swing Analysis Window. The reworked “Contact Result” system rates your hit as a combination of mph and launch angle. Take note of how the combination of the two alter the result. For example, each hit type has different thresholds for Good, Okay, and Weak that reflect their AVG and SLG value in baseball. Line drives have a lower mph threshold to qualify as Good because their launch angle gives them a high potential of being a hit or a double. Whereas high flies have a higher threshold to qualify because they give fielders a lot more time to reach the ball than a line drive or medium flyball. It’s normal for a line drive and high fly to land in the same spot but be rated differently! The new system accounts for these nuances in a more reliable way. Better hitters should now generate more ‘Good’ hits, and ‘Good’ hits are more consistently valuable than they were in the previous system and there is now more separation between the Good, Okay, and Weak categories. Also remember – the Contact Result does not factor in the stadium and wind or fielding/running ability.

Fun Fact: Apart from Good, Okay, and Weak, your hit can also be rated: Bunt, Missed, Corkscrew, Checked, Broken Bat, Foul Tipped, Perfect (3 types), Way Inside, Way Outside, Popped, Chopped, Jammed, Rolled Over, and Out in Front. Many of the descriptions are special sub-sets of Weak. For example, Jammed is an important feedback because it drops your swing power significantly even on perfect PCI placement.

In the pitcher-batter analysis, you can see for yourself how each category performed using the ‘Result’ filter. In testing, we found ‘Contact: Good’ consistently hit around .600 AVG (averaging multiple games), with most hits being extra bases. Whereas ‘Okay’ averaged just over half of that, and few extra bases. Perfect hits generally average .850 (slightly higher or lower based on batter power, due to home runs).”

Basically, it seems like the feedback should be more granular, so good/okay when it happens should hopefully align more often with solid contact, and the weak contact folks sometimes feel like they have even when the PCI is in the middle of the ball should end up with more negative feedback. Again, it does not seem like hitting itself is getting a massive change, just the feedback system.

Beyond that, Battle Royale will now be free until June 26. In addition, the draft system for diamonds has been altered so more drafts end up with folks getting diamonds that are of equal caliber to other teams:

*Note: In rare cases during the draft, it’s possible to see player draft options that fall outside this range, usually due to position depth.

Lastly, SDS also released the latest community stats, which are fun to scroll through.