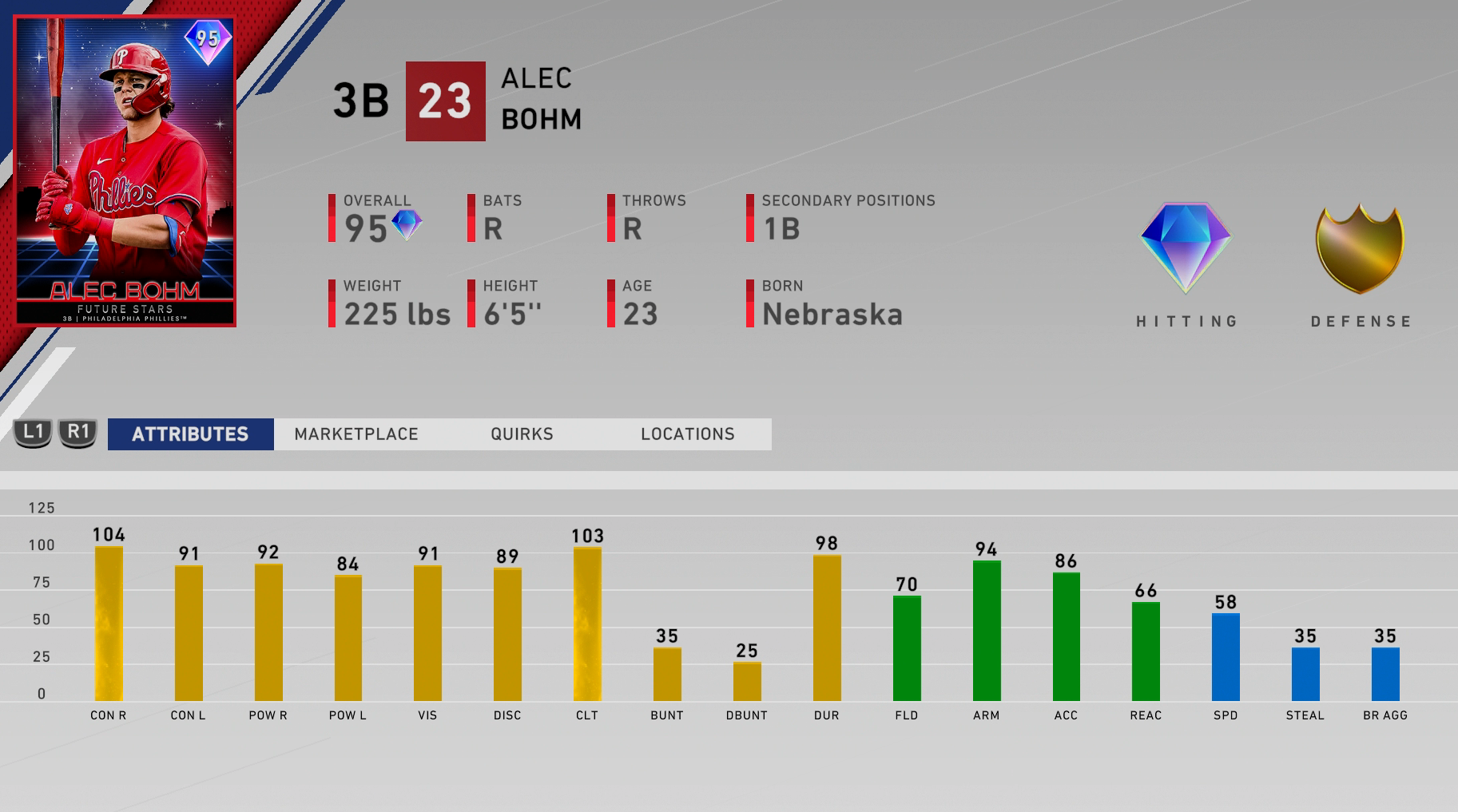 It’s hard to argue against the Team Affinity concept being a big win this year, especially when comparing it to past versions in MLB The Show. The rewards are some of the best in the game, and it’s always easy to look at a new team and start focusing on grinding towards the Team Affinity reward players. With the introduction of real minor leaguers, it’s also opened up a new avenue for SDS in terms of creating more variety and content for Diamond Dynasty and the Team Affinity programs.

However, the negative of that new content is starting to come through for some folks who feel the mode is unbalancing things by creating minor leaguers who are much better than most MLB cards in the game. This “issue” will only be compounded on Friday when we get 30 new top prospect cards for Team Affinity Stage 2. In other words, we’re about to get a whole bunch of Future Stars Alec Bohm-like cards.

Alec Bohm is a good prospect, and the idea of having “future stars” is not new in Diamond Dynasty. We’ve had these sorts of cards the past couple years, but they have not been as prevalent or come out as soon as they have this year. It’s leading to some backlash because some don’t like seeing a diamond Miguel Cabrera — a card based on his triple crown year — being “worse” than a Future Stars Alec Bohm card. I understand the concern here, but I think the main argument is not so much against these cards but rather the timing of them.

In the past, Future Stars was a fun thing done towards the end of the real baseball season when we already had tons of insane cards. Most of the cards that were released still were not even that amazing or meta, so they really were more just a nod to fans of certain teams. But this season, these minor leaguers are and will be meta. We’ll be seeing tons of them, and it makes some feel like Diamond Dynasty is getting away from its core. The argument is that in things like Madden Ultimate Team and NBA 2K MyTeam, the absurdity of everyone having a galaxy opal or 99 speed cheapens the mode because it’s such a fantasy land that nothing from the real world matters.

Diamond Dynasty eventually does get to that point where every team is full of 99 overall players, but it’s usually players who can be justified having those ratings based on a particular season or career. With these Future Stars — or rather the sheer abundance of them — it’s hard to make the same justifications when multiple minor league players on many teams are already rocking diamonds. When Team Affinity Stage 2 hits this will be even more true. 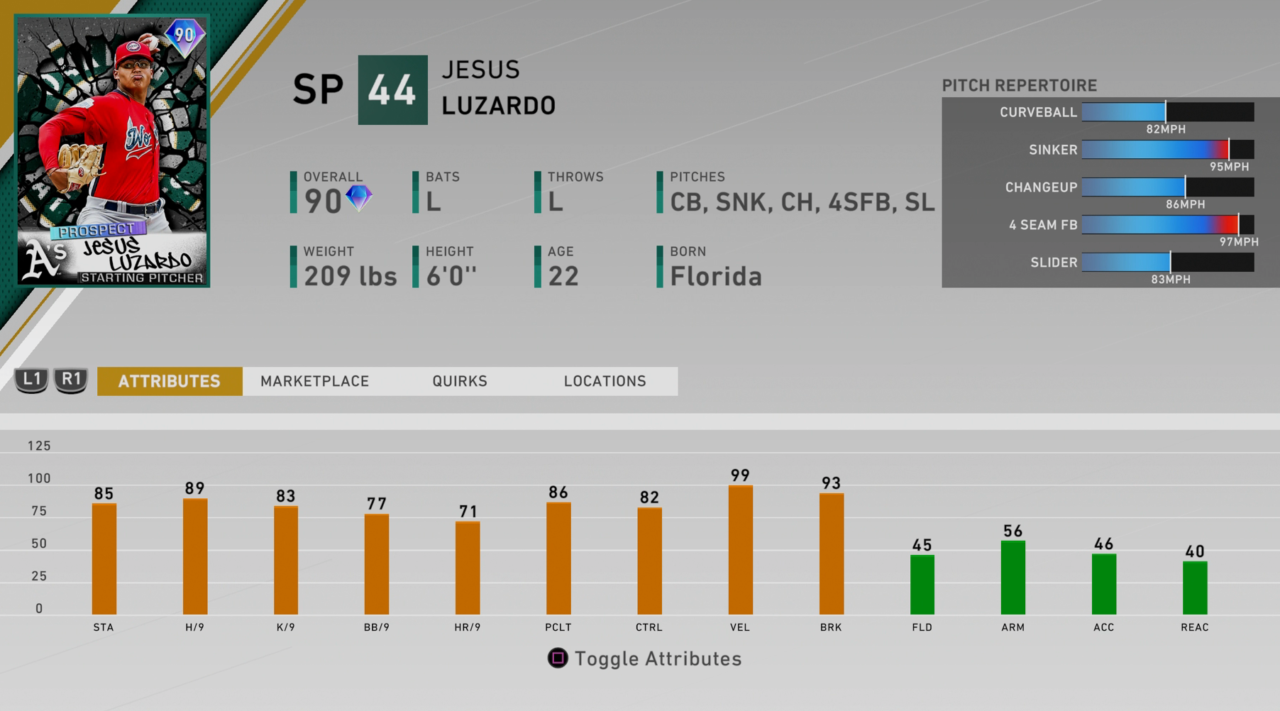 The other component of this has to do with repetition. There are hundreds of prospects in the game, and if we’re already going the fantasy route saying all these top prospects are going to hit their absolute ceiling, why have duplicates already? Getting multiple versions of Alec Bohm seems counter-productive when we don’t have a career arc for him. We don’t have any basis for what he could look like at each stage of his career. So in other words, we’re just getting two high-outcome versions for the same card. It feels unnecessary.

Instead, if we’re already going the fantasy route for minor leaguers with upside, maybe it would have been more interesting to look at the “prospect” version of Dominic Brown, or Bryce Harper or any number of highly-touted prospects from yesteryear. You could use ones who “busted” or made it, because the point is to just look at them through the prospect lens at the time of their ascent. 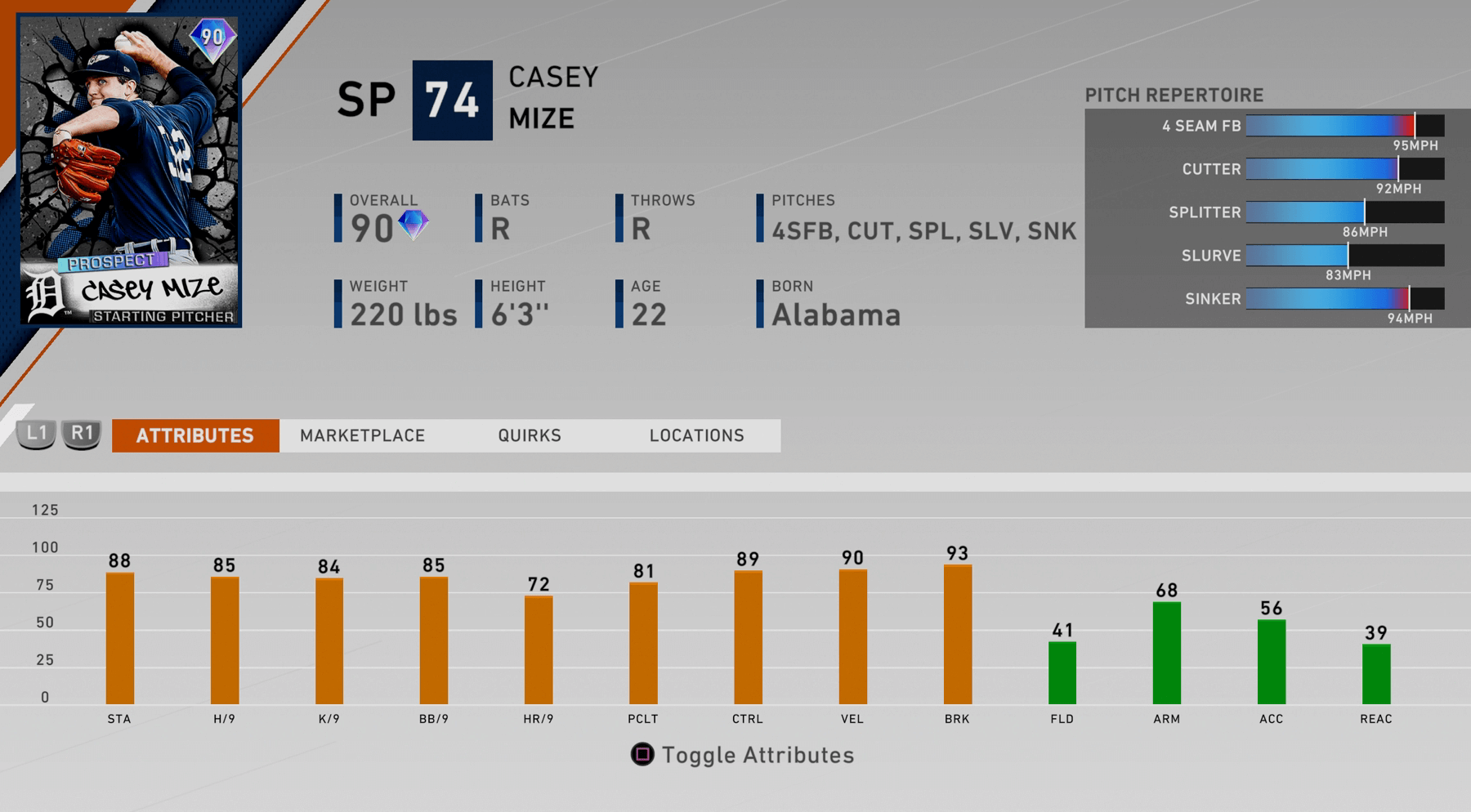 Lastly, timing comes back up here simply when considering the order that things are coming out. Would it have made more sense to make these Team Affinity Stage 2 minor leaguers the Stage 1 rewards? Perhaps. If we had been chasing minor leaguers who are lower-end diamonds in Stage 1 before chasing guys like Gallo, Buxton, Olson, Soto and so on in Stage 2 would it be going over more smoothly? I think so. Since we’ve already had multiple “Prospect” sets and duplicates of some of these players, it lessens the excitement to now get more prospects.

I’m not here to say I’m disappointed in Team Affinity Stage 2 or that I think Diamond Dynasty has lost its way on the realism front or something. In my book, the whole concept of “realism” was thrown out the window as soon as we allowed 5-foot-4 created players to run around with 99 speed and power in lineups. The idea that the sanctity of the mode is somehow being upended by these prospect releases does not really hold up to scrutiny. However, the timing of the releases is certainly up for debate, and I think this will be a learning year of sorts for SDS in terms of how to better tie in minor leaguers to the mode for next season.