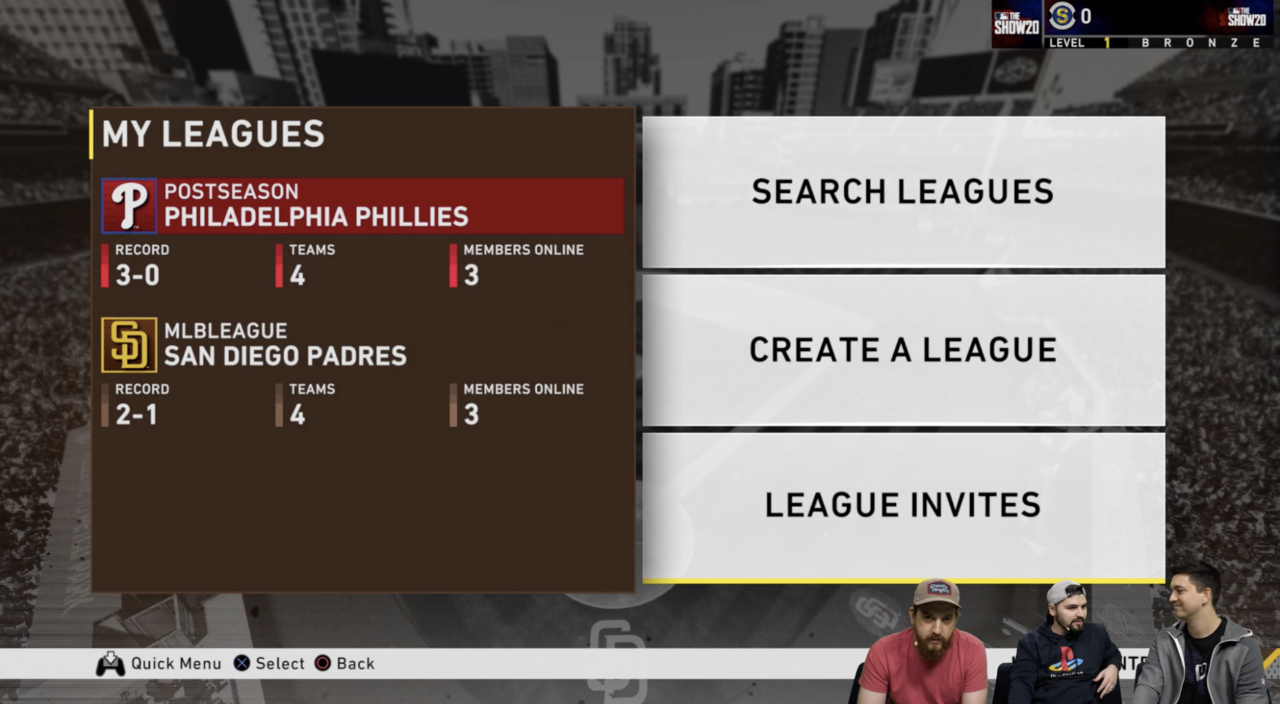 This week’s MLB The Show 20 livestream featured custom leagues, a new game mode that combines a little bit of diamond dynasty with what you might know about other online leagues. To be clear, this is not online franchise, and it was never stated as such. We’ll clear up what that means in terms of what’s not there at the end.

In the stream, the developers confirmed you will be able to create an online league with your friends, make you own house rules, all while using your Diamond Dynasty collections or 40-man rosters for a more realistic environment.

There’s a full trade block function too, so roster fluidity is definitely possible (you can make 3-for-3 trades at max). Ratings within 40-man leagues will move up and down based on real-time SDS ratings fluctuations. In-game progression will not exist as it does in traditional franchise mode. In this sense, it’s a bit of a fantasy baseball mode. So strategizing and trading for players or prospects having a hot month in real life will be a fun exercise for sure.

Custom leagues will feature the ability to play flexible multi-season experiences with fully customizable settings. The commissioner will be able to customize the amount of games in a season, as well as how the postseason bracket will setup, including how many playoff teams will be included that postseason. You’re also able to customize the amount of innings per game, the batting difficulty, pitching difficulty, pitch counts, guess pitch, etc. It’s a full suite of variables available for your tinkering.

Developers recognized that coordinating online play, especially in a lengthy baseball season, can be a tall task. Thankfully, users will have the ability to fully customize a flexible schedule, including user games, allowing you to play your head-to-head regular season contests in any order. If your opponent is online, you can knock those games out right away, at any point in the season. 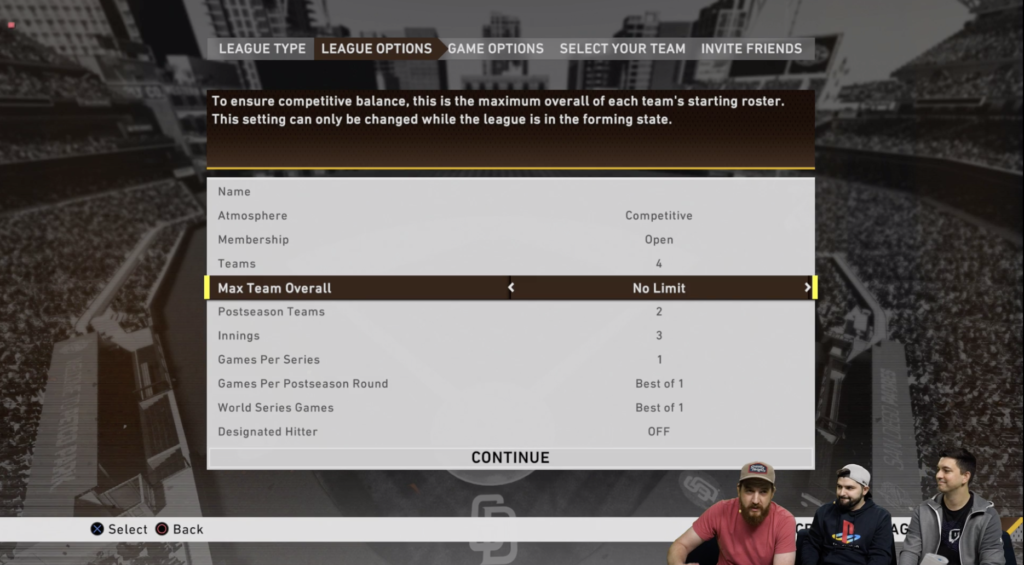 Commissioners will have to shoulder a heavy responsibility in leagues. There’s a full array of sliders that will be available to customize. Commissioners will also have the ability to reset a game result. For example, if a user drops their internet connection, a loss won’t be as automatic as it would be in Diamond Dynasty. Commissioners will have the power to assign a random result, or reset the game entirely for a re-do. They’ll also be able to give other users the ability to handle commissioner duties to allow the league to keep moving forward if for some reason the primary commissioner is unavailable.

Leagues will require at least four teams, meaning you’ll need three friends or trustworthy strangers, to play this mode. If you are forced to search for a league, the amount of sortable restrictions makes it so your expectations for league play will almost certainly be met. The filter constraints appeared very thorough.

(We’re still trying to figure out all the permutations of CPU stuff. It did not appear there was an option to put any CPU teams in by default, but you can boot someone and then that team is controlled by the CPU it seems.)

A commissioner can also dictate a league as either relaxed or competitive, signaling how many games you’re expected to play each week, or how tough the competition may be. 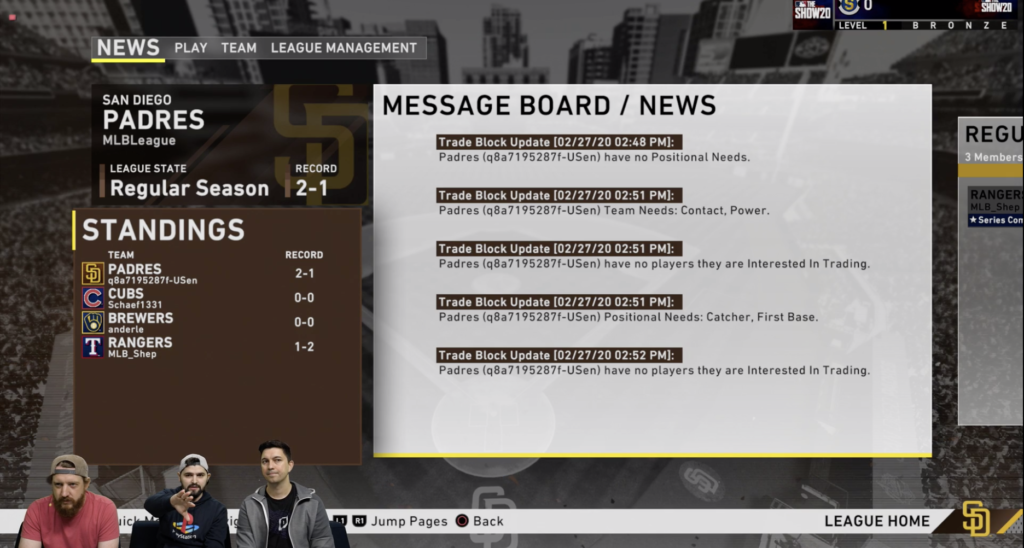 Inside the mode, the message board function is quite nifty as you’ll see game results, users trades, trade blocks, user messages and more. It’s a nice organizational hub. If a commissioner changes sliders or something like that, you will also be notified.

Users can be in a max of three leagues.

So What’s Not There?

Okay, to be clear, this is not an online franchise mode. The developers do seem like they want to build on this, but they ripped all the infrastructure out and started from scratch, and it does not seem like some straight forward concept to just take the offline franchise and put it online. They never said this was online franchise, but since some people wanted to dream it was, let’s be clear about some things that are not here.

All in all, the entire experience looks like it will give commissioners a lot of tools to make these leagues work for competitive play. It does seem like more will come to this feature in the years to come, but the first step seems like it was about making sure all the options to make head-to-head games as easy and functional as possible were there first.

Cancel reply
Discussion
Click here to reply to the discussion
Continue Reading
You may also like...
Related Topics:MLB The Show 20, MLB The Show 20 custom leagues, spotlight