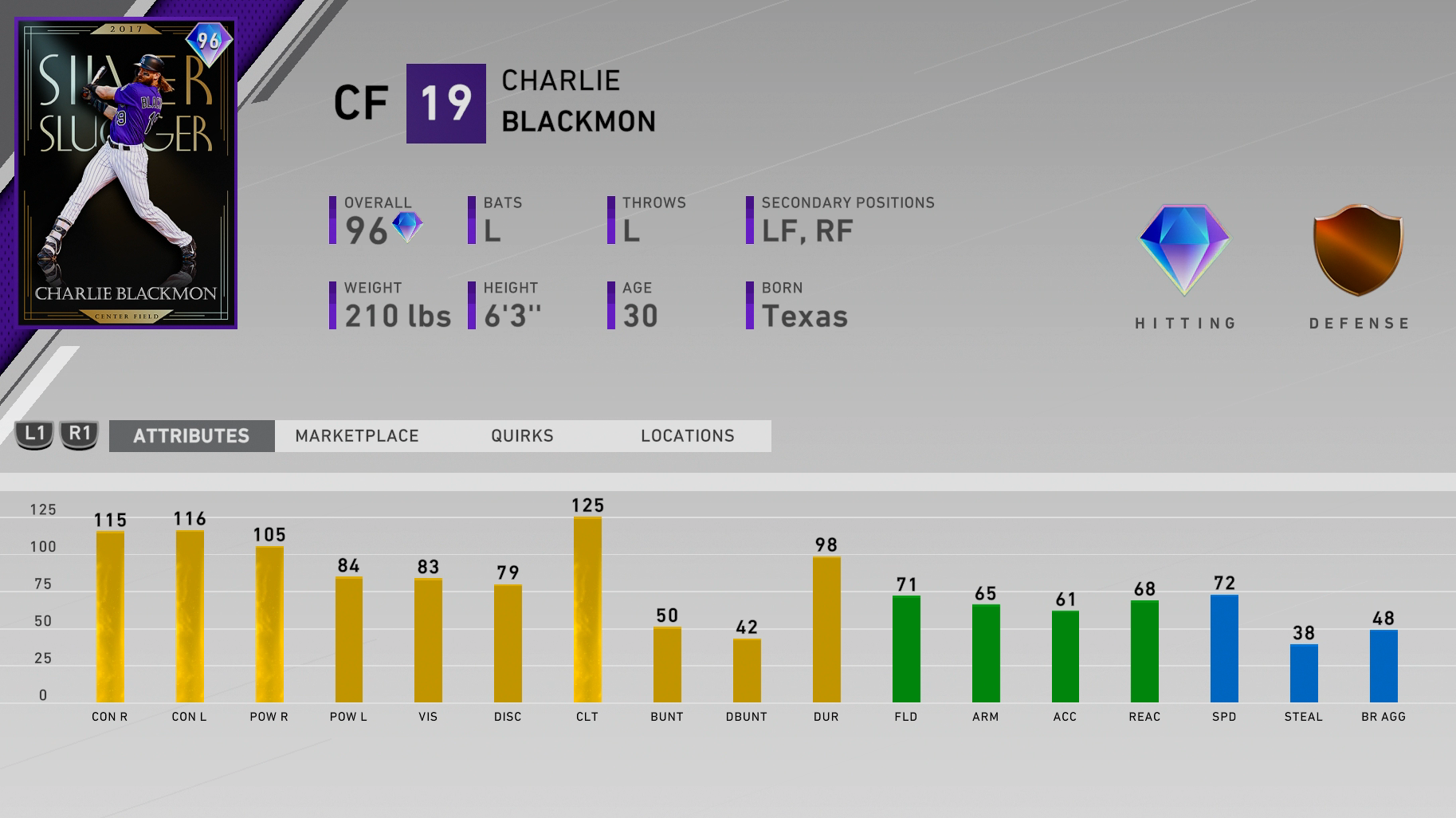 Blackmon has crazy contact numbers across the board, and he crushes right-handed pitching in the power department as well. He’s not as great against left-handed pitching and has that standard issue of being shaky in the field. You can slap him in the corner outfield spots and survive still, but he’s really not someone you want at his primary CF position. I expect as much as some people love his swing, he’s going to be a bench option for most folks who use him.

Here are the full ratings for Blackmon: 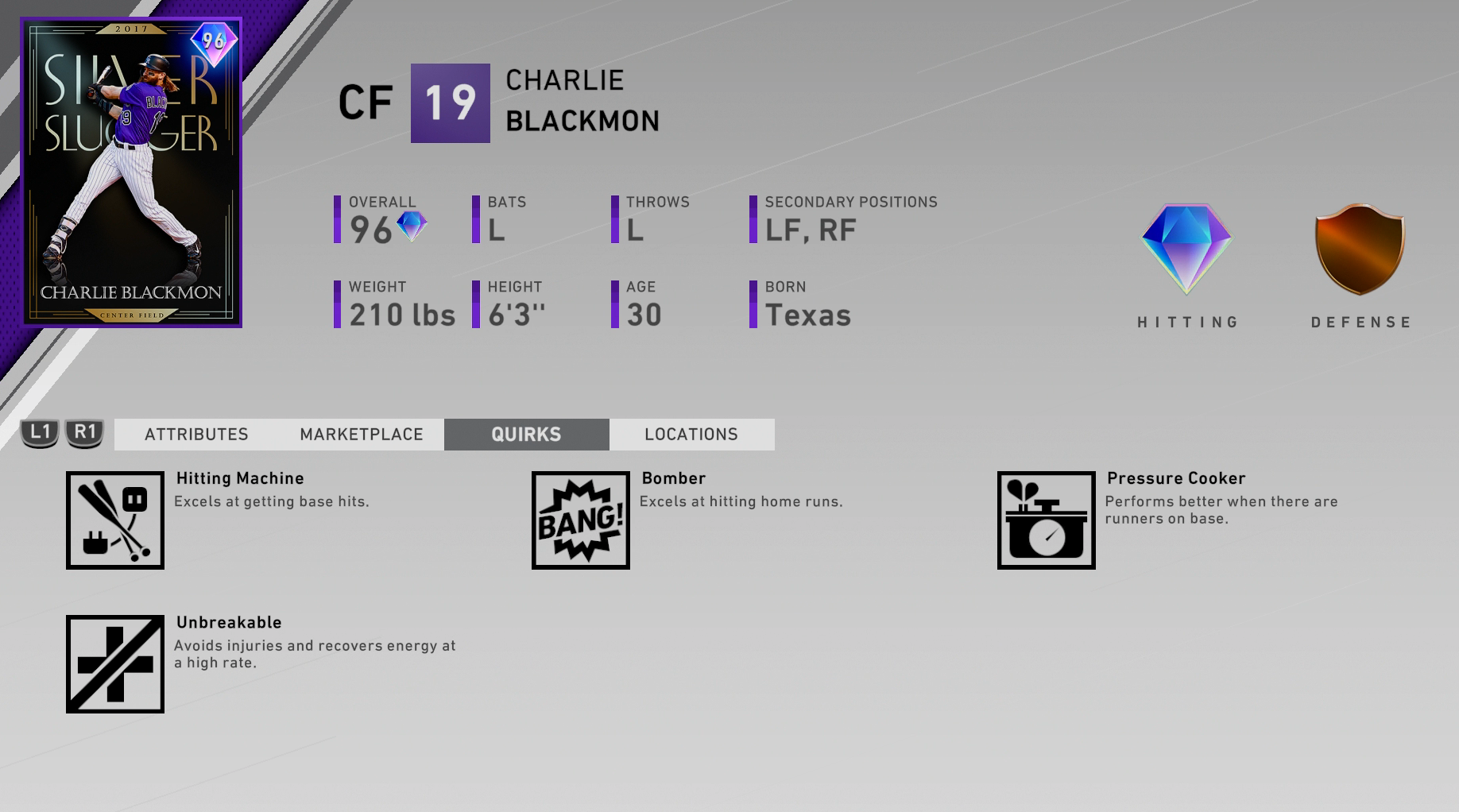 Here’s a look at his price on the community market about two hours after he was released: 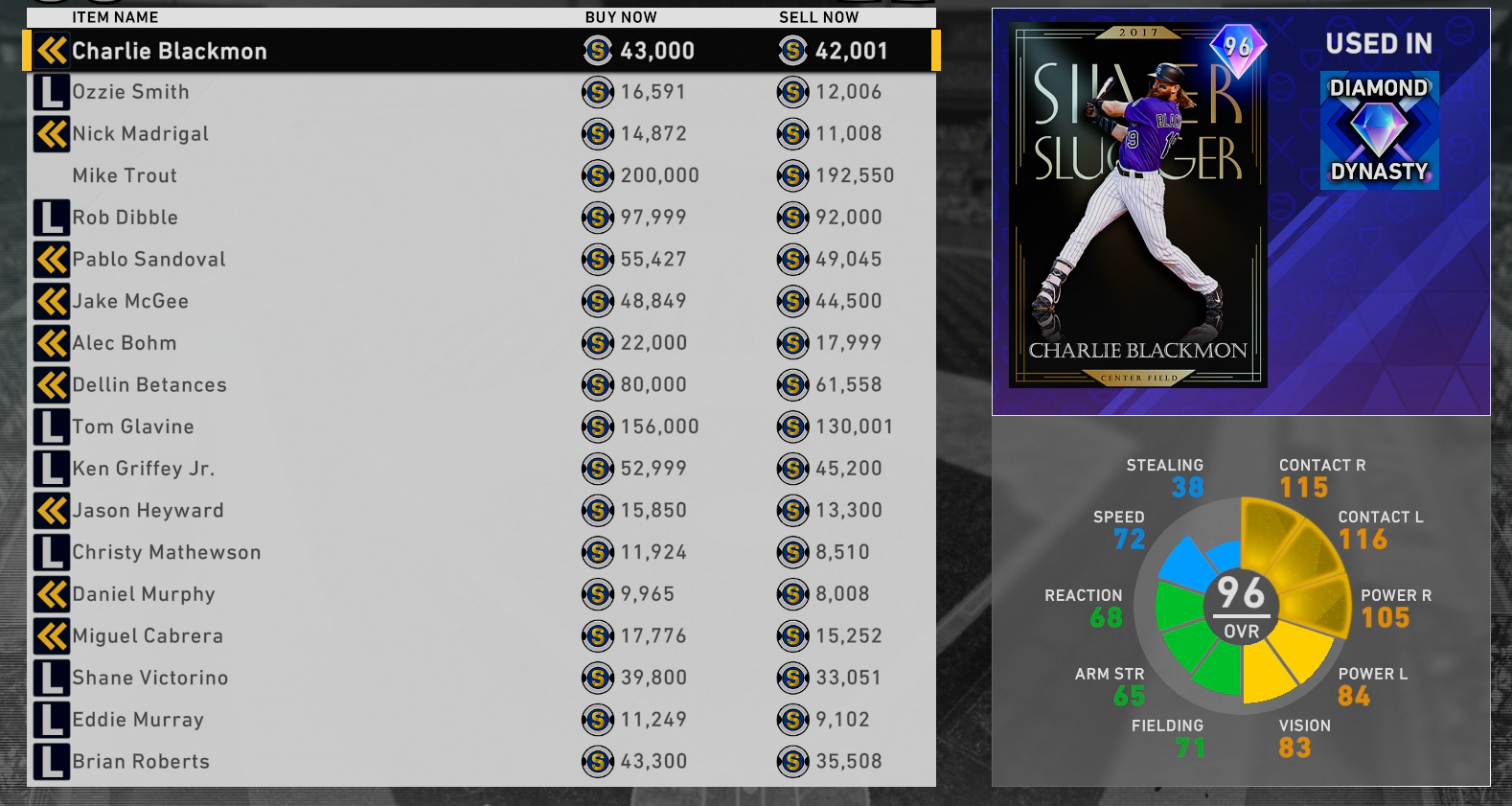 The odds on the Headliners packs remain the same as always, so good luck if you try getting him in packs as you’ll have a 1:10 chance at a diamond, albeit that diamond might not be Charlie Blackmon.