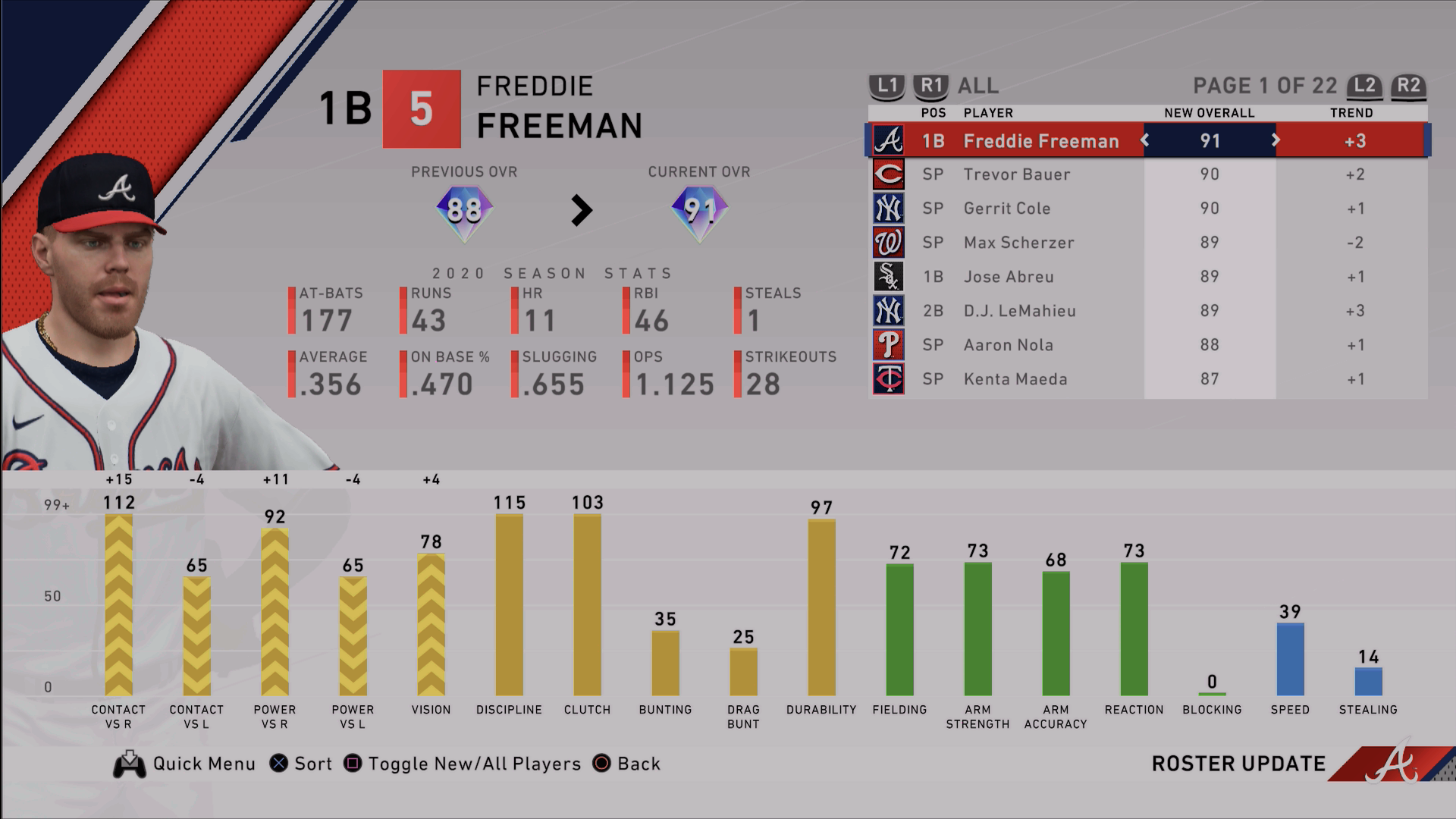 The MLB The Show 20 September 18th roster update is now live and it’s one of the last roster updates we’ll get this year in The Show. There are not a ton of huge tier changes, but there’s a healthy amount of movement here within the margins. Freddie Freeman is the top-rated player who got boosted this week. He’s now a 91 overall after a +3 boost. Let’s quickly run through the tier changes below. 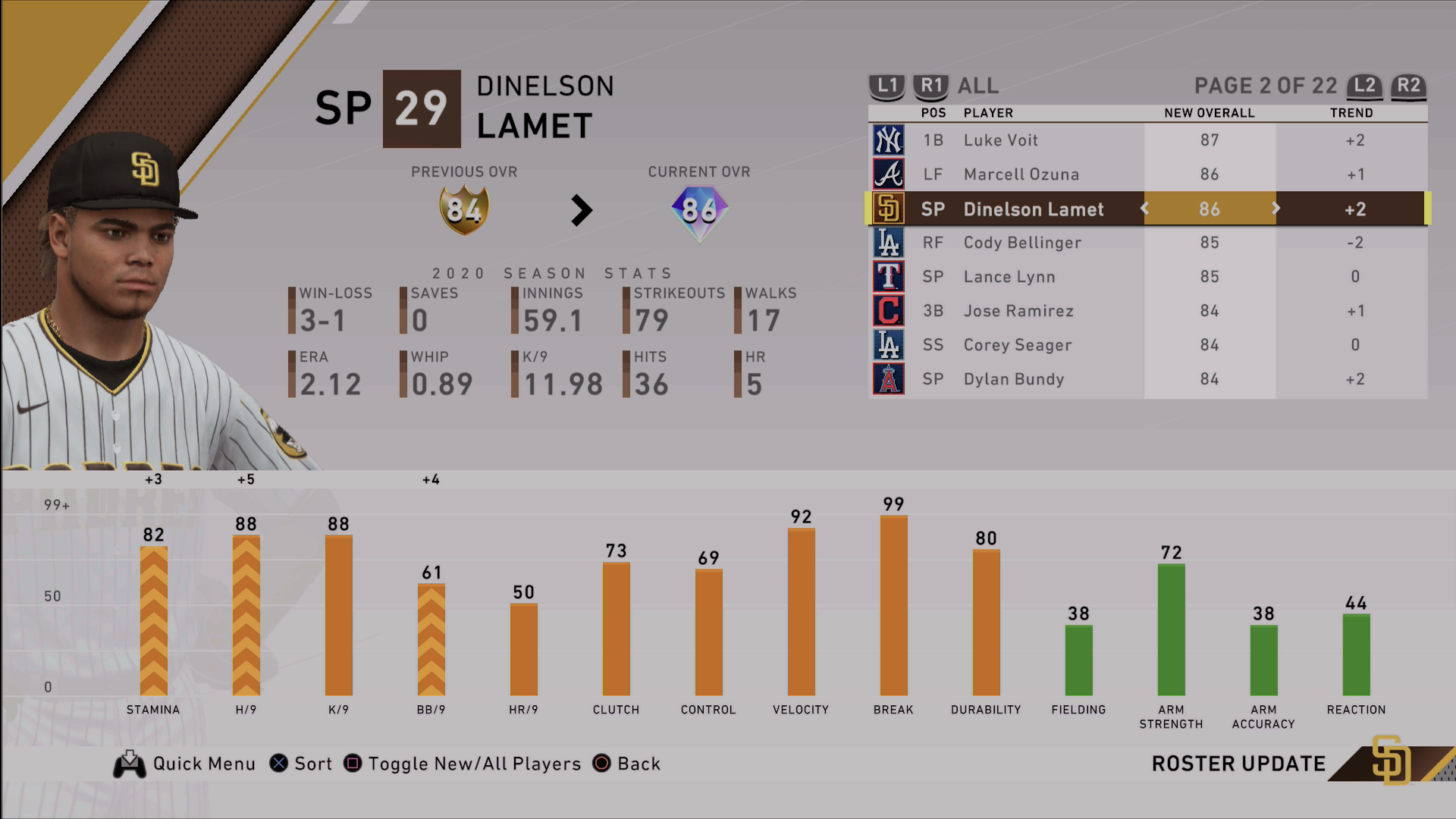 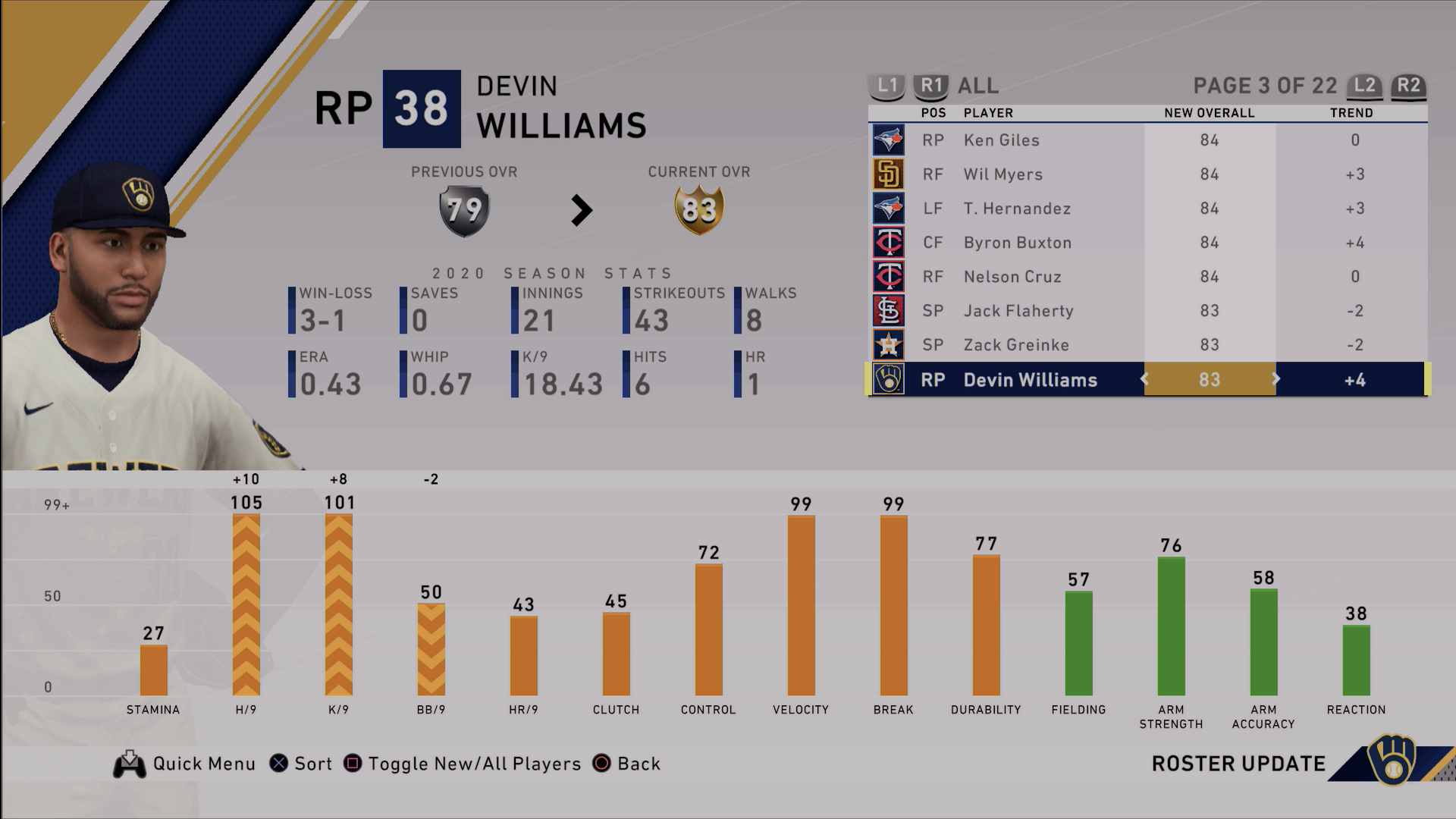