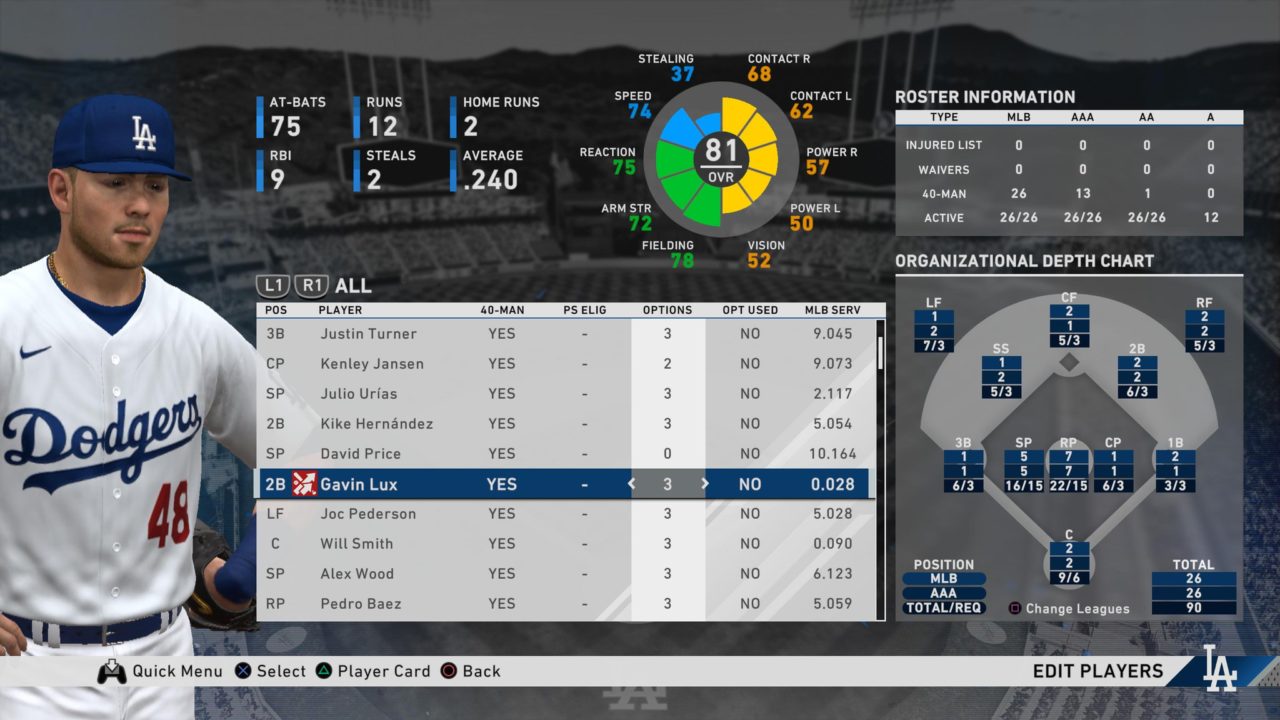 A new roster update has arrived for MLB The Show 20 adding Gavin Lux (Dodgers) and David Hernandez (free agent). No other players have been added.

As noted by Gagnon39 and a few others, the issue with rookies and prospects being out of options has been fixed. They now have 3 options.

Here are the MLB The Show 20 roster update changes. 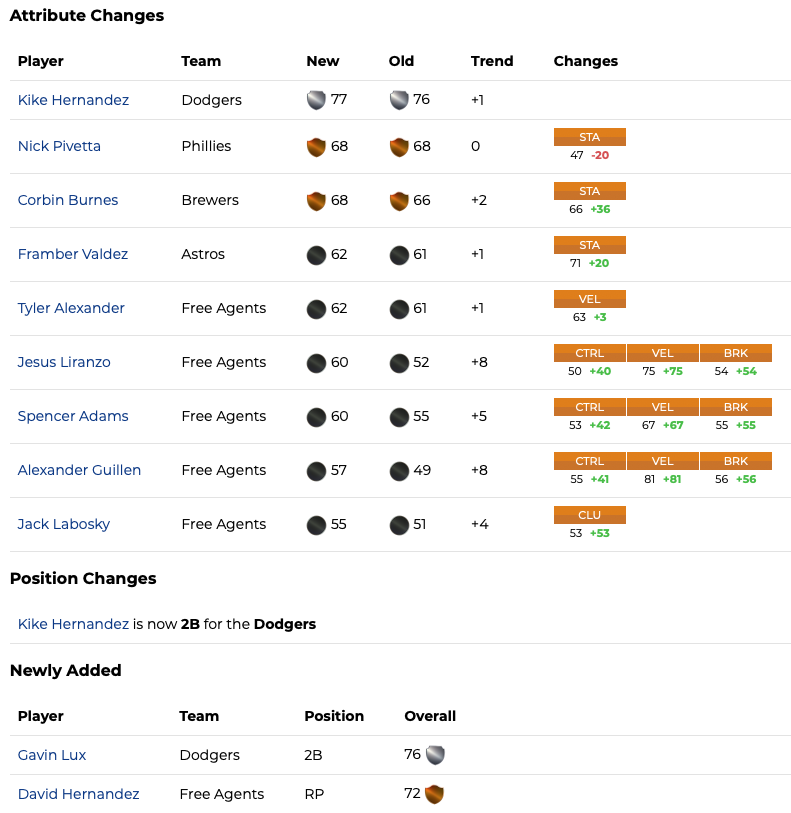