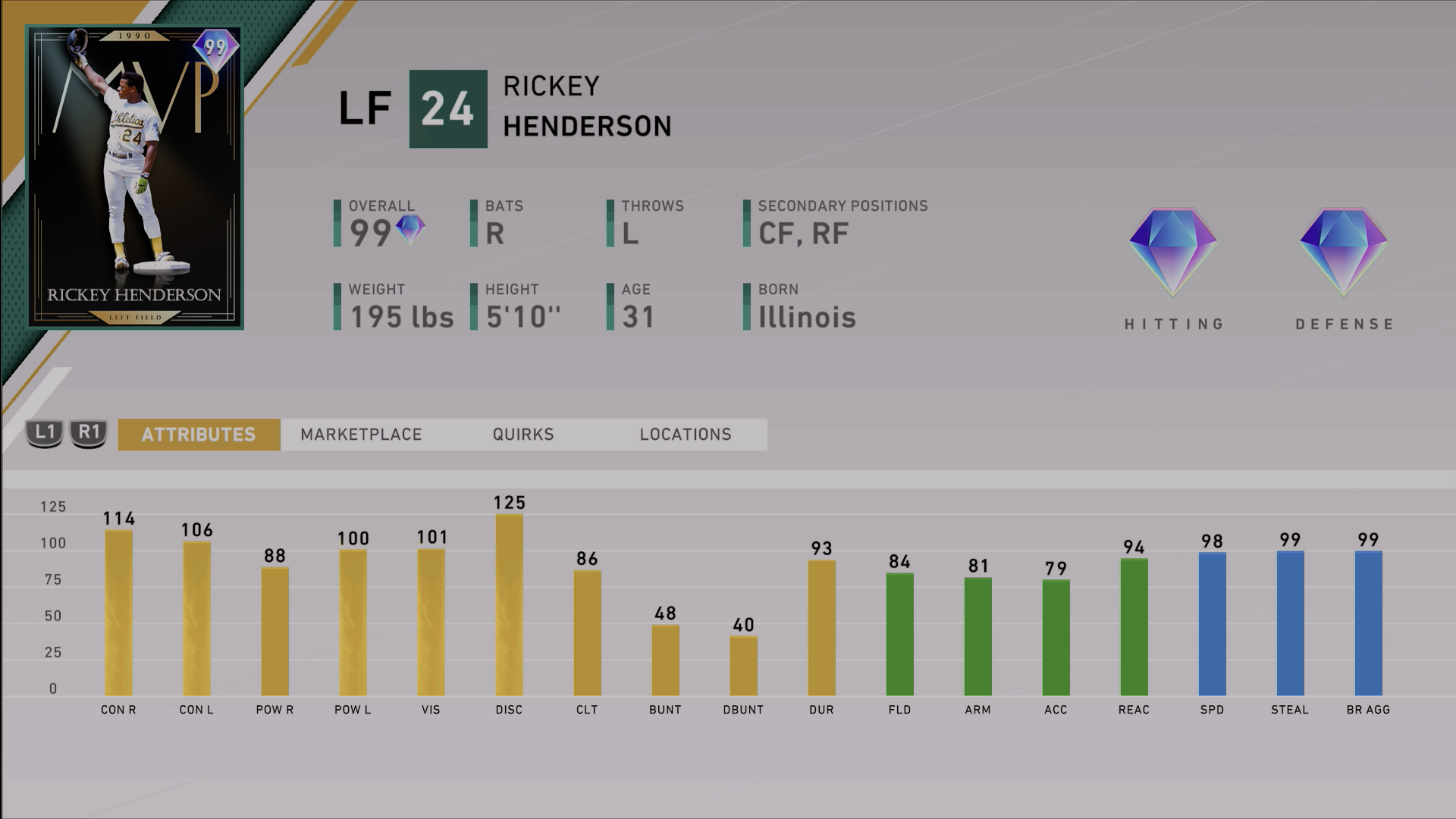 Season five of Ranked Seasons is all wrapped up and that means Ranked Seasons 6 has started as of tonight. The structure and rewards structure remains constant. The new players you can acquire at the Pennant Race level are Prime Ryan Klesko and Gold Glove Bret Boone. At the World Series level, you can now snag MVP Rickey Henderson or Signature Series Chris Sale.

Both Rickey Henderson and Chris Sale are 99 overalls. All four of these players fit into important categories as well if you’re looking for an extra player or two to add to collections for the MVP Mike Trout.

Nothing changed between seasons as the developers are carrying over the players from Ranked Seasons 5 while simply adding the new players to the selection pool. This also means the players introduced in Ranked Seasons 4 are no longer in the rewards pool.

To me the choice here is pretty clear in that it should be Bret Boone. Of course, if you need a Prime player then go with Klesko. Bret Boone though offers great power up the middle, and since his fielding is obviously elite on this card, this should be a very fun card to use. It’s also the first Boone card while Klesko already had a collection reward version. Klesko also does not play a position of need and is more of a platoon option than Boone. The one downside with Boone is he has no positional flexibility so it’s 2B or bust.

I’m so proud of SDS not giving Chris Sale a sinker. Sale has had some truly special cards in The Show, and even without a sinker I don’t see why this card can’t be great once more. He has good stats across the board, and his pitching motion allows him to get by more than most with “just” a four-pitch mix (really just three pitches).

With Henderson, I have to think he will still be the option for many because this MVP version is a true upgrade of the 95 overall version you can unlock on the XP path. With Rickey, most of the time it just comes down to whether you can handle his stance or not. With his stats, he’s a five-tool stud in every sense of the word. He can probably still bunt even with bad stats due to how the bunting works in this year’s game (not that you should bunt with him ever) so even that’s an option.