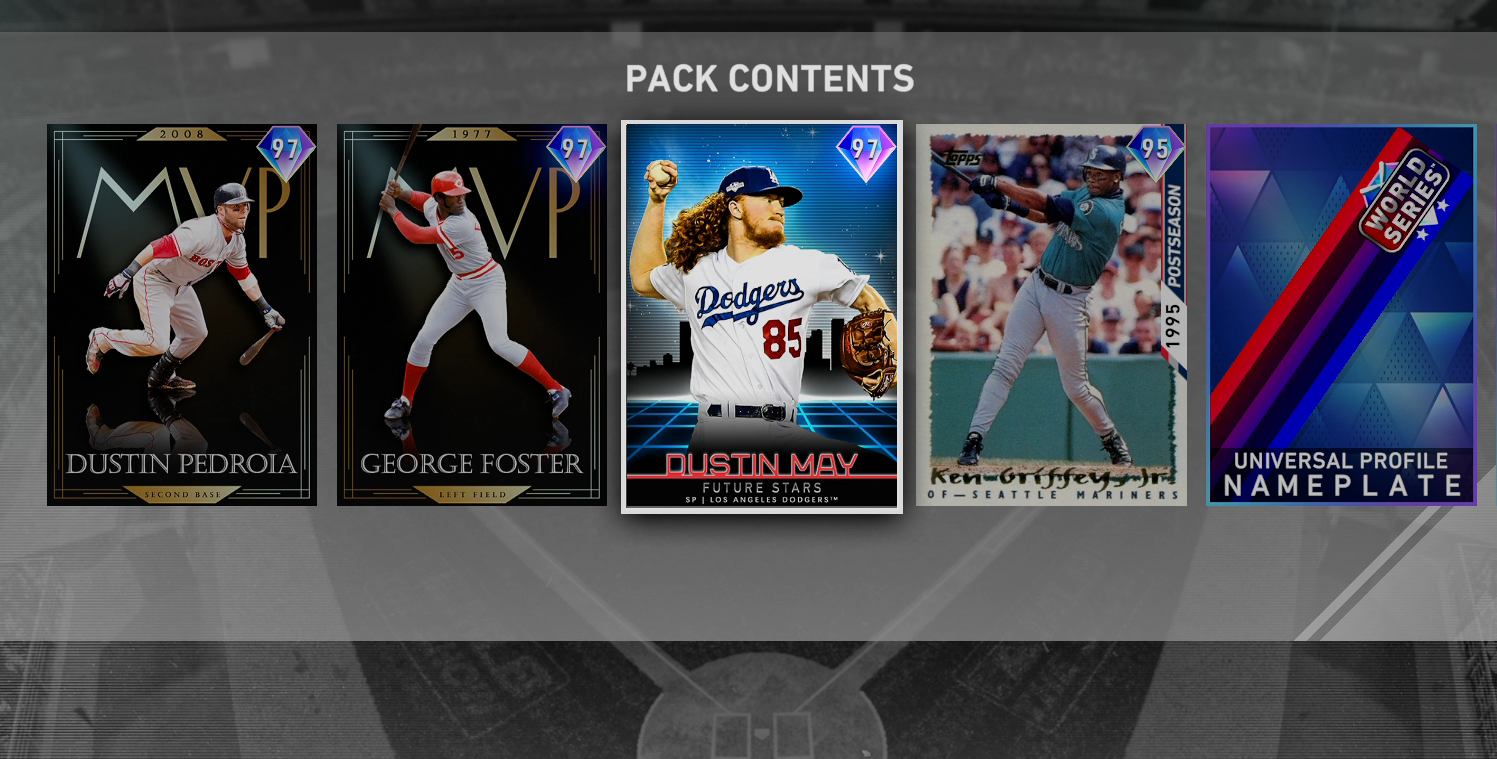 The third Ranked Seasons is officially behind us, and as usual there’s no rest as we move straight into season four. Structurally, nothing is changing as usual, so the only thing to highlight are the four new player rewards. There are two new players at World Series to look at now, and two new players at Pennant Race to choose from as well.

Nothing changed between seasons as the developers are carrying over the players from Ranked Seasons 3 while simply adding the new players to the selection pool. This also means the players introduced in Ranked Seasons 2 are no longer in the rewards pool.

Bobby Witt Jr. is yet another diamond shortstop to add to the surplus of riches, but he doesn’t get a secondary position. However, he is a Royals player and it’s a little hard to find top-shelf Royals so far. His ratings are nothing special, but he’ll at least be good on defense and against left-handed pitching.

There will be better forms of Gossage, but it’s still enjoyable to get him in the Pirates uniform. The pitch mix is what you would expect, with the sinker being the go-to pitch for most pitchers this year — plus SDS seems to be adding it to some players when they would not have in past seasons.

Foster does not have great defense but my goodness look at that hitting. I think he might end up being one of the more popular top-end players for a bit if users can deal with his swing. His defense is not unbearable (just average), so the only other issue is he doesn’t have a ton of quirks.

Pedroia should be meta as well since great contact seems to mostly make up for average power this year. His power might be so low it holds him back a little, but I love Pedroia’s swing and so I still have high hopes for him. The defense is good minus the arm, and that’s to be expected.

-Getting a diamond at Pennant Race continues to be a nice way make a little bit of coin with not too much trouble if you’ve been able to climb to that level before — a free diamond gets a minimum of 5K stubs. Also be aware that players now falling out of the player pool from Ranked Seasons 2 will have some more value on the community market, but this value has dropped considerably this time around because investors got wise to the easy way to make some stubs off people who really try to gather up every card in their virtual binder.

-I have begun to simply quit out right away if I go up against Kluber or Newhouser. I find the game to be more enjoyable playing against more pitcher variety, even if it hurts my ability to climb the ladder.

-I will be looking at Witt Jr. and Dustin Pedroia as my two reward players, but I suspect Foster and Gossage will be the more popular combo. Foster is one of those players online folks tend to enjoy, and I think there’s enough middle infield help that Pedroia doesn’t feel mandatory.

Discussion
Click here to reply to the discussion
Continue Reading
You may also like...
Related Topics:Diamond Dynasty, MLB The Show 20, ranked seasons 4