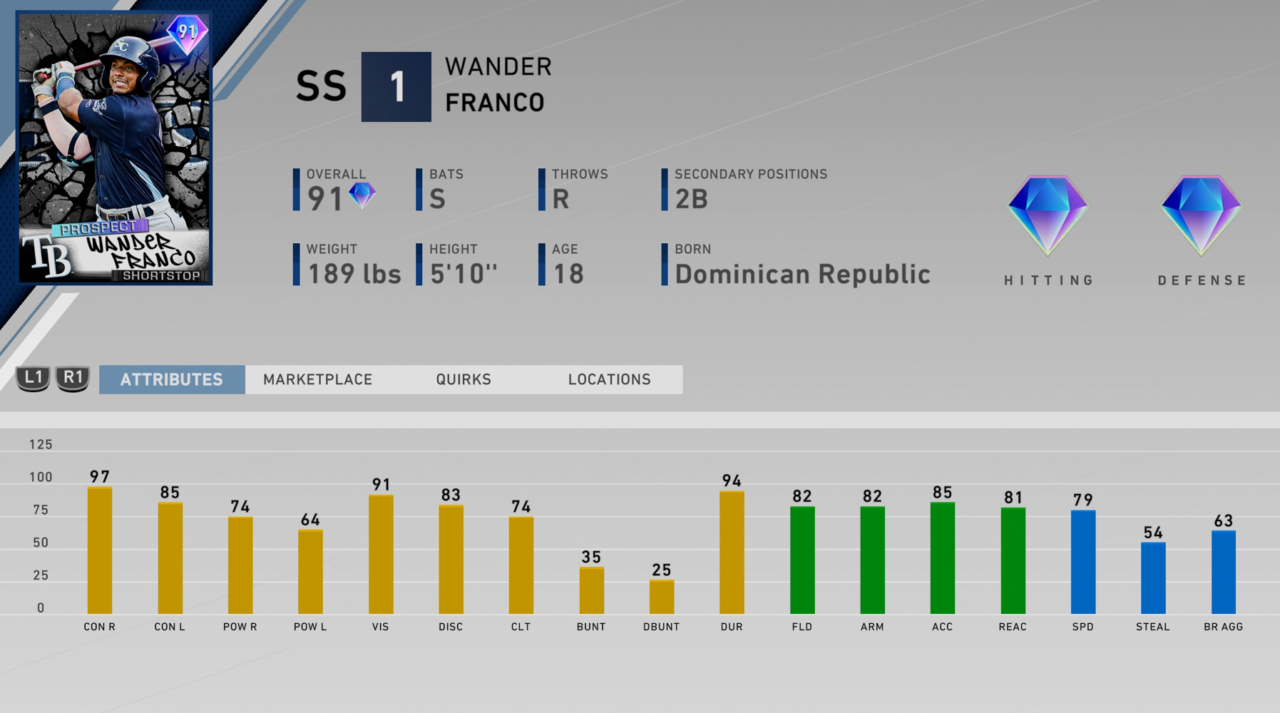 San Diego Studio’s introduction of prospects into MLB The Show 20 has arguably been one of the most welcomed additions in Diamond Dynasty this year. The addition of highly touted youngsters into Diamond Dynasty this early on in the year has been received really well, and several of these cards are incredibly usable. They’re also popular cards among the community, and for good reason.

What’s important now is that the team continue putting out prospect cards for the remainder of the game’s life.

In part, this is important because prospect hype is at an all-time high. The pendulum has in a way swung so far towards prospects that they might be overvalued in some respects. This year is especially unique because top 100 lists are unveiled now without the noise of an ongoing campaign. With that being the case, prospects get even more of the focus and attention.

In a normal year, prospects also provide hope for teams that aren’t yet built to compete. San Diego Studio really leaned into that this season and pushed out upwards of 50 prospect cards in the first couple weeks of MLB The Show 20. Each team received a prospect card built into their Team Affinity program, and the developers followed that up with three different prospect packs sets, adding 24 more prospects into the pool. 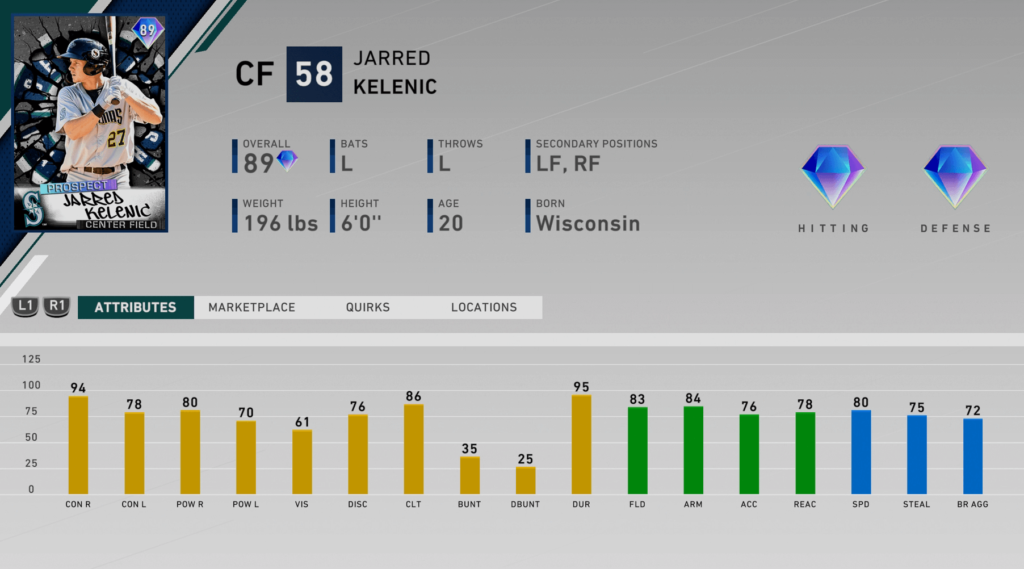 A majority of teams are represented by two prospect cards. However, the White Sox stand out by having four prospect cards in the game. Having thrown these cards into the talent pool at a time when end-game cards aren’t over-saturating lineups, they’re getting a lot of love. In a time when baseball isn’t being played on the field, and hope springs indefinitely eternal, prospect love is at an all-time high on the virtual diamond as well.

Now comes the important part for MLB The Show 20 and its developers. It is crucially important the content team continues to pump out iterations of prospect cards throughout the rest of 2020. If baseball begins at some point, prospects will rise and prospects will fall. Blue-chippers like San Francisco Giants’ shortstop Marco Luciano will likely ascend to incredible heights this season, some tabbing him as a top 10 prospect in baseball. Diamondbacks outfield prospect Kristian Robinson is another position player several have tabbed as a name with immense helium. Just 17 years old, Yankees behemoth outfield prospect Jasson Dominguez, fondly nicknamed “The Martian” for his out of this world tools, will have eyes on him all season. Pitchers like Logan Gilbert, DL Hall, Daniel Lynch, and Daniel Espino should all make waves. It’s important these guys are represented in MLB The Show 20.

At this point in time, there are zero prospect reveals on the calendar for early-to-mid April. The fact the team has already pumped out 57 prospect cards just two weeks after the game’s release is a massive success. That being said, from the time the game released, we already knew these prospect packs were coming. They had teased the 24 new prospect cards, and we knew they were going to be necessary to unlock the 91 overall Wander Franco card. Now that all 21 prospects have been unveiled in this collection, there’s nothing left being teased on that front. From this chair, it would behoove the team to come out and lead the community to believe more prospects, or iterations of prospects, were coming in April.

The tricky part in this is going to be end-game cards. Developers have essentially shown that prospect cards as we know them will fall in the 85-91 overall bracket. They’re good low diamonds, but they’re not going to be cards that top community players are going to showcase a month from now when the market is flush with a bunch of high-rated cards. So that being taken into consideration, new prospect cards will be fun, but wholly unusable in competitive online play. 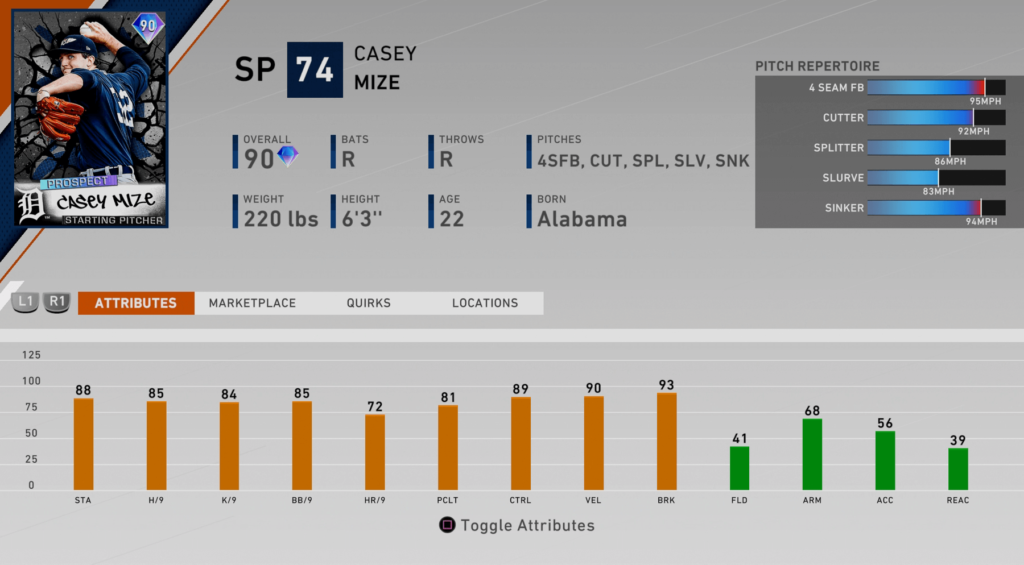 The solution is a new, supercharged prospect card series. This new series could echo some of the card series currently in the game. Pump out a version of Kelenic that represents his hitting stats from an overly impressive one-month sample size. Push out a version of Mize that showcases his accomplishments from a three-start stretch. These are the types of cards that the community wants and needs, and it’s a great way to continue releasing prospect content that is usable and featured within the community.

It’s been another incredible start to the year for the content team at San Diego Studio. While Signature Series cards, and Prime Series cards, and those types of sets will be featured in the coming weeks and months, it’s important developers don’t forget the massive success these prospect cards have provided early on. Keep them coming and keep that segment of the baseball community around.