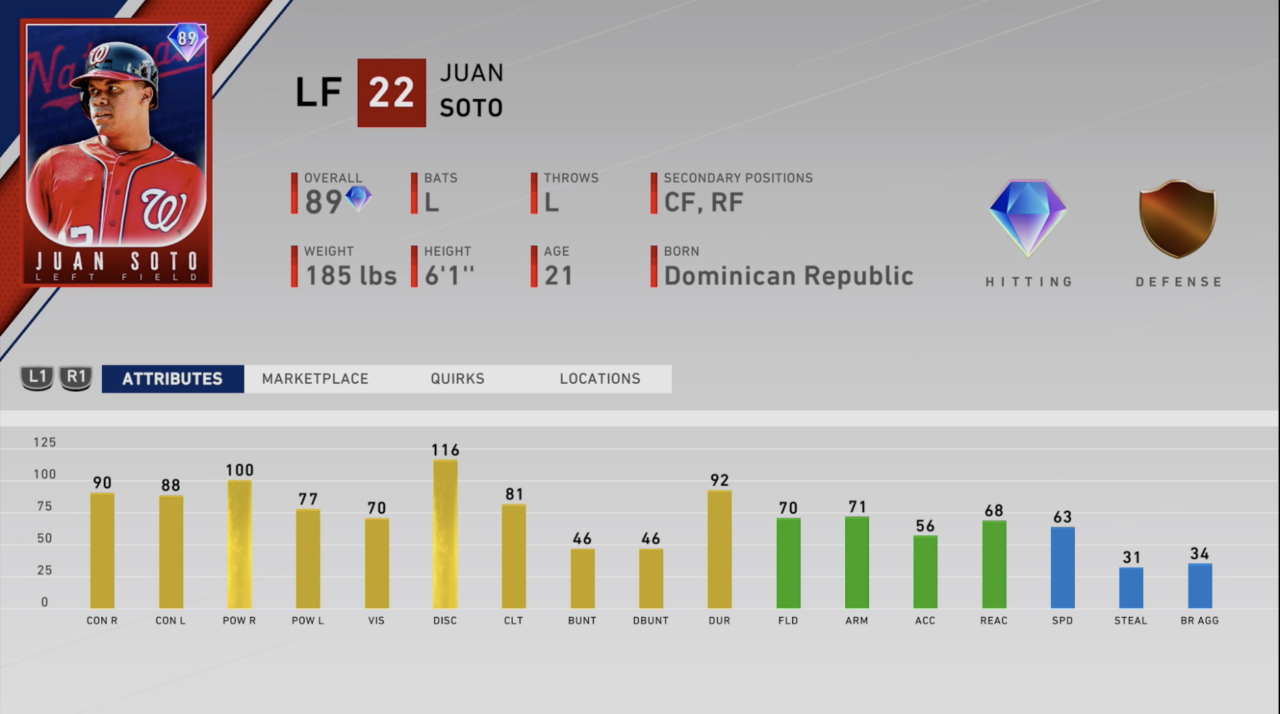 There’s no guarantee the servers will be up and fully functional at midnight, but for the sake of this article, let’s assume everything goes smoothly tonight at midnight EST. If everything works, booting up Diamond Dynasty in MLB The Show 20 might be a daunting task if you have never played it before, but I want to give you some basic opening night Diamond Dynasty tips so you don’t make any “major” mistakes with your starting Stubs. 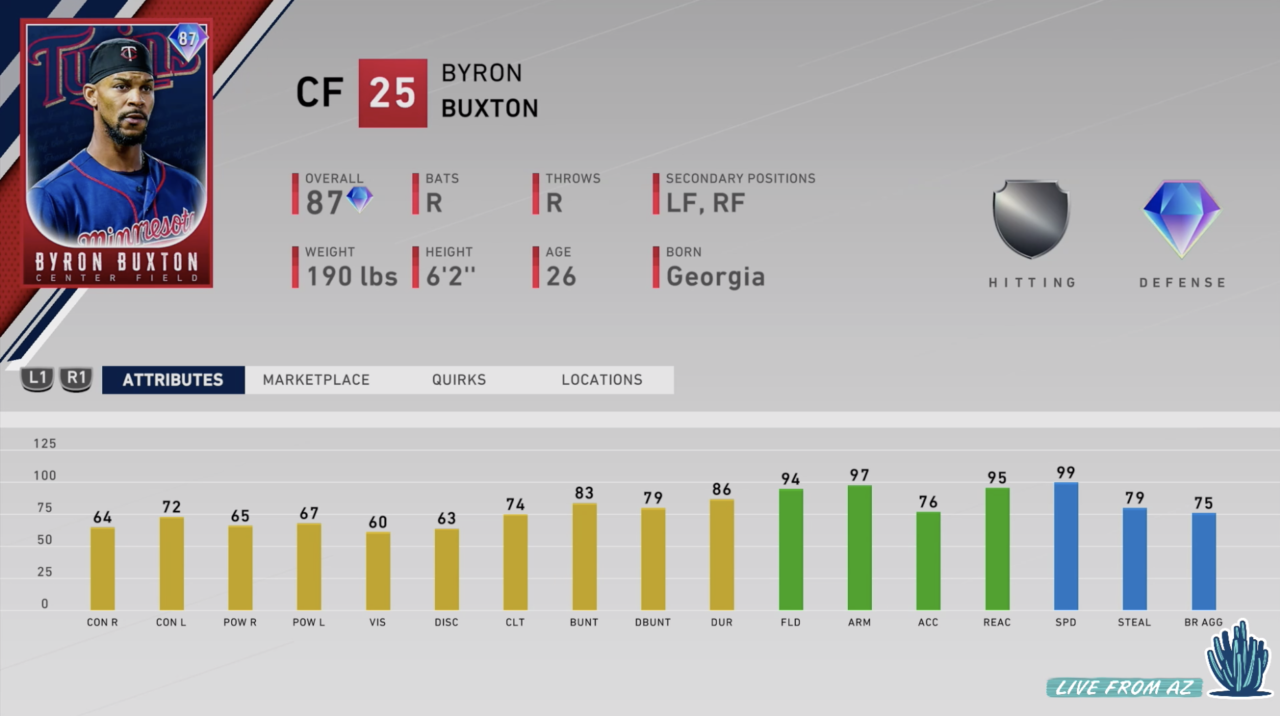 A good rule of thumb on the first night or two is if you pull a low diamond (something in that 85-87 range) you’ll generally want to sell it sooner than later. Live series diamonds overall usually hold their value a little better than other sorts of diamonds early in the game, but it’s still usually better to cash out. There are some exceptions to this rule, such as if a team only has one Live series diamond player. That card may go up a little more than other low diamonds on a team where there are multiple diamond players, but I’m talking in generalities here.

That being said, if you pull a high-rated diamond player (the Mike Trouts and such of the world) just hold on to that card, do not sell it. There are only so many Stubs out there at the start, and while some “whales” will load up their accounts and buy most of the best players right out of the gate, players like Trout go up in price not down as the year progresses. 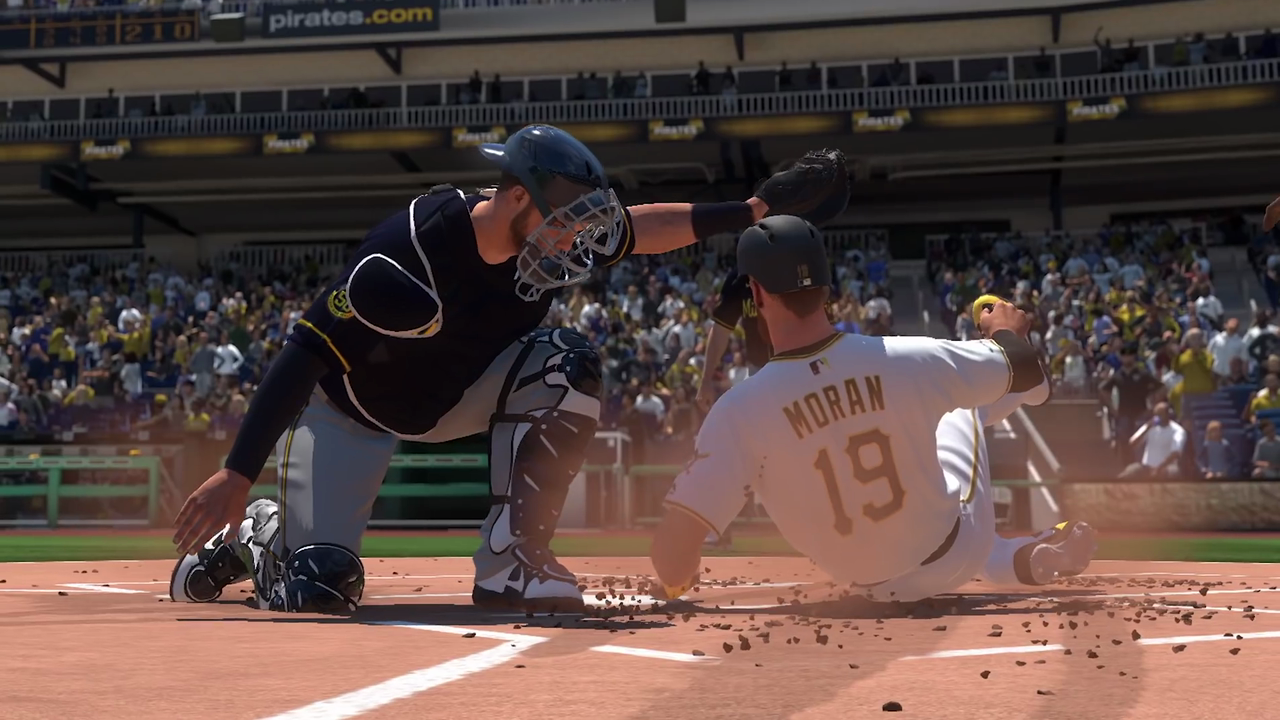 Similar to the above as it relates to low diamonds, it’s not a bad idea to sell most of your silvers and golds that you are not actively going to use right away. Some Live series teams only have a gold player and no diamonds, and that gold will usually be at its highest price during the first night or two the game is out. With basic silvers, it’s all but guaranteed they will drop a lot in price the longer the game is out so your best chance to make Stubs on them is usually during that opening phase.

Live Series Vs. Other Series 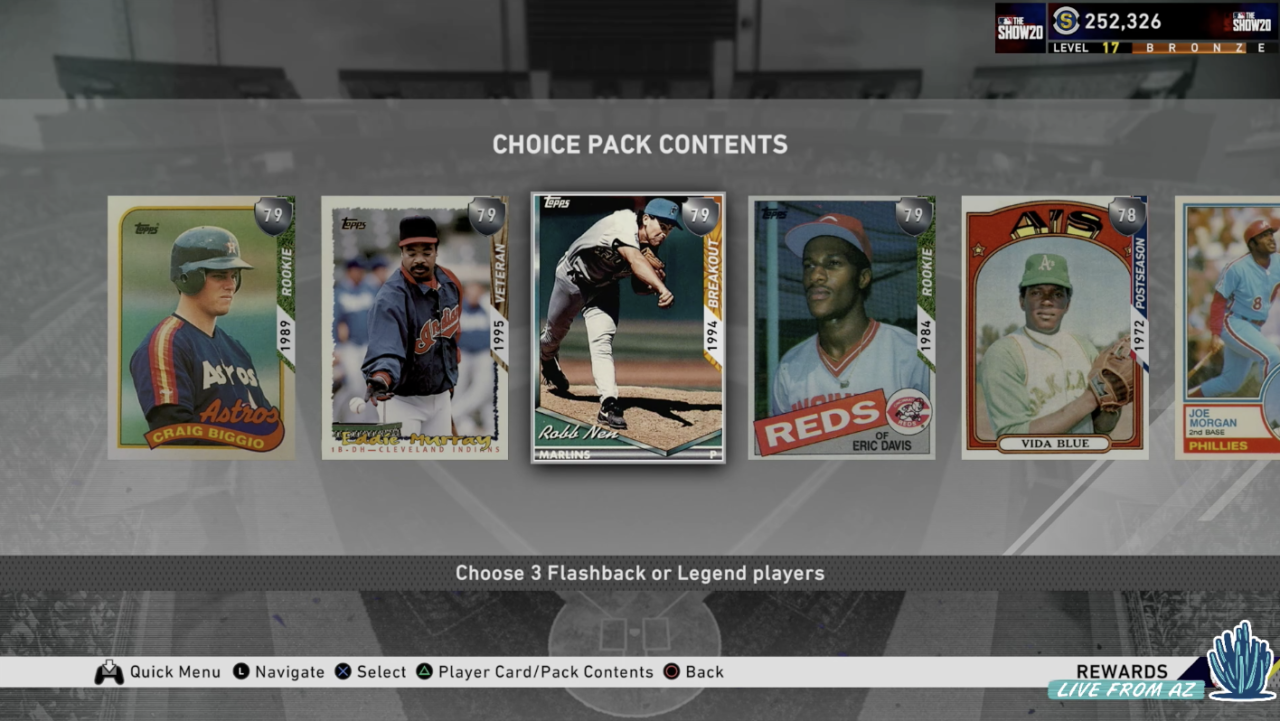 As a rule of thumb, Live series cards do fluctuate in value more than other series. There is not much of a tip here beyond being aware of that aspect. You’re going to see Live series cards jump around a lot in price early in the game so just try to keep calm and not focus too much on the fluctuations if you’re getting antsy about selling or buying at the right time. After you study a card on the market for a day or two, you’ll usually have a good grasp of when it’s the right time to buy or sell it. 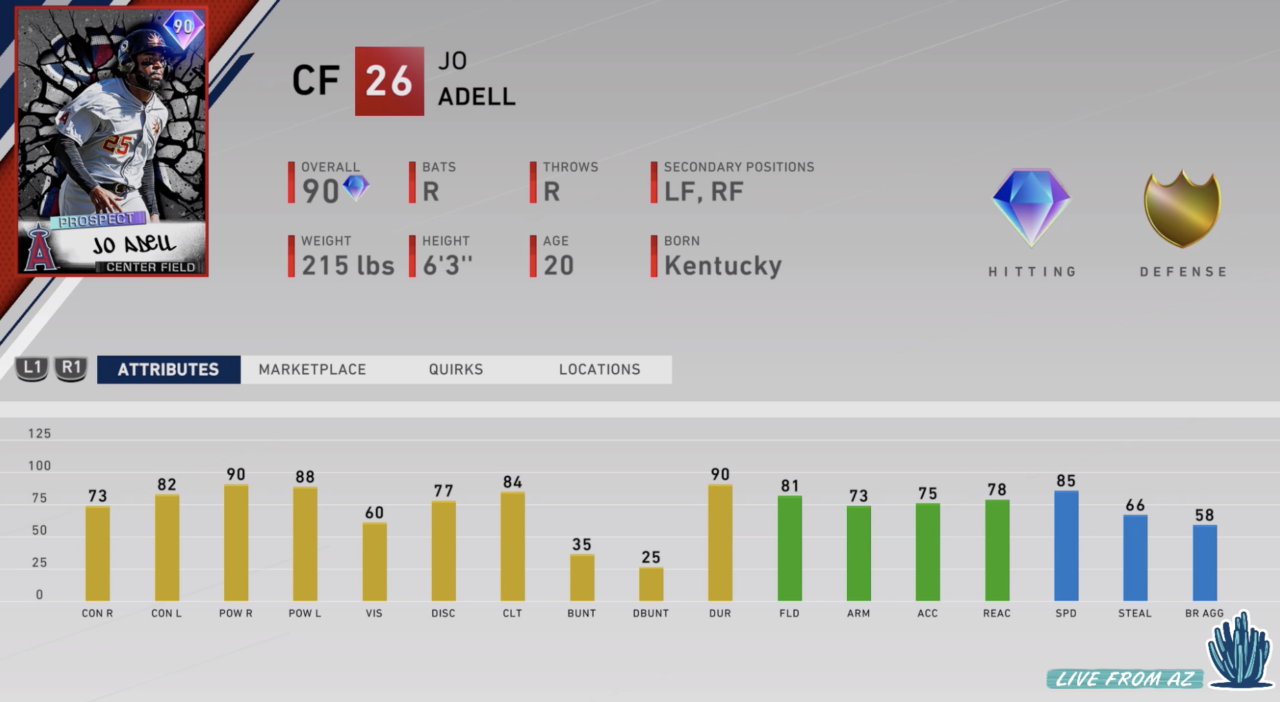 Look, no one knows yet what will happen with the MLB season. However, if it were to be delayed due to COVID-19 concerns, that would hurt the concept of investing in Live series players. Some people really try to get in early on some silver and gold Live series players because they think those MLB players will be poised for a breakout season. Yes, you can get very Stubs rich doing this, but don’t invest what you can’t afford to lose because there is uncertainty there right now.

Beyond Live series players, investing is not something you should focus on much early in the game. It’s very hard to know what players will be “meta” right away, and so it’s a major guessing game trying to decipher all of that. Instead, I recommend saving your Stubs for the most part and just trying to live with a team you don’t love at the start. It will pay off later if you can hold off on buying cards at first. 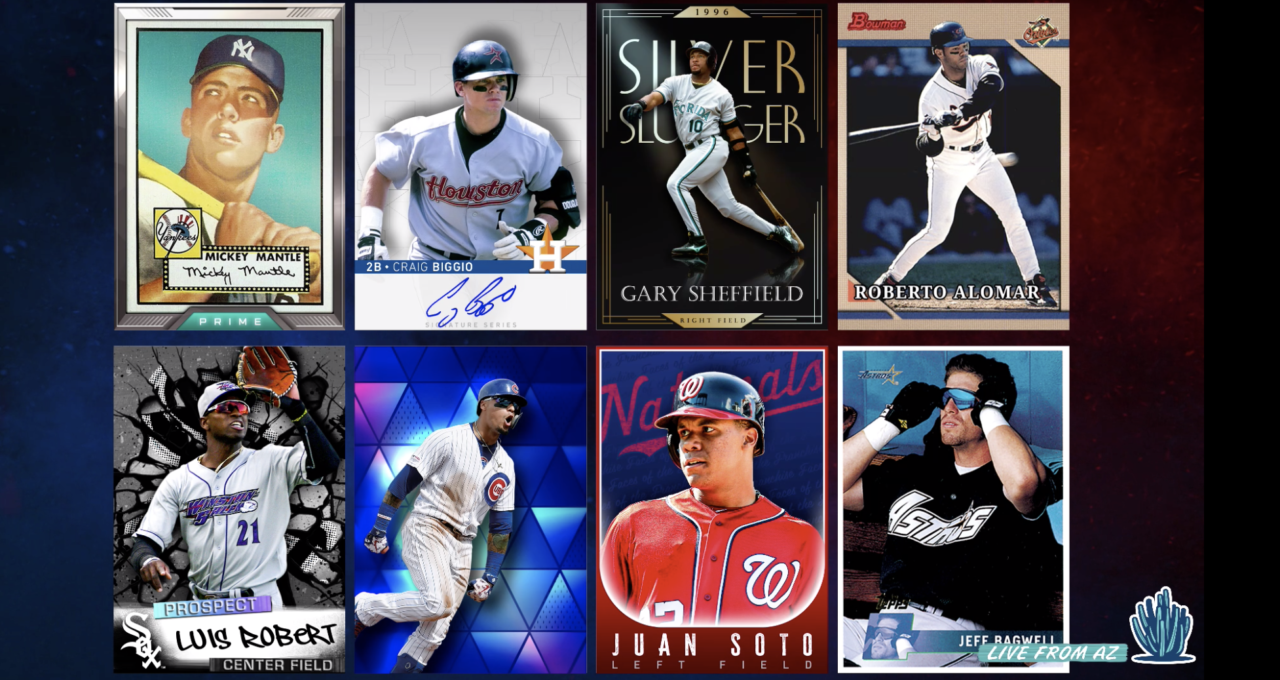 Don’t worry about collections too much at the start of the game. You might want the reward player for a specific team so I’m not going to tell you to avoid overpaying for your favorite players. Still, collections are a Stubs loss at the start of things — and really at most times until closer to the end of the year, but that’s not relevant here. The point is if you really try to buy up all the bronze, silver, gold and diamond players for some of these teams when the game launches, you will be massively overpaying.

The same goes for other things beyond players. There’s usually gear collectibles and other miscellaneous items, and you should avoid buying those to get some Stubs and XP. It’s a blast leveling up and getting those new XP rewards, but don’t try to go out of your way to ramp up to them because you’ll cost yourself some Stubs in the process. 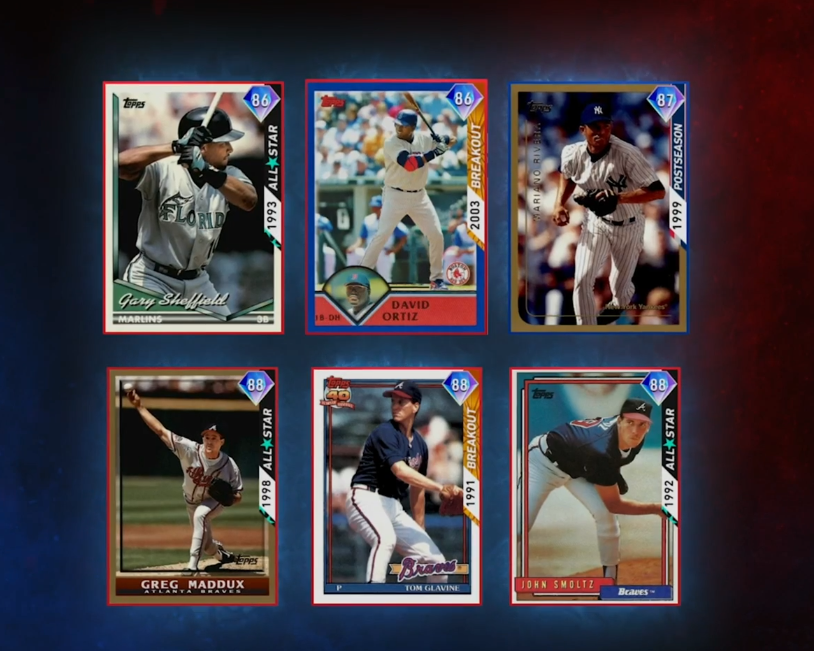 I never feel more inclined to spend real money on Stubs than that opening night, but I’ll tell you right now to try and avoid doing it. Your Stubs will not go as far that first night as they do every other night. Beyond that, I usually tell people to buy players with their Stubs and not packs, but the exception is actually that first night or two. It’s not a terrible gamble to open packs the first night because you’ll get a better return on bronzes and silvers than usual, so you can usually get closer to breaking even if you don’t hit on a diamond or gold. 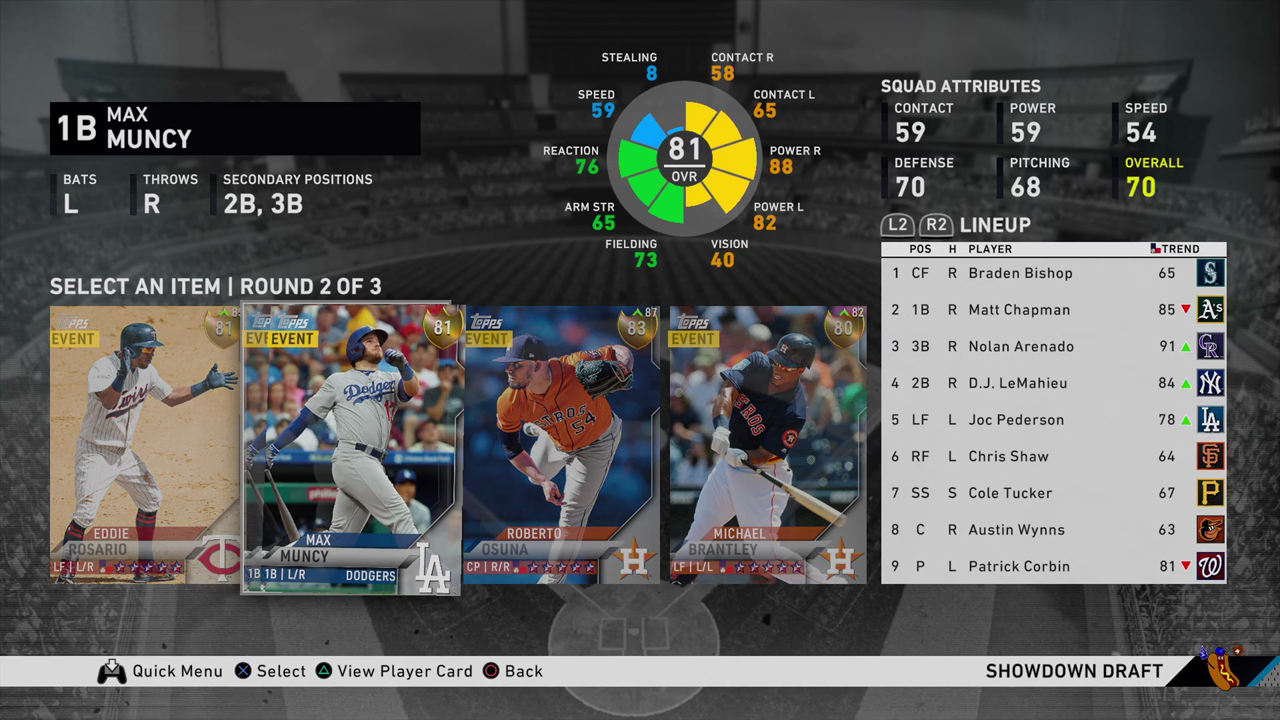 MLB The Show’s Diamond Dynasty mode remains the fairest and least “pay to win” of the card-collecting modes out there. Do not feel like you need to boot up the game and start grinding for Stubs. You’re going to accrue more than you think just playing the game normally. But if you do want something to “grind” on the first night, Conquest is usually still a safe place to start. You’ll get some packs, players, Stubs, and you’ll get used to just playing the game as well. The new Showdown mode also seems like a good way to grind early on if you want to go down that path. Lastly, the Team Affinity rewards from March to October look better this year so that’s a solid place to start as well if you care more about players than Stubs.

Comment on this article
Continue Reading
You may also like...
Related Topics:Diamond Dynasty, MLB The Show 20, spotlight