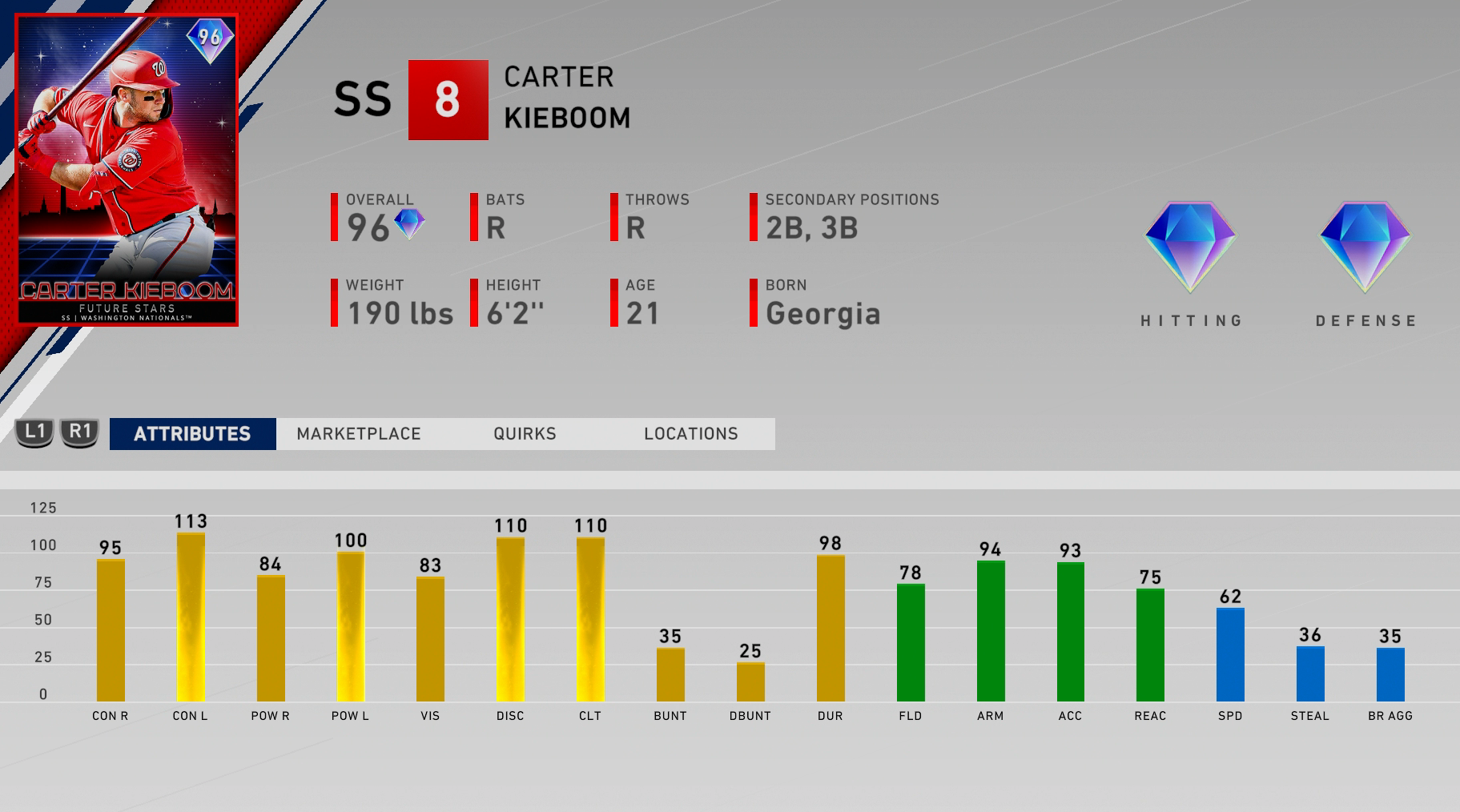 Headliners Set 22 Carter Kieboom replaces Signature Series Cole Hamels in Headliners packs today. Future Stars Carter Kieboom is a 96 overall. Kieboom adds to the embarrassment of riches we currently have at SS. He is right-handed hitter who does also have secondary positions of 2B and 3B. He has dominant numbers against left-handed pitching, and overall his stats look great across the board except for speed. Since he’s a Future Stars player, I don’t really have much of an opinion of experience with him based on prior games. So, I guess I will just say I’m a big fan of Kieboom as a prospect long term.

Here are his full ratings: 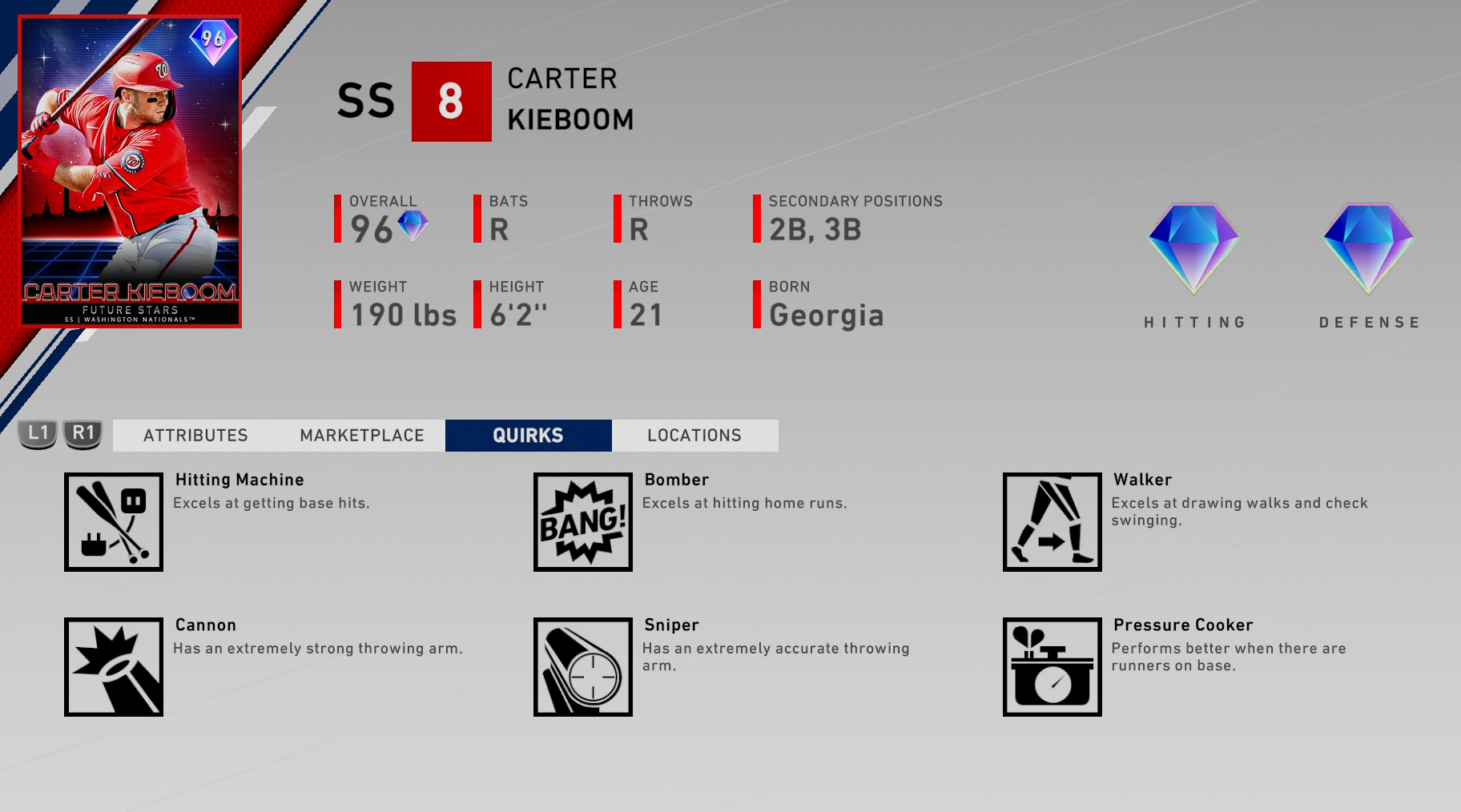 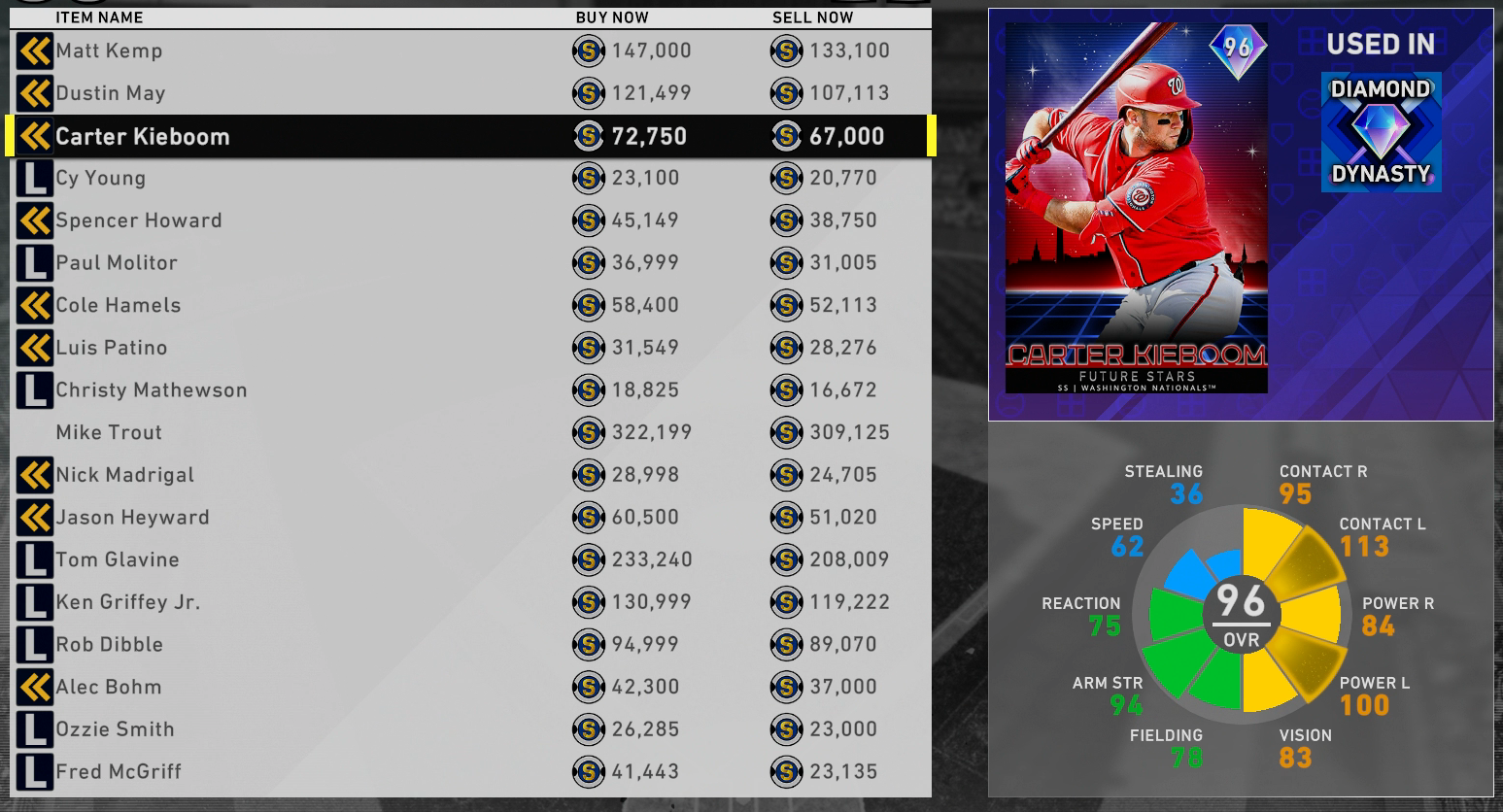 The odds on the Headliners packs remain the same as always, so good luck if you try getting him in packs as you’ll have a 1:10 chance at a diamond, albeit that diamond might not be Carter Kieboom.