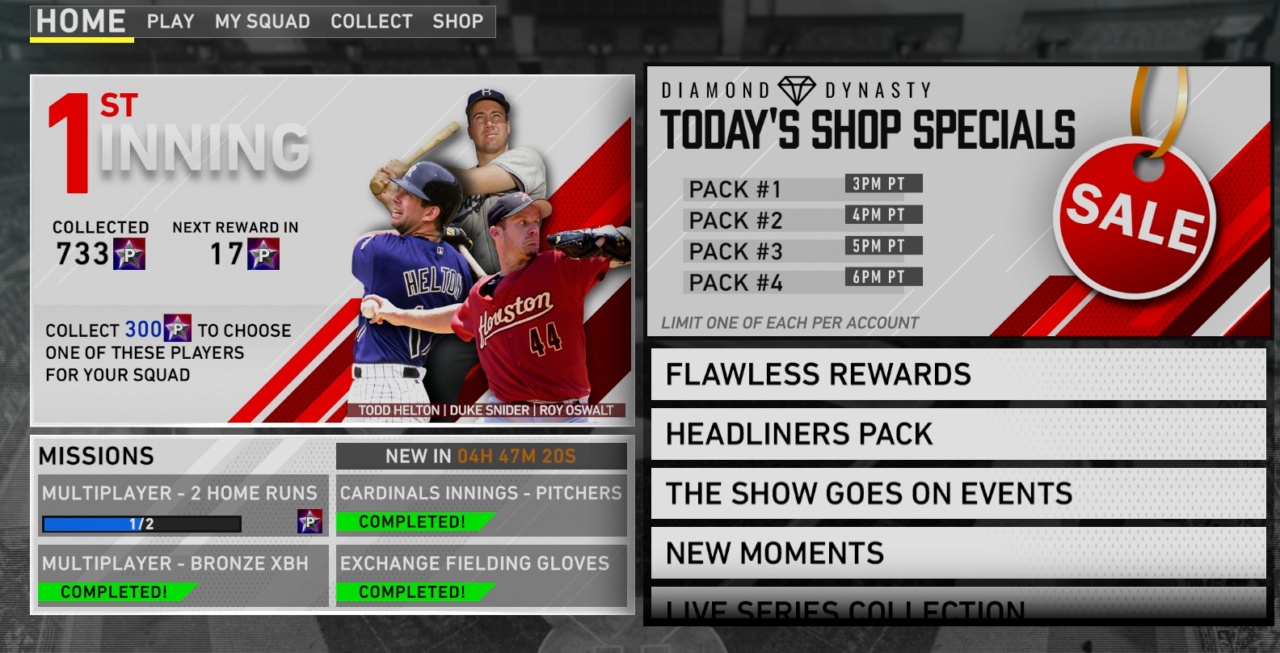 SDS has been dropping mini-reveals for the Second-Inning Program the last two days. We first got the reveal of Second-Inning Boss Joe Carter.

He is a 93-overall diamond who will be rocking his Blue Jays uniform in his card. Carter has been a mainstay of previous Diamond Dynasty iterations, but I don’t think he’s ever really been showcased like he will be by being one of the three bosses.

The other boss reveal came today.

Bob Feller and his goofy grin are a more known combination in Diamond Dynasty circles. He will also be a 93 overall and should most likely have an Outlier quirk that allows his fastball to consistently hit 100+ mph.

The Second-Inning Program goes live tomorrow around 3 p.m. EST so be sure to get as many stars as you can for the First Inning if you’re still trying to get to certain goals.

Beyond the new program, there will be Shop sales throughout the night.

Starting at 6 p.m. EST, we’ll get one sale every hour until 9 p.m. EST. The limit on each pack will be one per account, and it’s unclear if these will be limited flash sales like they tried out last week. The flash sale was mostly criticized for how hard it was to get a pack, so we’ll see if SDS tweaks anything this time around.

Update: no limits on total packs, just limit per account.