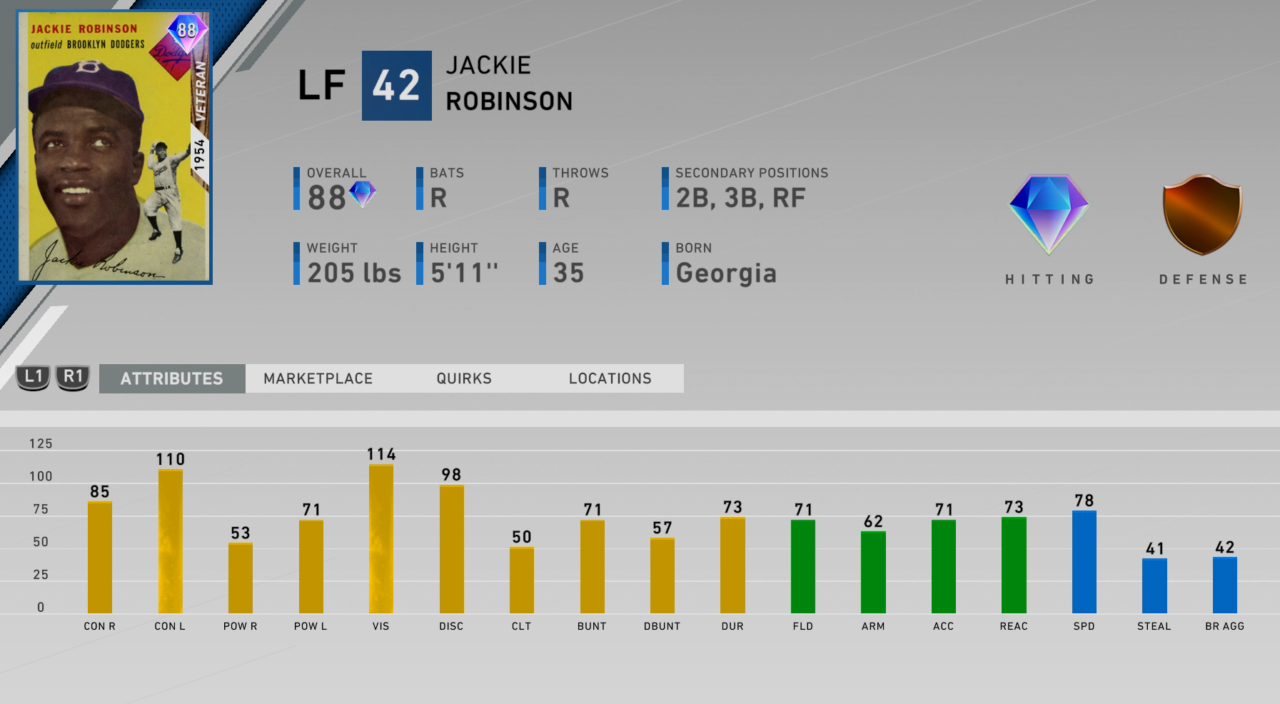 As usual on Jackie Robinson Day, The Show developers have released Jackie Robinson-specific content. This time around it’s an Evolution program aimed at getting both a gold and diamond version of Jackie Robinson in MLB The Show 20. It’s a program with more heft than any other specific player program so far, so let’s dig into what’s here.

(Update: A new part of the Jackie Robinson program is coming out on May 15. The missions for Stage 2 of the program were updated at some point prior to this. These three missions give you a chance to earn +15 points in case you were struggling to complete the program.) 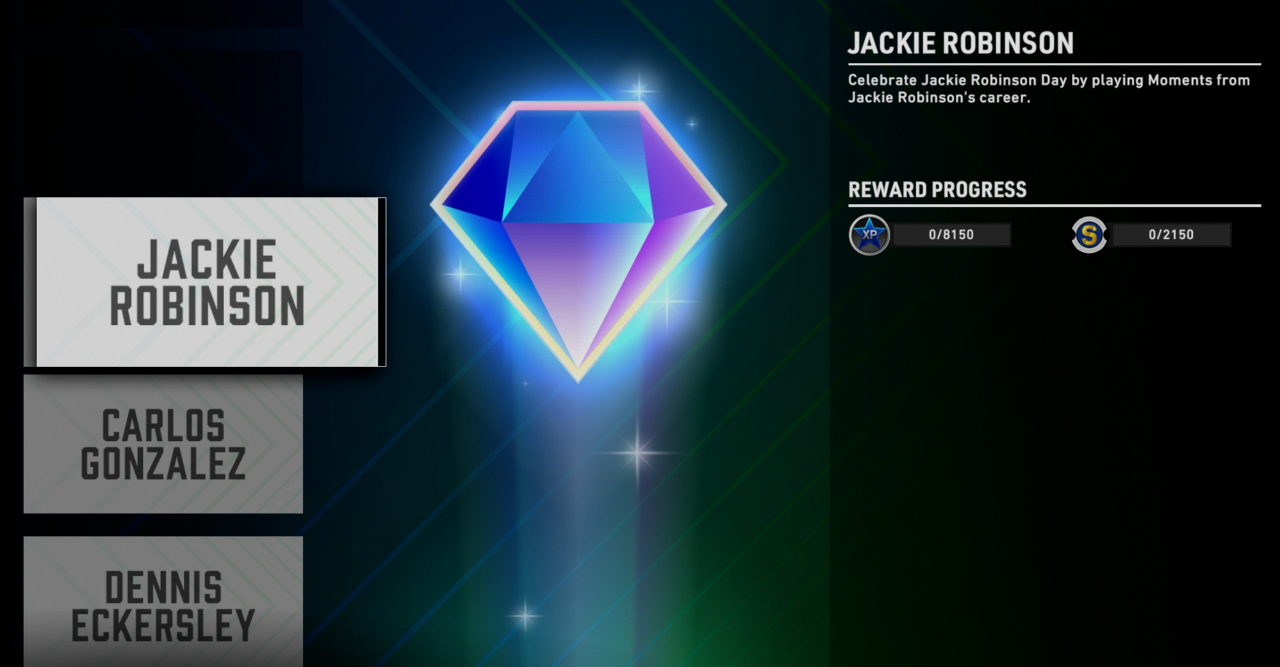 There are 105 points associated with this program (you can get 140 points if you do all the missions and moments, but there’s no need to do that), and like other Evolution programs, the program is two-tiered in how it opens up. You need to get to 35 points to unlock gold Jackie Robinson, and then fresh moments/missions will open up at that point for the diamond version. You will need 95 points in order to get the diamond Jackie Robinson.