It was around the same time last year, we starting seeing MLB The Show 18 news come in. Today, the official Twitter account has teased some news on MLB The Show 19, coming tomorrow.

If it’s anything like last year, we could see a trailer from MLB The Show 19, or maybe just an announcement of one coming soon. We could see the Twitch stream schedule of events, maybe some gameplay and screenshots. It’s anyones guess.

Could we see the cover athlete, Bryce Harper, announce the team he’s going to sign with and reveal the official cover? Not going to lie, that would be dope. 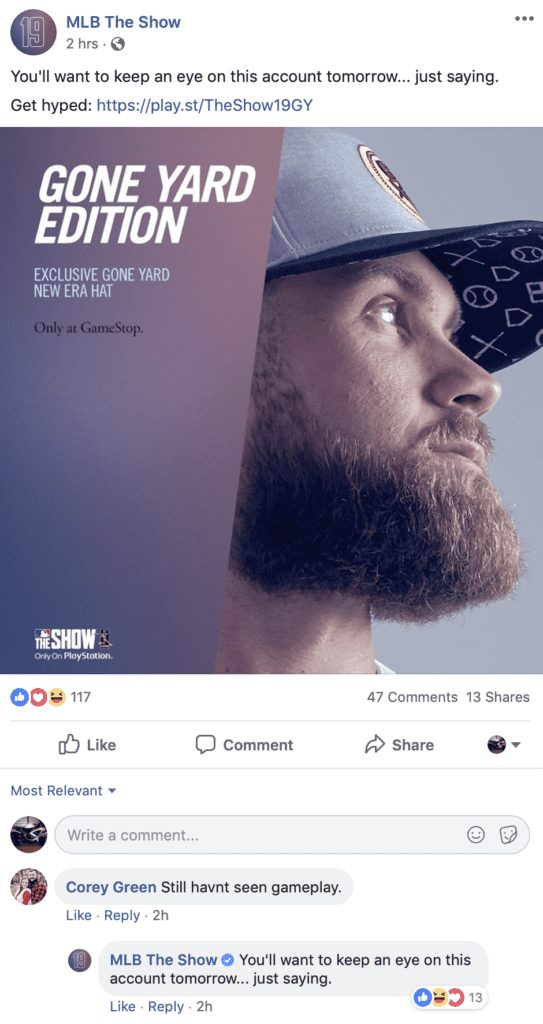 Either way, at this point, any news is good news. What are you hoping to see tomorrow?