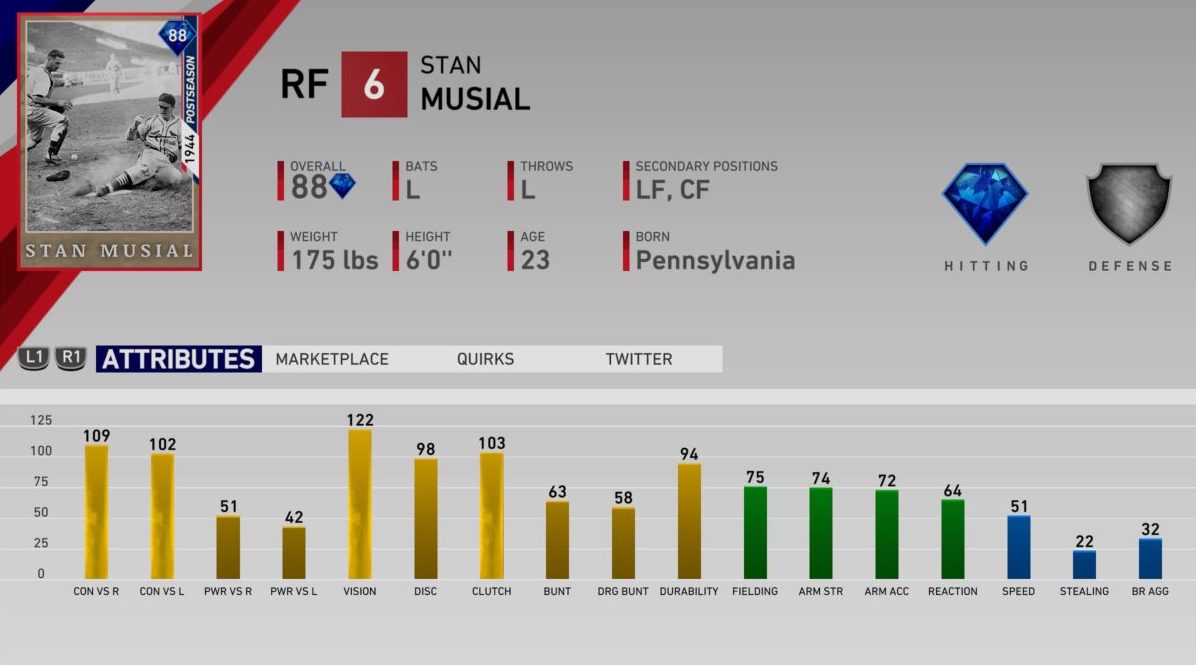 Keeping up with the Signature Series releases, we now have our third known card coming tomorrow:

The Stan Musial will join the 99 club and also join a crowded group of endgame beasts in RF. The greedy person in me would have liked to see a different position, or even a right-handed hitter, but Musial continues the trend of popular Diamond Dynasty Signature Series reveals. It also plays to the Cardinals fans, who are a special brand of hardcore about their players. I would imagine this card will have maxed out contact and vision, but he’s going to lack a bit in power, which will probably put him behind guys like Bellinger and Yelich for some folks.

That being said, we’ve seen since the start with guys like Ichiro and Lofton how strong good contact can be, and so Musial will be a good guy to slot into that 2-hole for many folks. At worst, you know you can bring him in to pinch hit in a tight spot where you just need to get a run home.

The last Signature Series reveal comes tomorrow, and I believe that means the Battle Royale reward is the unknown one at this point. We’ll know for sure when Sony dishes out the information.