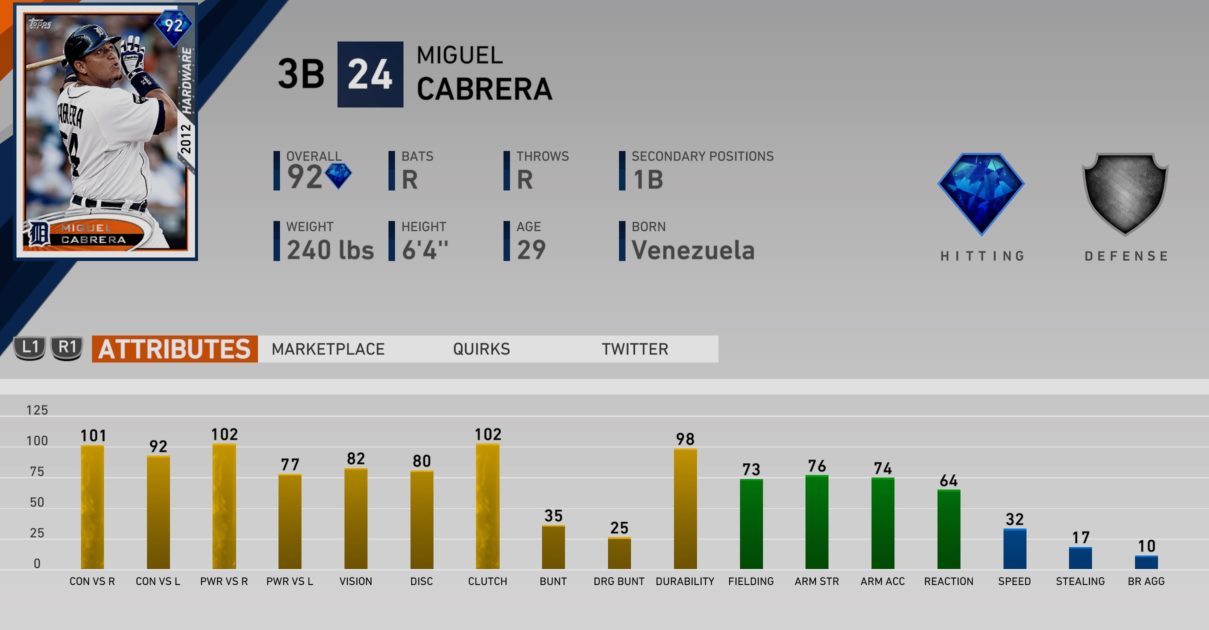 If we’re going by fan favorites in video game form, The Show development team is now two for two in selections. There was speculation this may be Joe Carter or Orel Hershiser due to some context clues. However, it’s a nice surprise to instead be getting a 99 overall Miguel Cabrera. The other big thing here is that he will have a primary position of 3B. I doubt he will have diamond fielding (nor should he), but Cabrera is another player people usually love to use in The Show.

If his fielding is good enough, he could instantly become a top pick at the hot corner, even in the 99-overall world we now live in within Diamond Dynasty. If he has a secondary position of 1B, he will also have that going for him as backup option. There are a lot of ifs there, but all of them more or less have a positive outcome for this card.

Finest cards have become the new craze in Diamond Dynasty, but with these first two Signature Series reveals, it looks like the development team is looking to try and balance out the hype once again.