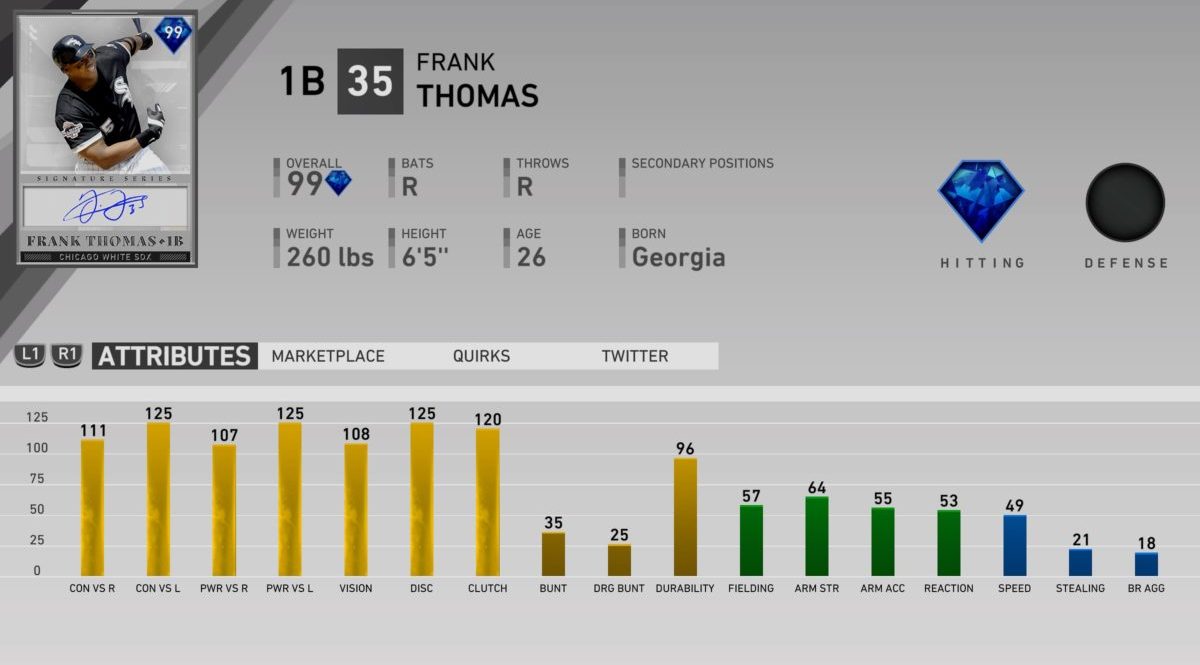 The Show developers were back on Twitter showing off their metrics from this year’s game once again as they revealed that Frank Thomas has hit the second-most homers in Diamond Dynasty this year with 3.35 million homers.

This more than double’s third-place Cody Bellinger’s 1.6 million homers and I am shocked to see such a wide chasm between the two. Frank Thomas was attainable shortly after launch if you were grinding things out, but Bellinger still had a head start on him. In addition, Bellinger had multiple versions of his card while Frank Thomas just had the one version.

That being said, Frank Thomas is still arguably the best 1B in the game — and he was available on day one — and he’s probably been in some lineups every game he’s been available to be used. He was also one of the first 99 overalls people could snag. With Bellinger, there were so many good outfielders available that it was easy to take him out of the lineup, and he did not have a 99 overall version until the Finest came out.

The question will be who is number one now. I have to believe it may be Gallo because he was a silver you could even use at the start of the year. However, I won’t be shocked by Pete Alonso or someone else with a lot of card versions who came out this year. However, I will be shocked if someone like Griffey Jr. is the leader because he came out later in the season.

Speaking of Diamond Dynasty, Finest Event 3 is ongoing. This seems like an event where you just put all the best players in your lineup and then fill it with leftover trash to keep it at 90 overall or below. This is otherwise known as shove as many bad bullpen and starting arms as you can in your rotation while still getting away with having enough pitching to finish out three innings.