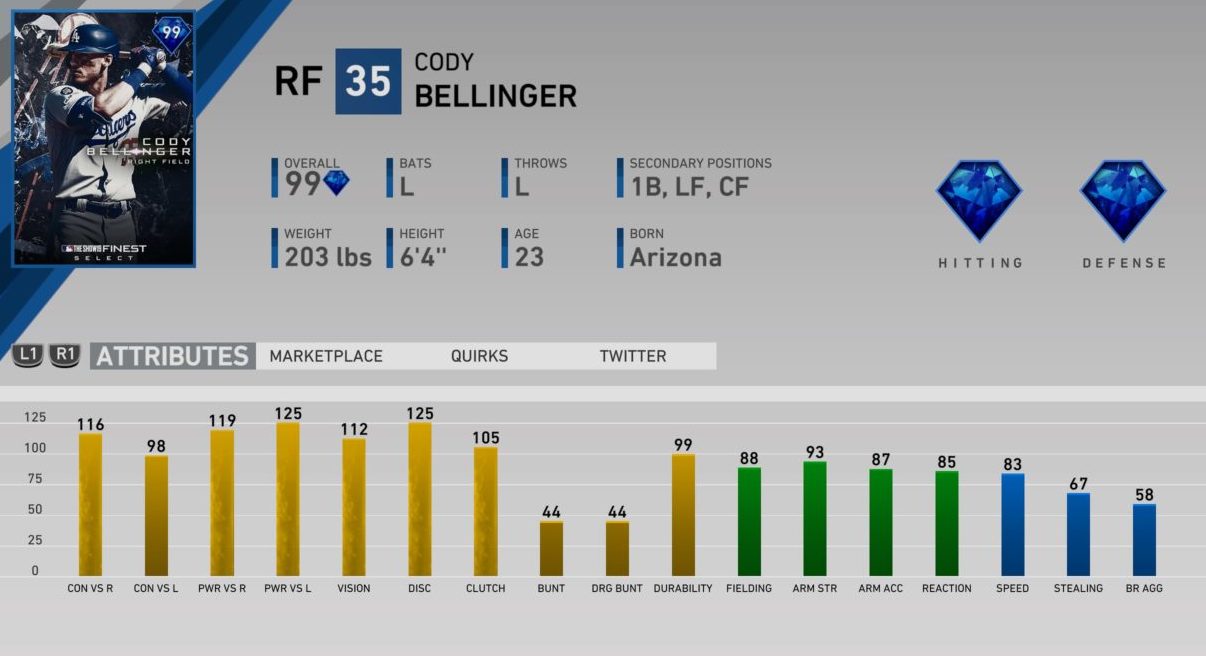 I love metrics and stats. I’m sure all these developers have tons of numbers that they don’t share with us, but I love stuff like what The Show developers posted today on Twitter:

That’s a whole lot of home runs, 1.6 million of them in fact, for Cody Bellinger. The thing about these stats is they make sense when you factor in that this includes all versions of the sweet-swinging Bellinger.

All three of his cards are ones that have fit into the meta at various points throughout the cycle of the game. Bellinger got off to such an insane start, that people were using him right off the bat. At the start of the year, he was also very affordable so many people probably got him into their squads before his price exploded. By the end of April, he got one of the best cards in the game at the time with his Player of the Month card. It was hard to acquire (see: expensive) so that probably did not help his totals as much as it should have.

His regular Live series card eventually became a diamond, which probably gave him a new boost in lineups. He wrapped up his dominance recently with a Finest card that is easy to argue is one of the top five best cards in the game. However, these Finest cards have hit when the popularity of the mode is dwindling a bit, which hurts his numbers.

So at the end of the day, you have a player who has an easy swing on a popular team who got three very good cards throughout the season. He was part of the meta, and the problem was maybe that his defense held him out of some lineups until the Finest version popped up. His power also was not his only appeal as he was just an overall dominant hitter.

The top two picks will be interesting to see, but guys like Joey Gallo, Frank Thomas and Pete Alonso have to be among the top contenders.