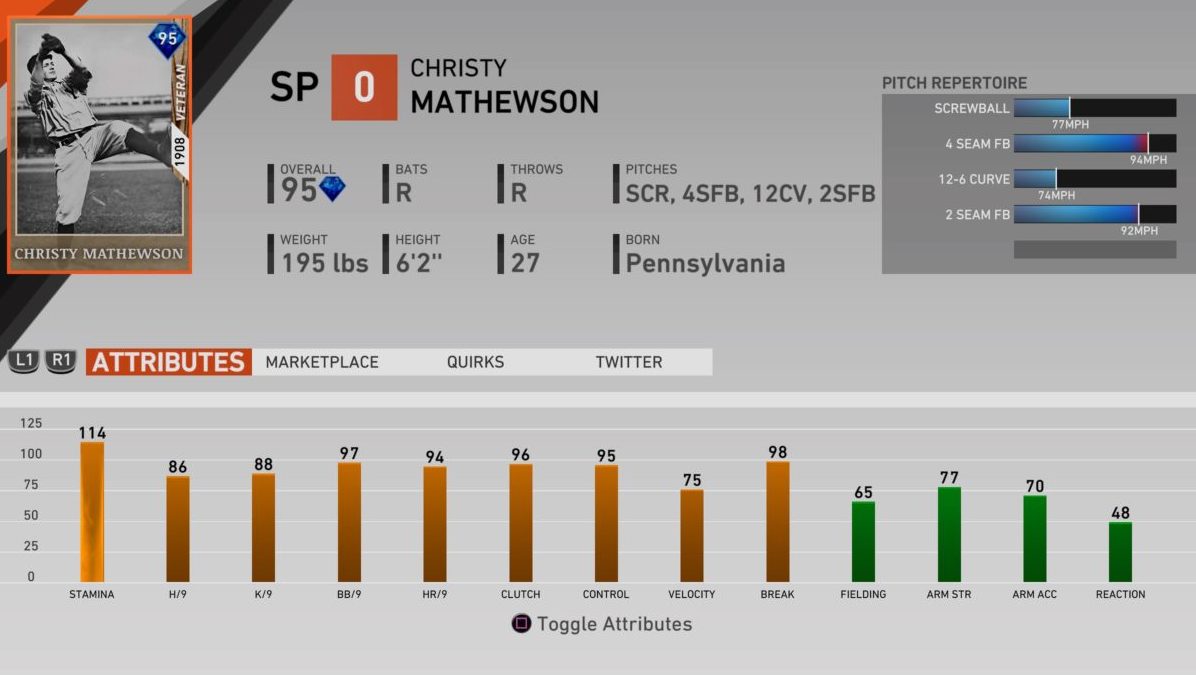 Who’s ready for some slow-mo, overly extended windups in MLB The Show 19?

Awwww yeah, that’s right Christy Mathewson is the second 200 Star reveal for the 10th Inning Program. Continuing the trend of having 99 overalls as 200 Star rewards, Mathewson joins the club with Dale Murphy as a potential selection when you hit your milestone in the upcoming program.

All jokes aside about his slow windup, Mathewson is a great card in Show. He has a screwball, a good heater and a relatively slow curveball that make him tough to deal with already in his 95 overall form. I would expect this card to be even more of a threat, perhaps even getting 125 stamina to go with his already potent pitch repertoire.

I have no idea who the third 200 Star player could be, but I would suspect someone from the 2000s since we got Murphy and Mathewson so far filling out two older eras. 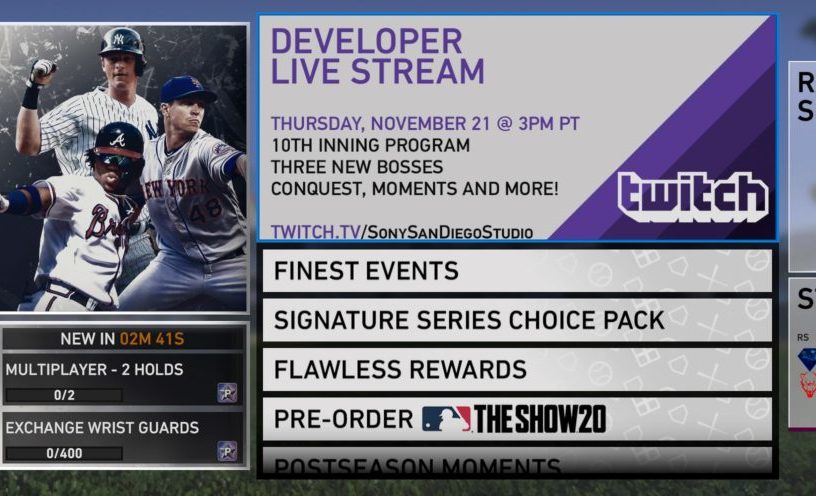 We also won’t have to wait long to know everything there is to know about the 10th Inning Program as Sony San Diego has their stream tomorrow at 3 p.m. PST. Before that, we’ll get the last 200 Star reveal in the morning, and we’ll be off to speculation city after that to try and figure out who the bosses will be (Pujols, Trout, Freddie Freeman, mystery player?).