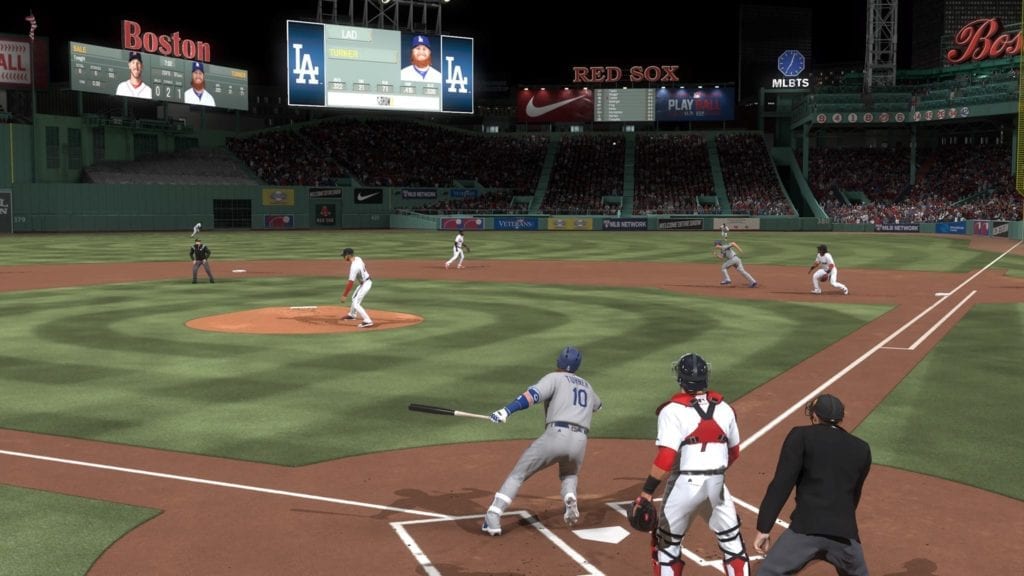 Fall is finally here! Cue the chai tea pumpkin spice lattes, neighbors alarmingly overeager about Halloween (we get it, Gary, you like it more than Christmas), and frantic dashes back into franchise mode of MLB The Show to right the wrongs of our October heartbreaks.

Put those sleepless nights behind you because we at Operation Sports have what you’ve been waiting for: an MLB The Show simulation of the World Series. It was conducted in postseason mode with current rosters and without any outside interference from a human player. The postseason simmed to Dodgers/Red Sox on the first try (fate!) and, outside of the Red Sox sweeping my beloved Astros (existence is misery) and the Cubs sneaking into the Division Series, everything else shook out as it did in real life. Looks like Steven Wright even made it onto the Red Sox’ World Series roster, which means the knuckleball is alive and kicking for at least four more games.

Two of the teams with the three highest payrolls (sorry, Giants fans) clash tonight in a seven-game showdown with some of the game’s most exciting young talent, beloved veterans looking to exorcise postseason demons, and two titanic organizations. Who will win!?

Clayton Kershaw scatters 8 hits over 6 innings, allowing only a JD Martinez solo home run and striking out five. Meanwhile, Chris Sale gets tagged for 4 earned runs on 11 hits while striking out 9. Pedro Baez and Matt Barnes each give up a run, but Kenley Jansen closes the door on the Red Sox to start the series. Chris Taylor, Kiké Hernandez, Justin Turner, and Cody Bellinger each get three hits off of Boston pitching. JD Martinez goes 4-5, and the bottom half of Boston’s lineup goes a combined 3-for-15.

Few anticipated this lineup to drop the first two games at home to the Dodgers, but this one is a slugfest. Kenta Maeda and Rick Porcello each only last 5 innings and allow 4 and 6 earned runs respectively. Heath Hembree allows a home run to Bellinger, one of three Dodger home runs (Yasiel Puig, Matt Kemp). JD Martinez finishes the evening 0-4 with a sac fly, but Kinsler and Bogaerts pick up the slack. Manny Machado collects his first hit of the Series to the tune of a paltry 1-9 through two games, but Jansen shuts it down again.

Red Sox Nation breathes a sigh of relief as Walker Buehler gets shelled for 5 runs in the third inning. Though David Price allows a leadoff home run to Chris Taylor, he twirls another gem and spreads 7 hits and 7 strikeouts over 8 innings. The only other Dodger run comes from another Bellinger home run as they out-hit the Red Sox but just cannot drive any runs home. Kemp grounds into two double plays and JD Martinez strikes out three times, but Eduardo Nunez and Ian Kinsler combine for 5 RBI.

LA has Boston on the ropes, torching Nathan Eovaldi for 7 earned runs over 4.1 innings. Alex Wood picks up the win after allowing 1 run and striking out 5 over 5.2 innings, but every subsequent Dodger reliever gets tagged for an earned run. Both Matt Kemp and Brian Dozier homer twice off of Red Sox pitching, but JD Martinez comes back to life. Joe Kelly pitches a few perfect innings while Devers squanders his start at 3B to the tune of 0-4 with 2 strikeouts. Mookie Betts is moved down to the cleanup spot to see if his hot bat can do more damage with the red-hot Kinsler and JD Martinez in front of him, but he too goes 0-4.

And that’s all she wrote. Sale pitches a gem until the 7th inning, where he’s tagged for all three of the Dodgers’ runs via a Justin Turner home run. Boston’s only run comes from a JD Martinez blast in the first inning, and the combination of Betts, Kinsler, Vasquez, Bradley Jr., and Devers go 1-19. Rich Hill pitches the game of his life, striking out 11 over 7 innings and allowing only 4 hits. Baez comes in for the 8th, and Jansen pitches a perfect ninth to give the Los Angeles Dodgers their 7th World Series title, their first since 1988.

There you have it. Meanwhile, Gary the neighbor has two plastic skeletons sitting in Adirondack chairs in his front yard, one with a Red Sox hat and the other with a Dodger hat. The Red Sox skeleton is holding a plastic machete, and there appears to be a third skeleton face down on the ground wearing Astros gear. Should I be alarmed?

MLB The Show 18 on Sale For $19.99 Through September 24 on PlayStation Store
Sliders: The Good, the Bad and the Ugly