San Diego Studios offered consumers a look into their new game mode, March to October, last Thursday. The mode offers users the chance to try to lead a team of their choosing to World Series prominence, all while dangling end-game rewards should you be successful in that quest. The mode has a lot of promise and provides a more pint-sized approach to controlling a team from Opening Day through October. A few questions remain, but the mode looks like a worthwhile experience.

Much like the previously mentioned Moments mode, March to October offers users the chance to succeed in a multitude of ways. Some tasks including winning a full 9-inning game, while others are smaller in stature, asking the user to succeed in a single at-bat scenario. When successful, you’ll be rewarded with “momentum” points, either good or bad. These momentum points will have a direct effect on how your team performs in games you’re not thrown into.

At the end of the day, it is the user’s job to have enough successful moments throughout the season to get your team to the postseason. The playoffs then offer a similar experience, though it seems users will be required to be even more present and accountable for the team’s success. The entire mode culminates, should you be so successful, with a 9-inning affair in Game 7 of the World Series.

Should you win the World Series, rewards can be bountiful. Cards, profile avatars and in-game sounds are just some of the rewards users can expect with a successful campaign. The harder the difficultly level you play on, the higher the rewards can go. 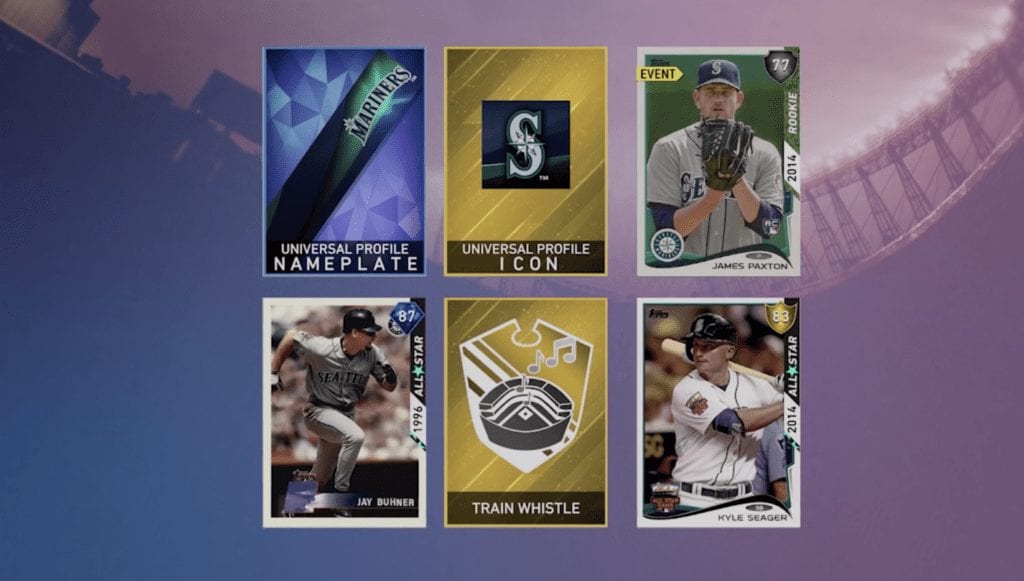 But a few questions remain.

The entire process of selecting a team in the first case is predicated on what type of team you want. Are you going a more favorable route by selecting a “favorite” or a “contender”? Or are you looking to take on a greater challenge by selecting an “underdog” or a “longshot”?

In the example provided, the reward for winning the World Series on legend difficulty with the Seattle Mariners, an “underdog” team, was a diamond, 87-rated Jay Buhner card. So the question begs, if you win the World Series on legend with a more talented team like the New York Yankees — a “favorite” team — will your rewards be smaller? It would conceivably make sense considering the accomplishment would be less impressive by game designer logic.

Because this is a challenge mode, users will all be subject to the Opening Day roster set provided by the developers. Teams will also have the ability to swing one trade during every March to October campaign to improve their team. If you’re simply playing March to October for the rewards, there really isn’t a downside to trading prospects to improve your team.

MLB The Show 19 is looking like a very tied together experience. Game modes communicate with one another, allowing users to jump from mode to mode with crossover results from the other modes. March to October is a good example of that, and looks like a great way for both grinders and casual gamers to enjoy the game in a different way.

Discussion
Click here to reply to the discussion
Continue Reading
You may also like...
Related Topics:baseball, Diamond Dynasty, march to october, mlb, mlb the show 19, spotlight