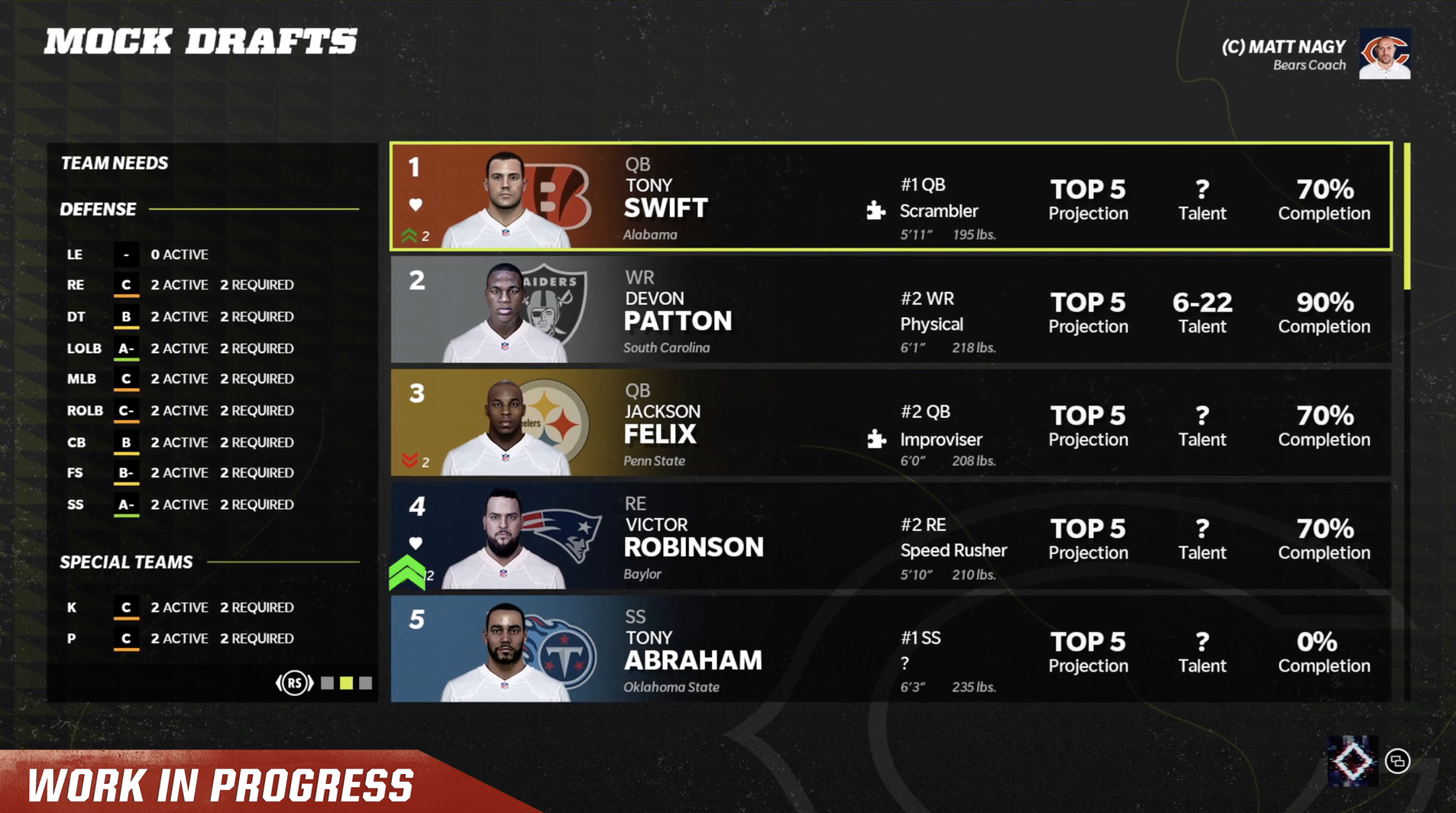 The new season engine emulates the true ups and downs in the NFL, launching with over 35 scenarios with more to come in live services. Scenarios are narrative driven content that start off easy, but increase in difficulty with increased rewards. Make a late round draft pick a superstar, it’s all up to you.

The new Franchise hub includes an activities list to let you know what needs to get done every week, prior to the big game. It also features an updated news tab from around the league, faster access to roster management, more details on the league tab and a members area to better manage your online franchises.

This is just the tip of the iceberg for Franchise Mode fans this week. A couple of podcasts and the Gridiron notes are scheduled to arrive later this week.

Check out the rest of the scheduled Madden NFL 22 events leading up to release below.