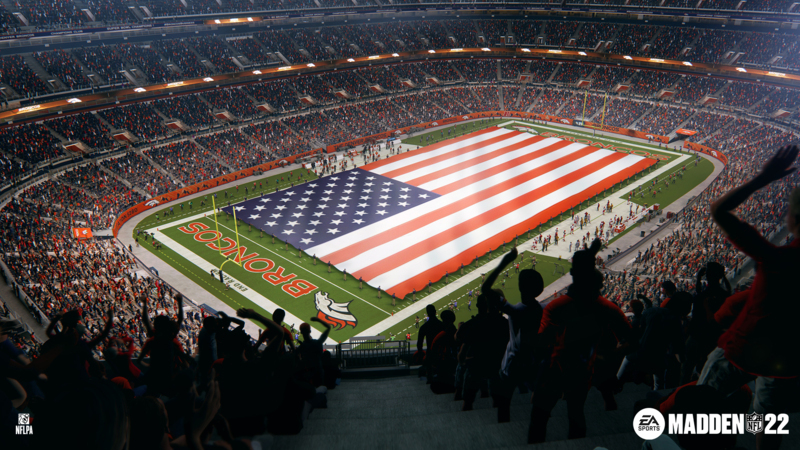 The Standard Edition of Madden NFL 22 releases on August 20, but fans that pre-order the Dynasty or MVP Edition will get it on August 17. For a full list of pre-order details, check out the graphic below and read the official blog. 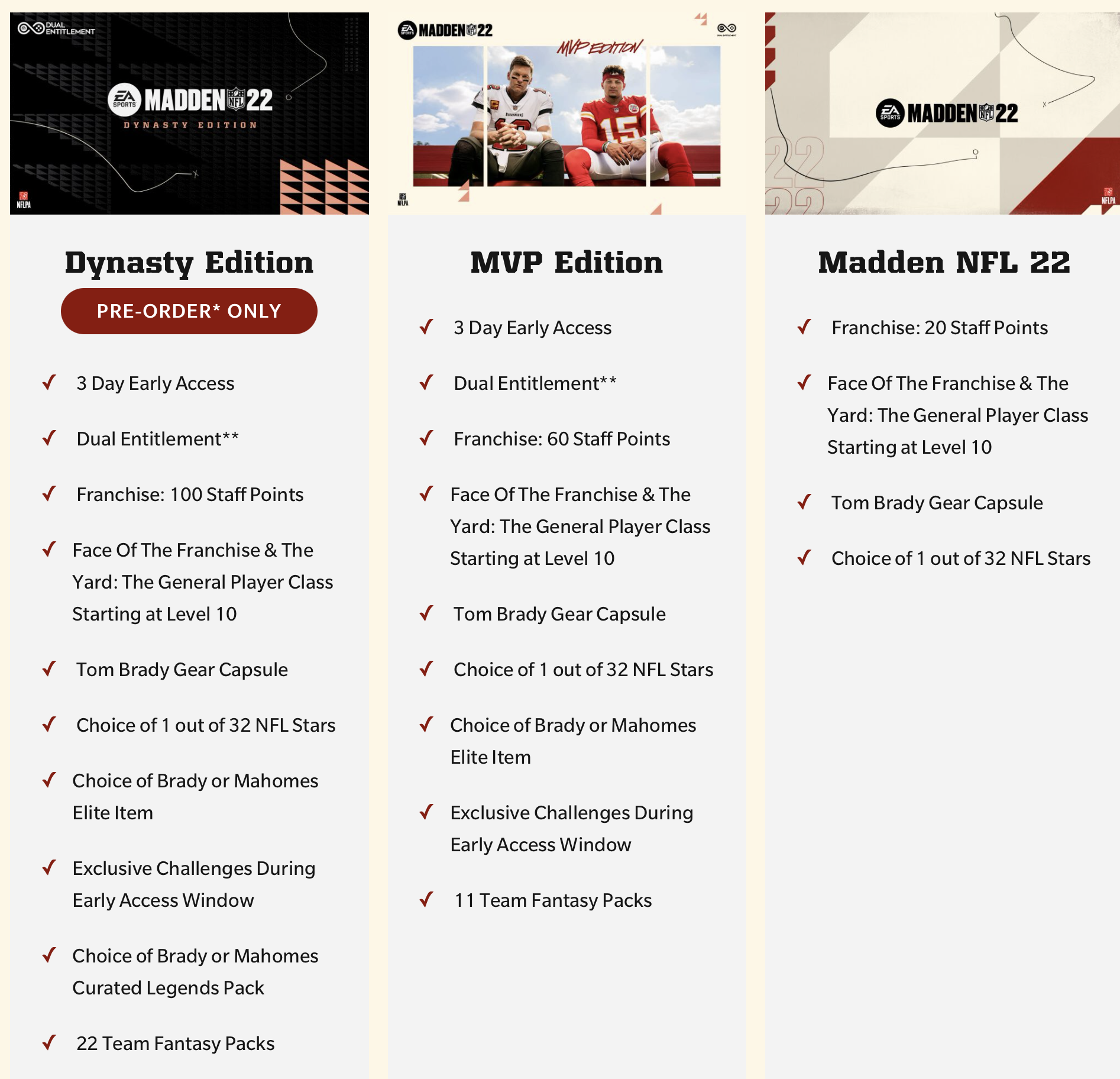 Dual Entitlement returns again this year, allowing fans to purchase Madden NFL 22 on PlayStation 4 or Xbox One and then upgrade to the PlayStation 5 or Xbox Series X|S version for free. However, this only applies to the MVP and Dynasty Edition. For those of you purchasing the Standard Edition, Dual Entitlement will not be an option.

Your Madden Rank, Wallet, Vanity purchases, Avatar look/loadout, and player class progression will transfer over if you upgrade to a next generation console two months after your original purchase.

Here’s a detailed breakdown of what transfers over, by mode:

Tom Brady and Patrick Mahomes Are The Madden NFL 22 Cover Athletes
Madden 22 Early Impressions: 5 Things We Learned from the Reveal