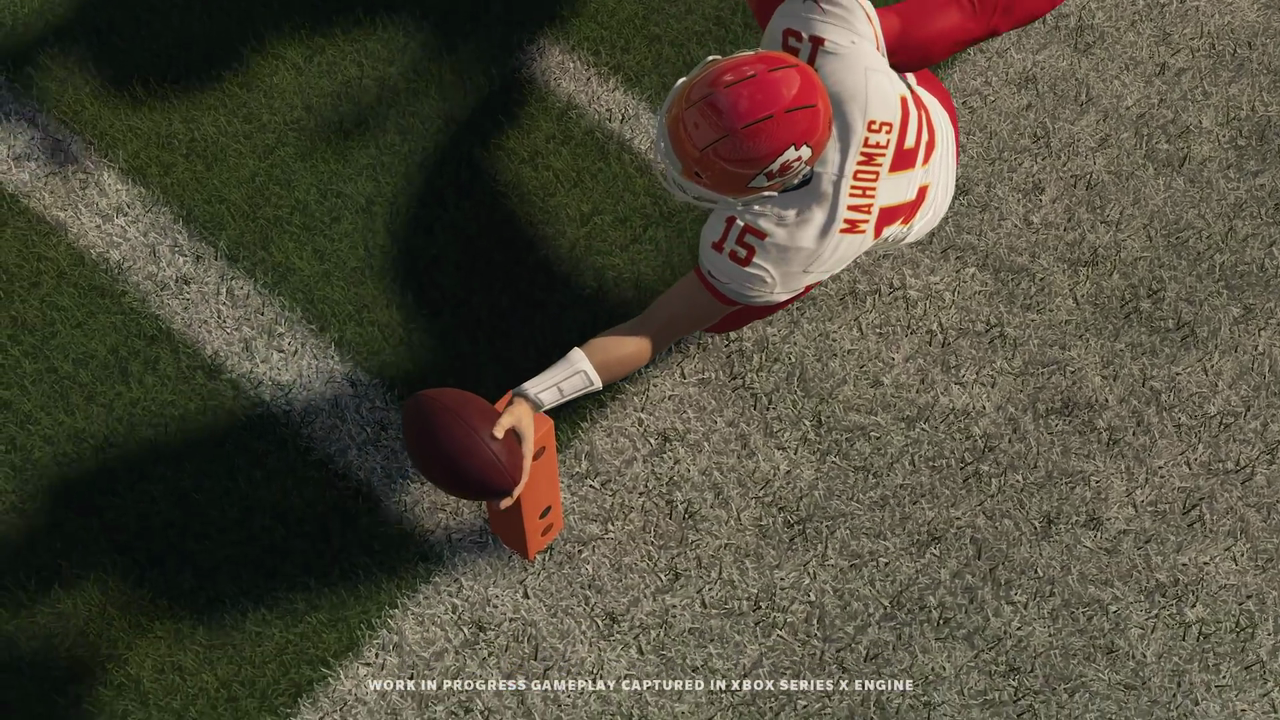 Today, EA Sports released its first look at Madden NFL 21, during Microsoft’s Inside Xbox First Look at Xbox Series X Gameplay announcements. The video which can be found below, shows a quick look at an early build of the game and gives some insight into what gamers can expect from the next generation of Madden.

During the video, featuring Super Bowl MVP Patrick Mahomes, he mentions that gamers purchasing Madden NFL 21 on Xbox One (by December 31, 2020), can upgrade to Xbox Series X (by March 31, 2021). Unfortunately, as of this writing, this seems to be a Microsoft exclusive and will not work for those that decide to purchase the Playstation version. We posted some news about it yesterday.

“The development teams at EA are always pushing the envelope to leverage new technology in exciting ways that benefit their fans and we’re thrilled by the work they’ve done in optimizing Madden NFL 21 for Xbox Series X,” said Sarah Bond, Head of Xbox Partnerships and Business Development. “We’re delighted to be partners as we usher in the next generation of gaming.”

Not a lot is known about Madden NFL 21, other than Lamar Jackson being the cover athlete. That changes really soon, as EA plans to reveal plenty of details at next month’s EA Play event.

Based on the short video released today, it appears EA is adding new animations at the goal line. In the video released, Mahomes avoids pressure and extends the ball over the pylon. Something that we have not seen in year’s past. In fact, in recent years, this would result in a fumble into the back of the endzone.

Check back later today to see if any more details are released on Madden NFL 21. Until then, let us know your thoughts. 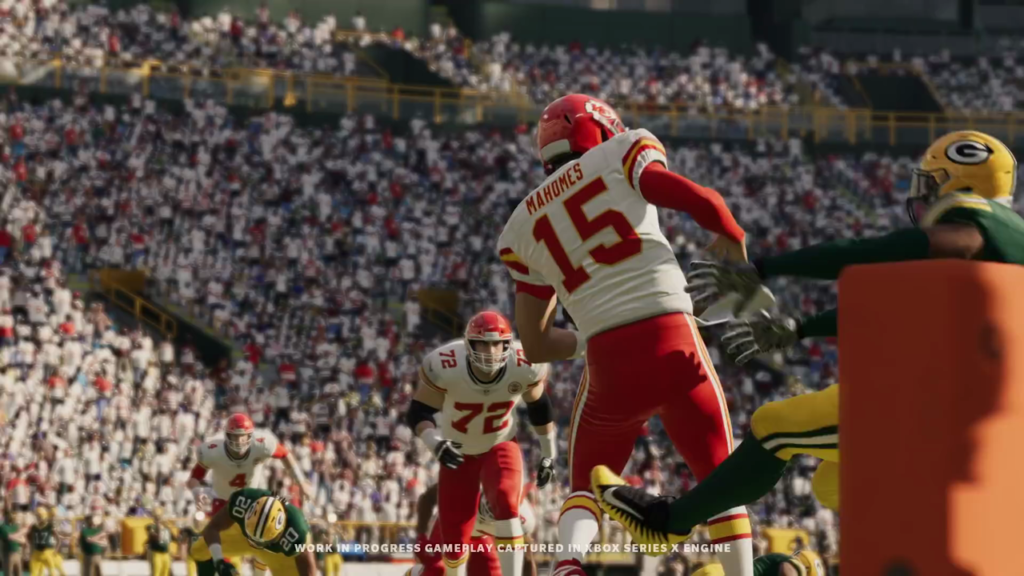 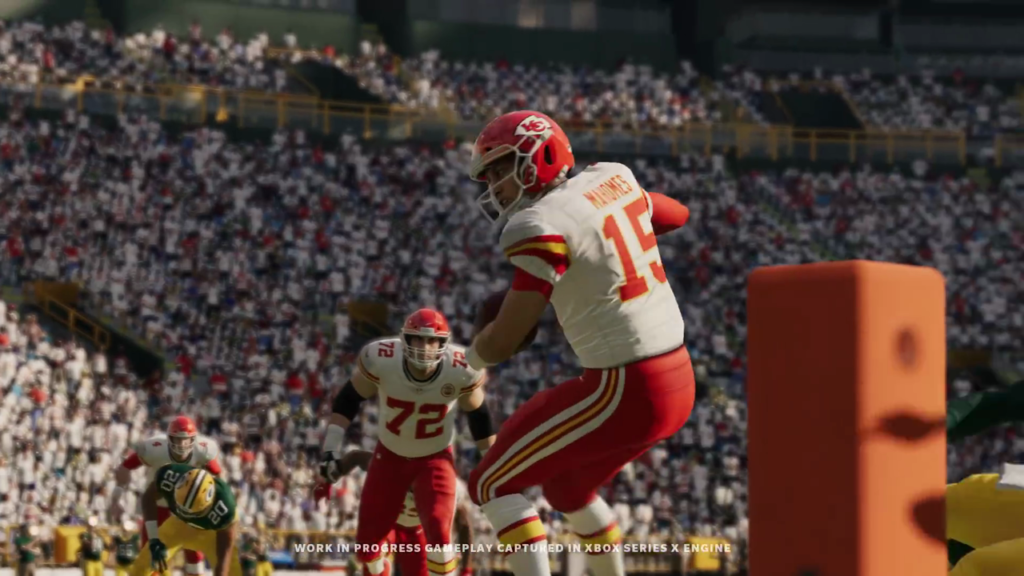 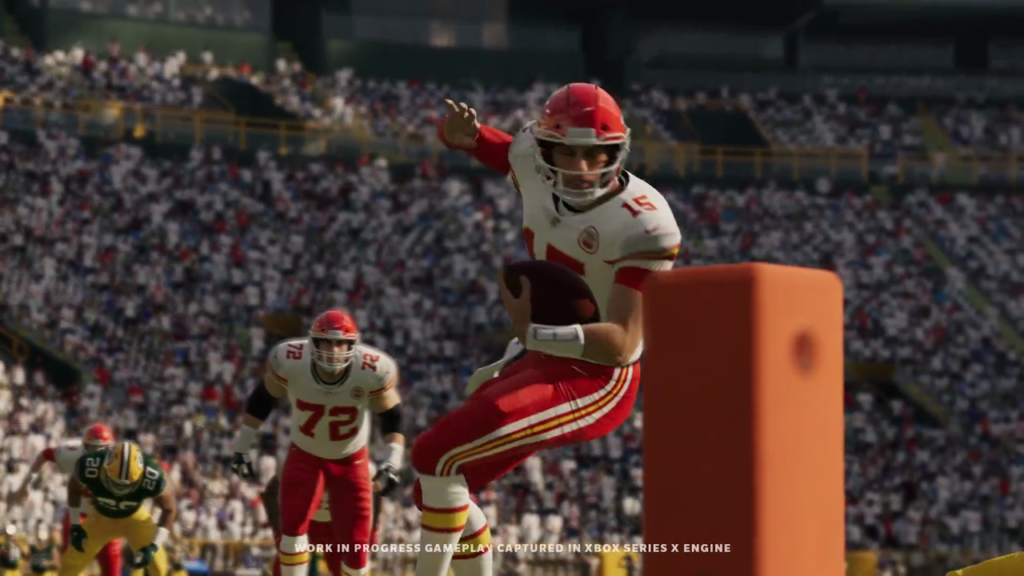 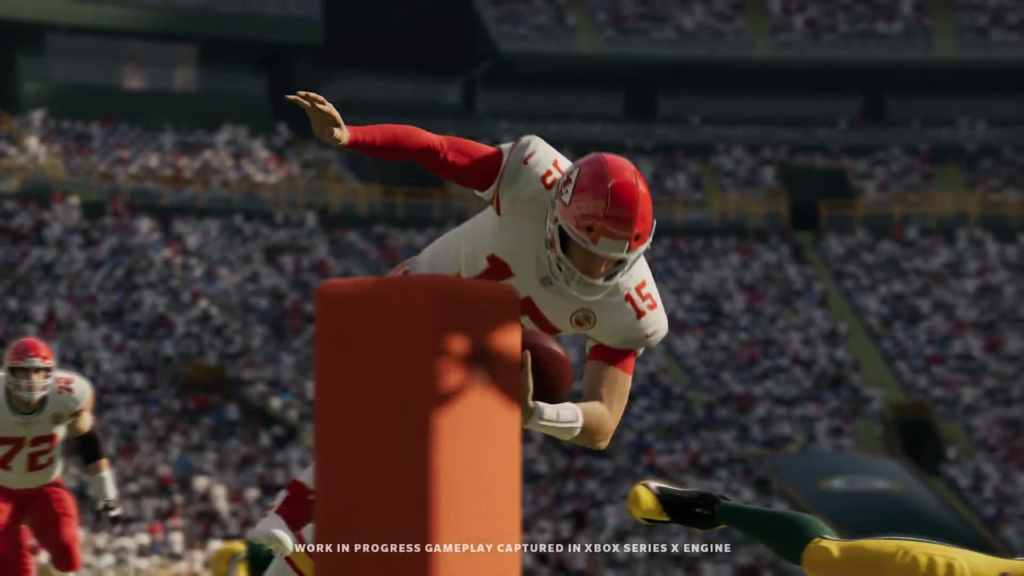 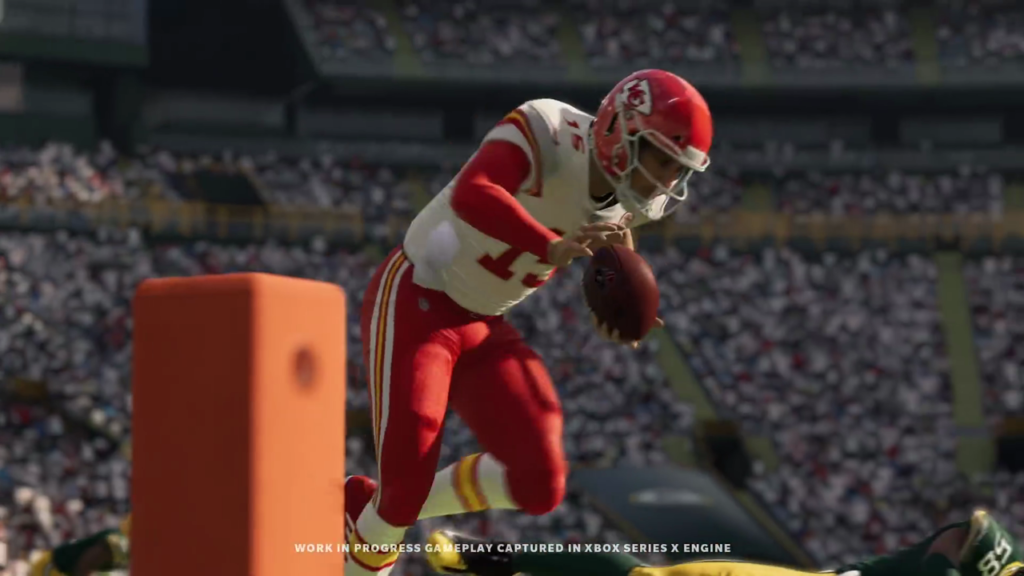 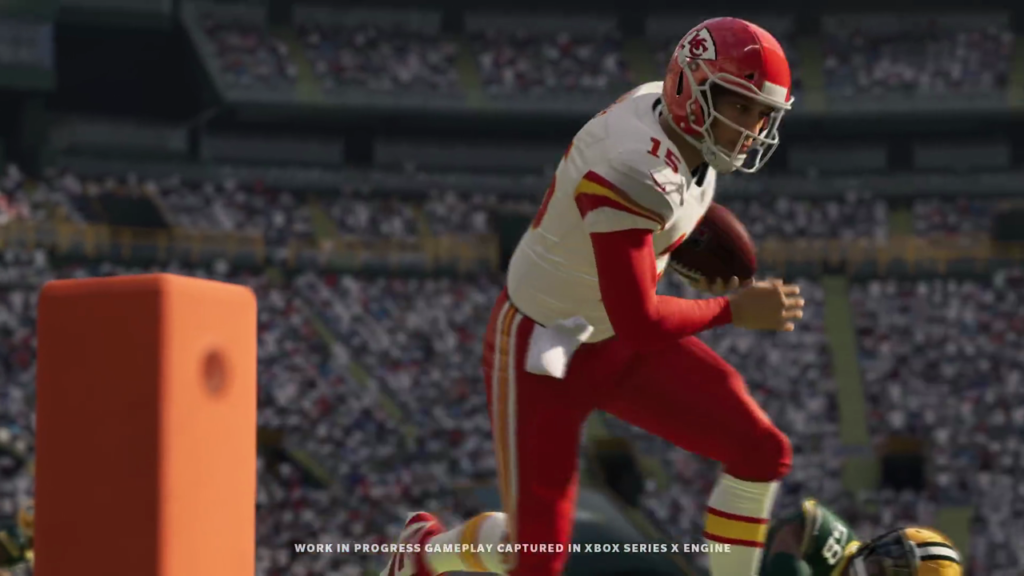 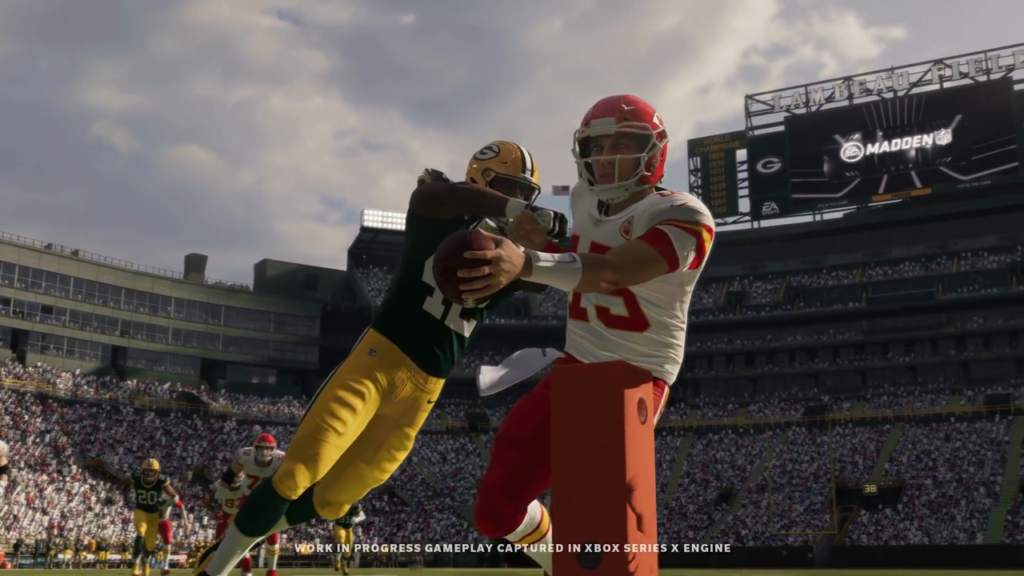 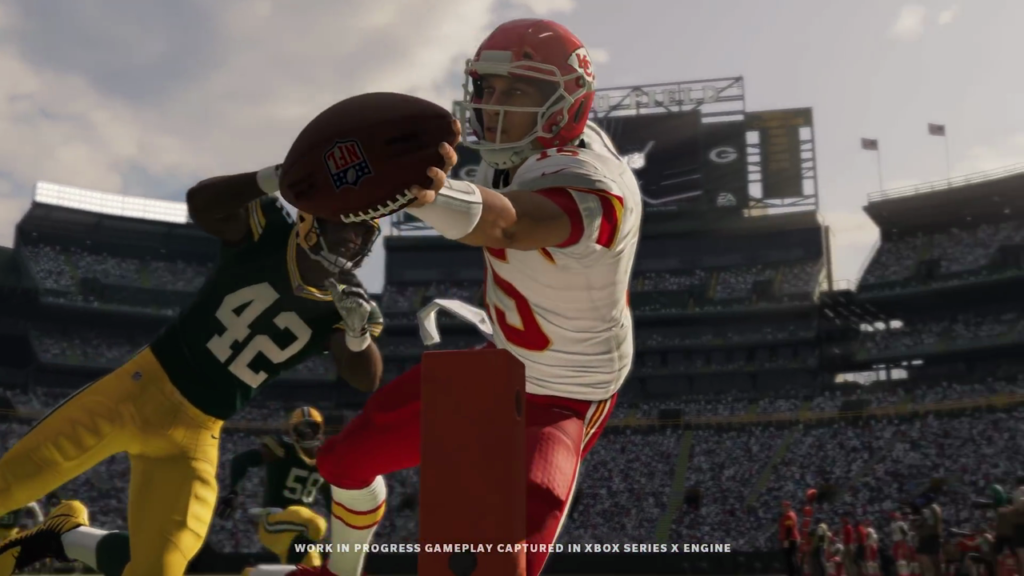 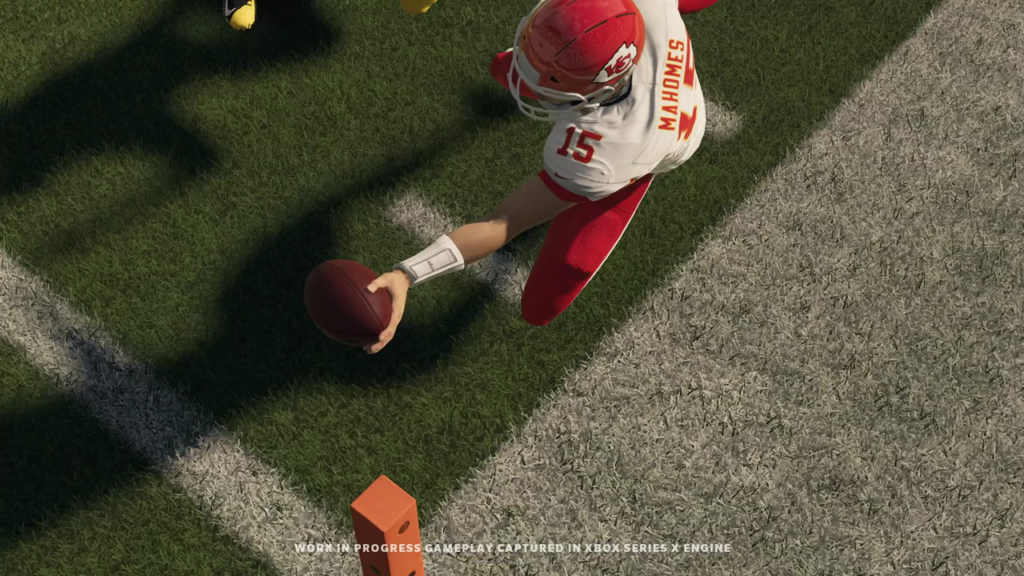 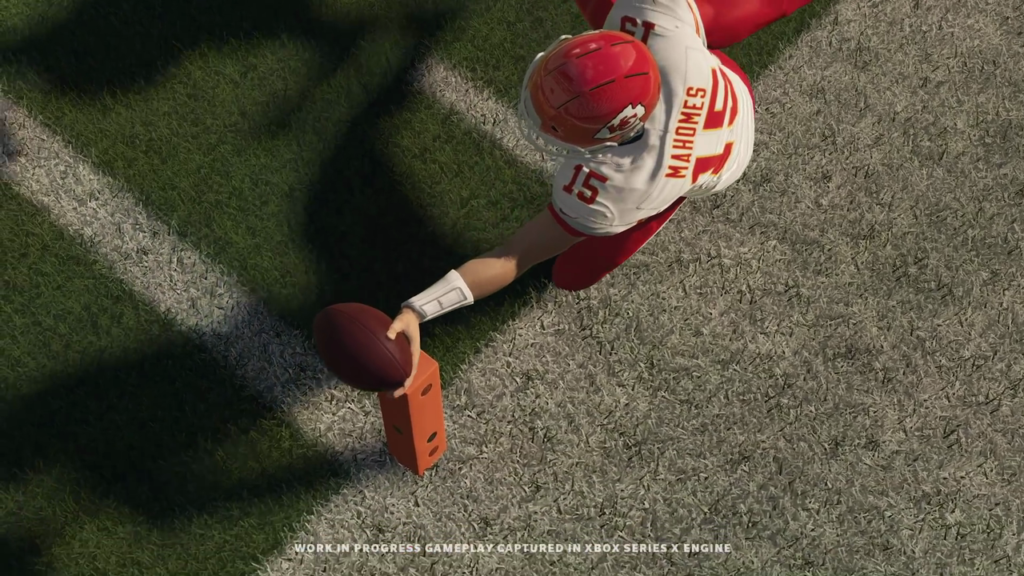 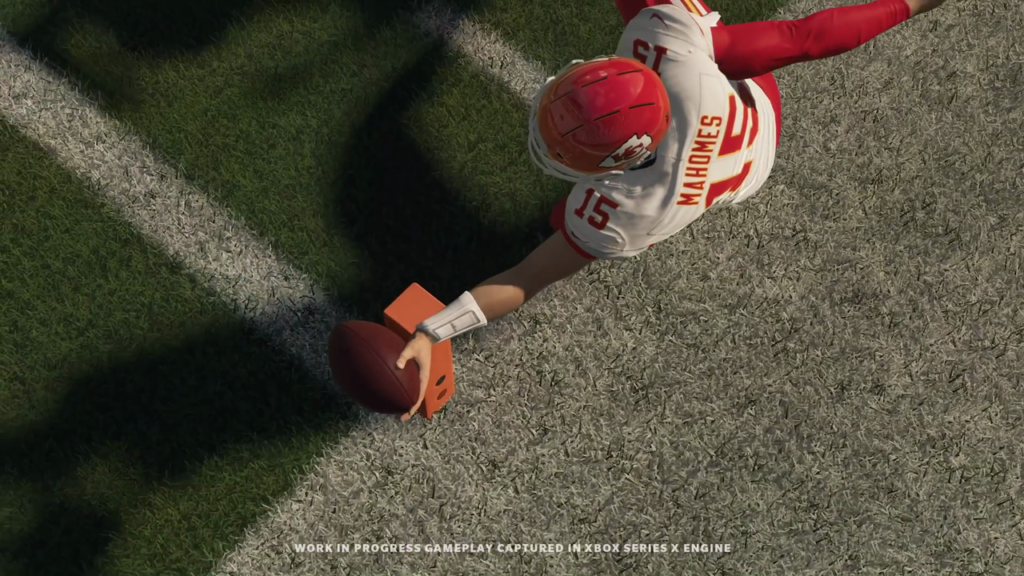