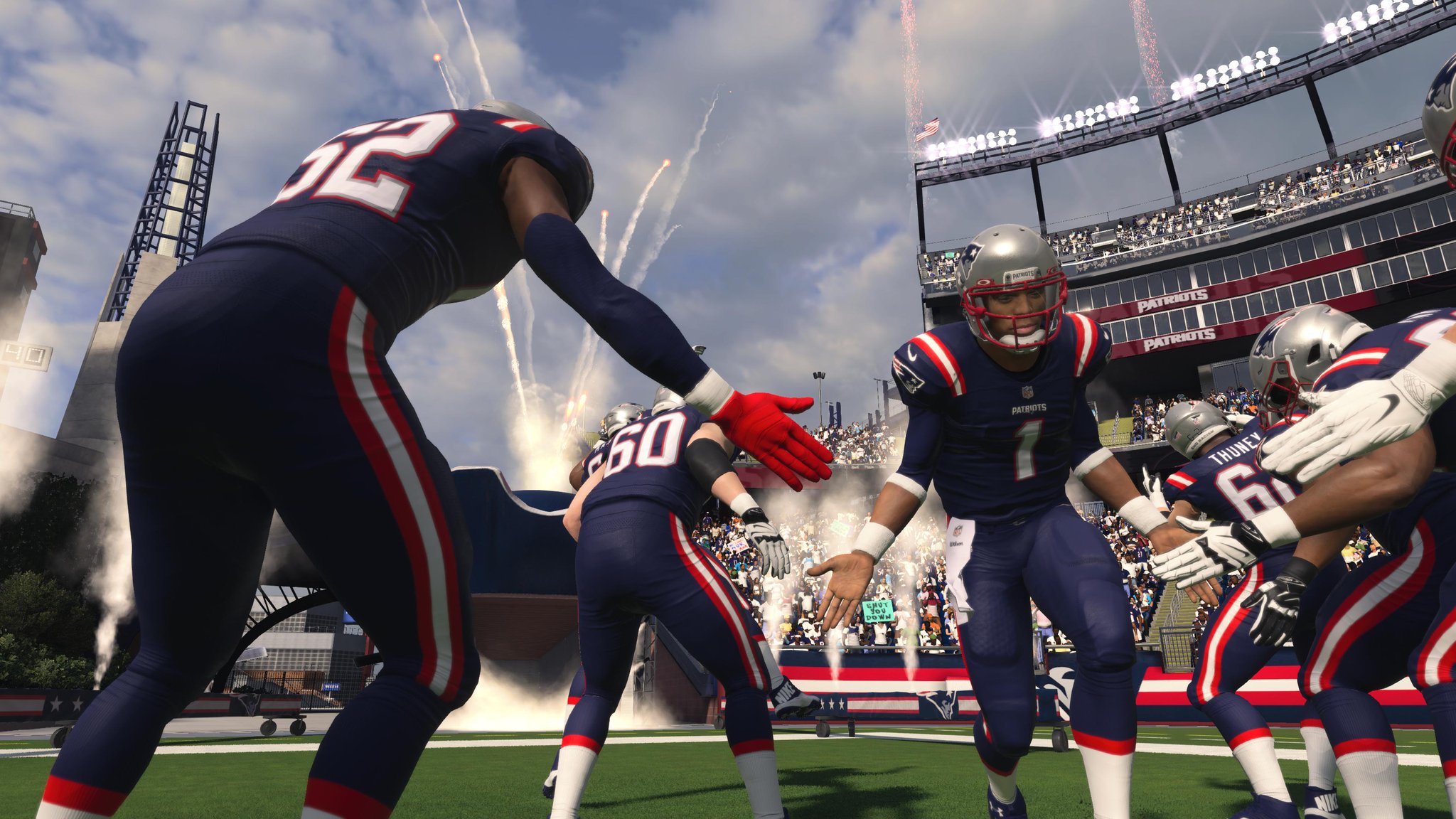 Madden NFL 21 game update 1.12 is scheduled to arrive tomorrow. Some of the patch notes were revealed earlier today on Good Morning Madden, featuring some updates for gameplay, MUT, Face of the Franchise, Franchise, The Yard and presentation.

When the full patch notes arrive tomorrow, we’ll make sure to update, as it typically provides more details. Until then, check out some of the patch notes captured by Muthead below. 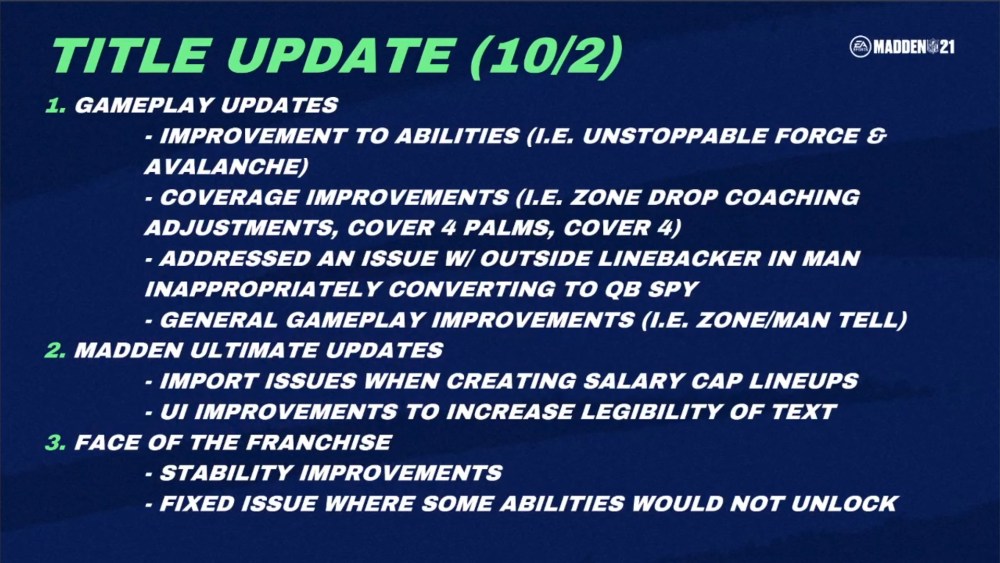 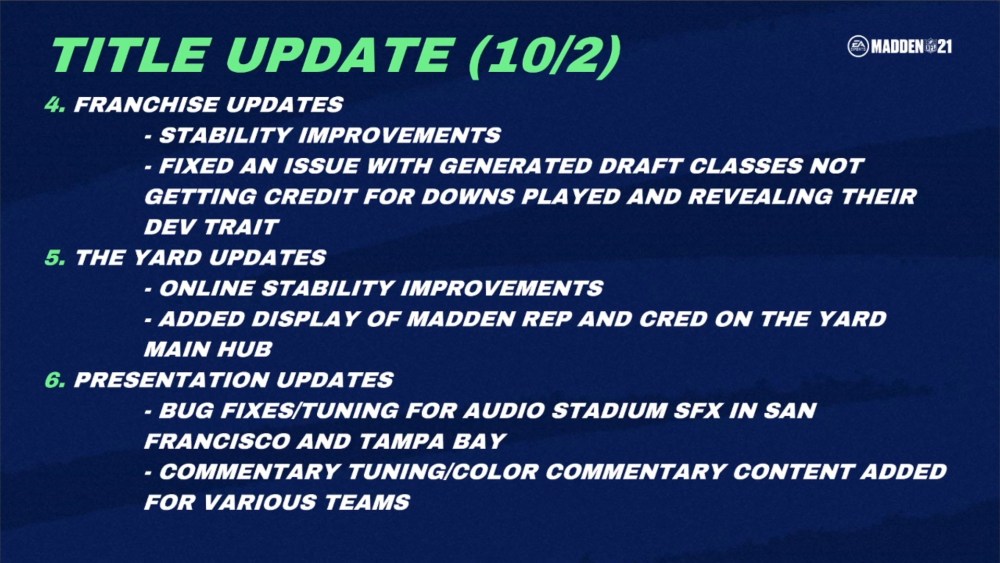