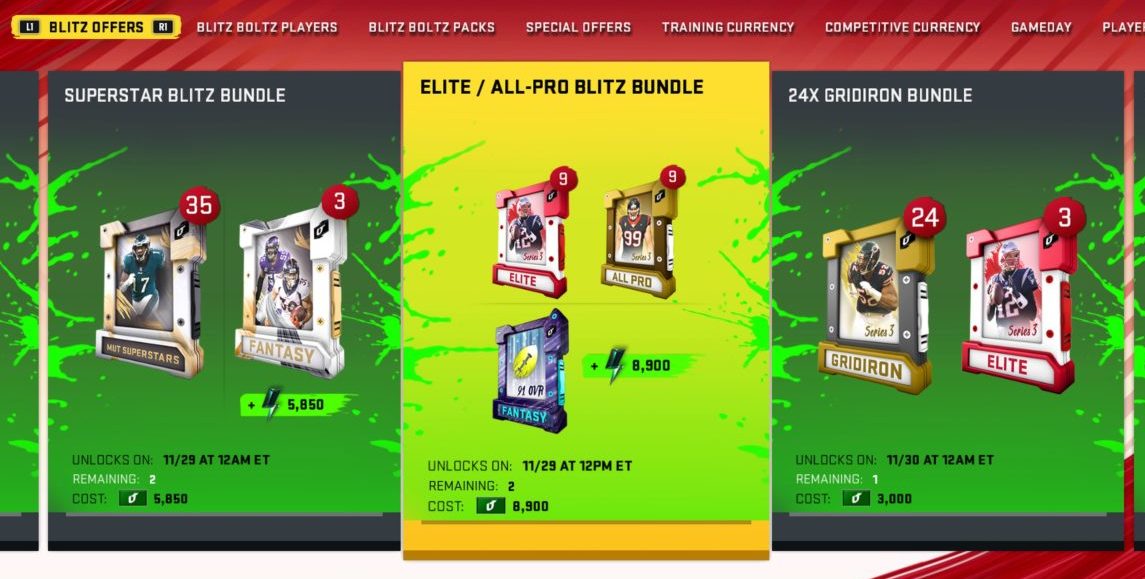 For the second straight night, EA’s Madden NFL team struggled to keep the servers up and rolling during the ongoing Blitz promo for the “10-minute Doorbusters” pack deals. Many people were unable to log on and actually buy the packs during the 10-minute window. This caused considerable outrage as many missed out on the what are the best deals of the Blitz promo for the second time.

This prompted EA’s Madden community manager to issue the following statement via tweet:

So EA will extend the old “Doorbusters” offers to those who missed out — those who were able to log on won’t get to double dip — and will extend the window from 10 minutes to 60 minutes for the two impacted offers. In addition, all the other “Doorbusters” deals will be extended to an hour as well — these are the offers that run at midnight each night until the event ends on 12/2 (so it includes two future pack offerings).

These re-dos on the old “Doorbusters” offers will open up around noon EST on Saturday November 30.

This is the right thing to do by the consumer, albeit it’s probably no fun for the developers to have to be fixing this stuff and issuing these sorts of statements during a holiday weekend. Then again, they have to know the sort of load that will be put on their servers as they offer these big-time deals for a very limited time during a point when most people are around hunting for deals. This is also not the first time EA has had issues with the Blitz promo, and I imagine it’s part of the reason they changed from global to personal limits on packs this year — albeit the Madden team still ran into similar issues.

I also understand the “hype” reason to keep an offer open for only 10 minutes, but it also seems odd that EA decided on this 10-minute window to begin with since the packs were tied to a personal limit rather than a global limit. There was no way to really abuse the offer, or miss out on it unless EA’s servers got bogged down by the traffic — as they did. Plus, you could only buy these packs with real cash, so it’s in EA’s best interest to give people a chance to buy these packs either way. Now, it’s still a “lightning” deal of sorts, but you have the full hour to hop on and buy your pack if you want to.