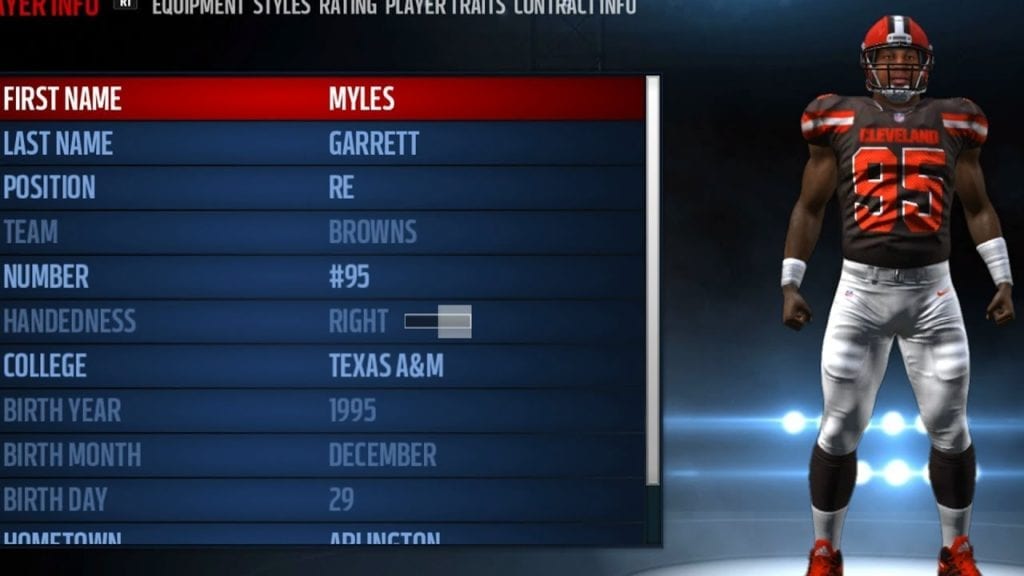 Tell me about the return of Custom Draft Classes.

Ben Haumiller: With the edit draft class, you can edit everything about any player that you want to. This is the last piece of the sandbox that we haven’t given players the ability to do anything with. When you think about franchise, you can edit every player on every roster. What we were seeing guys doing is they would draft their players, and then they’d edit them after the draft. That’s a horrible way of having to go about things so we wanted to fix that. Now you can go in and start your franchise, and start with an auto-generated class and edit as much or as little as you want to. You can go in and just change the top guy’s name to whatever you want it to be and that’s it. Or you can edit every single thing about all 450 players in that class, including their development trait so then you can decide who you want to be stars or superstars.

You can also change the draft order as well. How (players) show up when you’re looking at the scouting screen so you can have those guys that are hidden gems in the later rounds. You get to craft how those guys appear so that when you’re scouting there are some nice surprises and it’s not just the best player is projected number one overall. You can then utilize Madden Share, so Operation Sports, who do a great job in their forums of creating different draft classes for other games, can now create those classes and share them with the other community members. You can do your own edits if you want or wait for someone else to do one that you like and then download it.

So player editing is in the game still? There was some question after one of the screenshots showed OBJ and we couldn’t see the option for it where it used to be.

Ben Haumiller: Yes, player editing is still in the game. The reason why you don’t see it in that screenshot is because we brought back the ability to choose your team captains this year. So when you add something to the list, something else has to slide down and it happened to be edit player. I love how quickly that was pointed out; it shows the fanaticism towards the game that we love, and the thing about the Madden community is that they notice these things. They didn’t comment on how Odell looked, it was “What happened to edit player?” It’s great and to answer your question, edit player is still there but you just have to scroll down to see it.