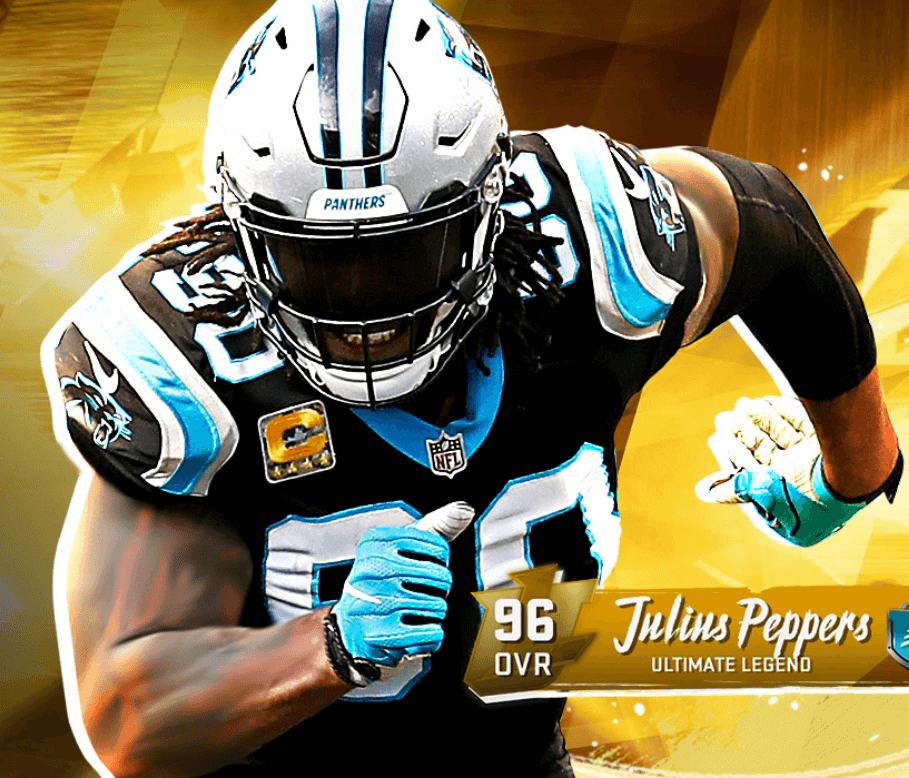 Two more high-level cards were added to MUT today. Those cards are Ultimate Legends Julius Peppers and Marcus Allen. Julius Peppers is the one who immediately stands out, but Marcus Allen provides plenty as well. Let’s quickly run through them. 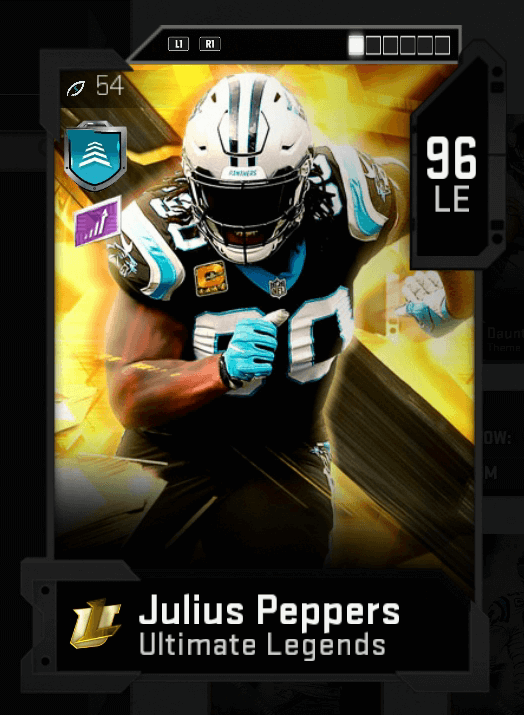 Quick Analysis: With 88 speed, 95 finesse moves, 89 block shed and 91 awareness, Peppers works on multiple levels. He can get to the QB or he can be a spy. He can blow up runs in the backfield or chase down running backs from behind. He’s got Chicago, Green Bay and Carolina as team chems, so he can create some formidable combos on those squads as well. Overall, this seems like a good use of the 96 Power Up pass if you want to lock in an elite and versatile pass rusher. 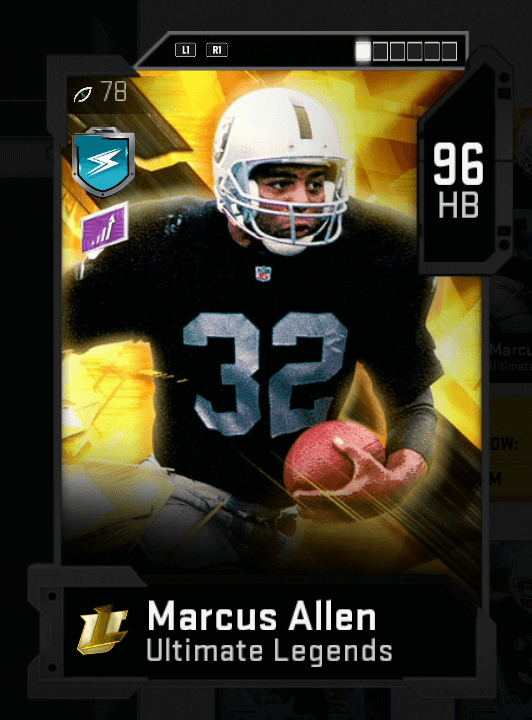 Quick Analysis: There is more room for running back diversity since the Eric Dickerson nerf, but I don’t think Marcus Allen quite breaks into that conversation. He’s a fantastic all-around player, but as an Elusive Back archetype, it makes me think Bo Jackson is still going to outperform him. This works against him on two levels because obviously they’re both Raiders as well. That being said, Marcus Allen can also play on the Chiefs so this just pushes the KC theme team even higher up the rankings. All in all, this card is very good. It’s just that balanced backs are not as good as ones who are clearly dominant in one area or another this year. Of course, the exception is if they’re just amazing at everything like the Julius Peppers card or the Eric Dickerson pre-nerf.

Just a reminder that you can get the Power Up for these players in the Solos, and they can each be completed via their set. Again, do the Kickoff Challenges so you can snag those 16 tokens to get a free random Ultimate Legends player.