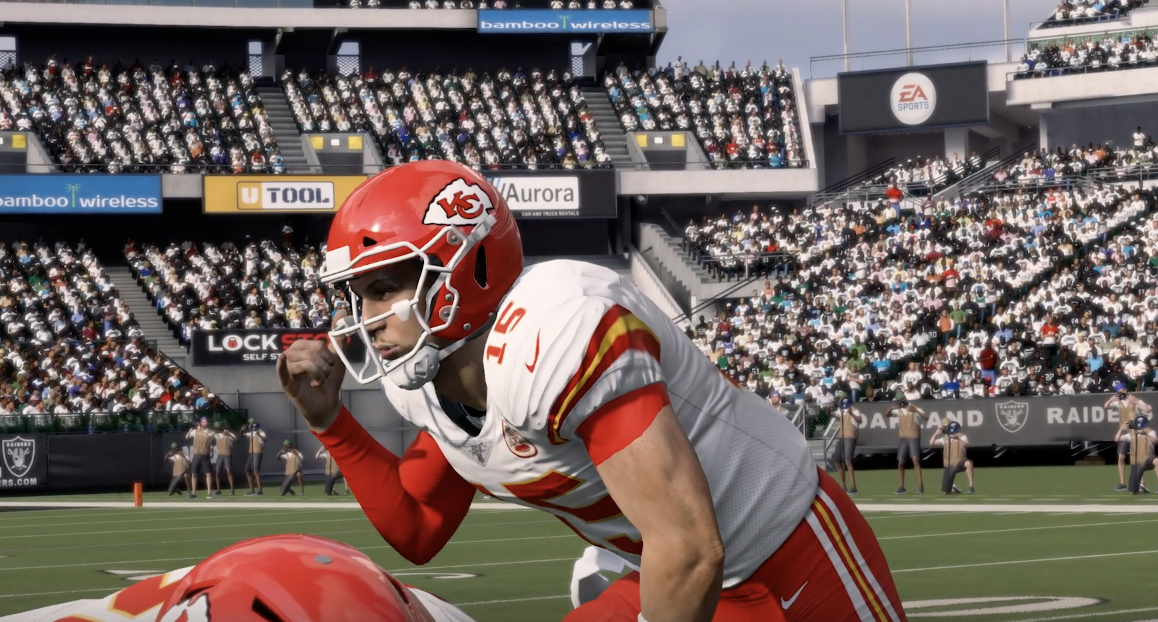 The Madden beta ended over the weekend with mixed results. The beta provided users a chance to play all of the Madden 20 modes except MUT and Face of the Franchise. People were also allowed to play online head to head but they were only allowed to use four teams (Rams, Patriots, Saints and Chiefs). One of the first things I did was start a cloud Connected Franchise Mode to see what changes were included in the popular CFM game mode. EA provided some news last month regarding franchises that can be found here:

Coming into things, I was hopeful CFM would look different and provide a different experience than the past couple of years. I also wanted to see if there were any features in the mode that they didn’t discuss in prior previews. That being said, I walked away a little disappointed. Here is what I found and noticed in CFM during the beta.

The big addition to CFM that EA has discussed is the scenarios feature, which EA has described as “an interaction with characters via a variety of ways including branching dialogue, dynamic events that reflect your performance and choices.” Scenarios is a chance to directly communicate with your coordinators, owner, players and media on topics throughout the year. Each choice has a positive and a negative reaction so it’s important to make the right choice. Some of the benefits I noticed were improved/reduced morale and bonus training XP. Scenarios show up in your actions items and consists of a dialogue between the other party and you. At the end, you have a decision to make that has a positive or negative impact on your team.

EA has mentioned some of the events you may encounter. They include a player holding out, facing a tough opposing player and how to plan for him, dealing with an unhappy owner and facing tough questions from the media. I love the idea that we get to interact with different people in the industry and that it has an impact on my team. I am not sure how much morale plays a part in my team success or where to even find it right now.

One thing I wish EA did was showcase the league news better, especially because the developers are introducing these scenarios. This type of information should be on the front page for all the owners. In the beta, It just seemed like it was tucked away in a menu that I doubt many people even go to. It seems simple but I think they should make that type of news more of a story, which would also give the franchise life. I would love to know if a player I am interested in has demanded a trade even. This should be big news and should be treated as such.

Another new feature is the addition of a playable Pro Bowl. You now are able to play the Pro Bowl in your CFM. However, I am still a little uncertain how this would work in a 32 user online league. I would assume the commissioner gets to play the game and displays the results. I wasn’t able to test this but would be curious how this works for multi-user franchises.

CFM now has a new progression system that supports the Superstar and Zone abilities. The development abilities are normal, star, superstar and the new Superstar X-Factor. When you draft a rookie, you won’t see whether a player is a superstar or an X-Factor until later in the season. This adds a little excitement to see if you just drafted a legit superstar. That being said, I am not really sure the point of the delay because at worst you at least got a player with superstar development. Either way, this addition is something you should notice in the game and these players will develop quicker than a normal player. 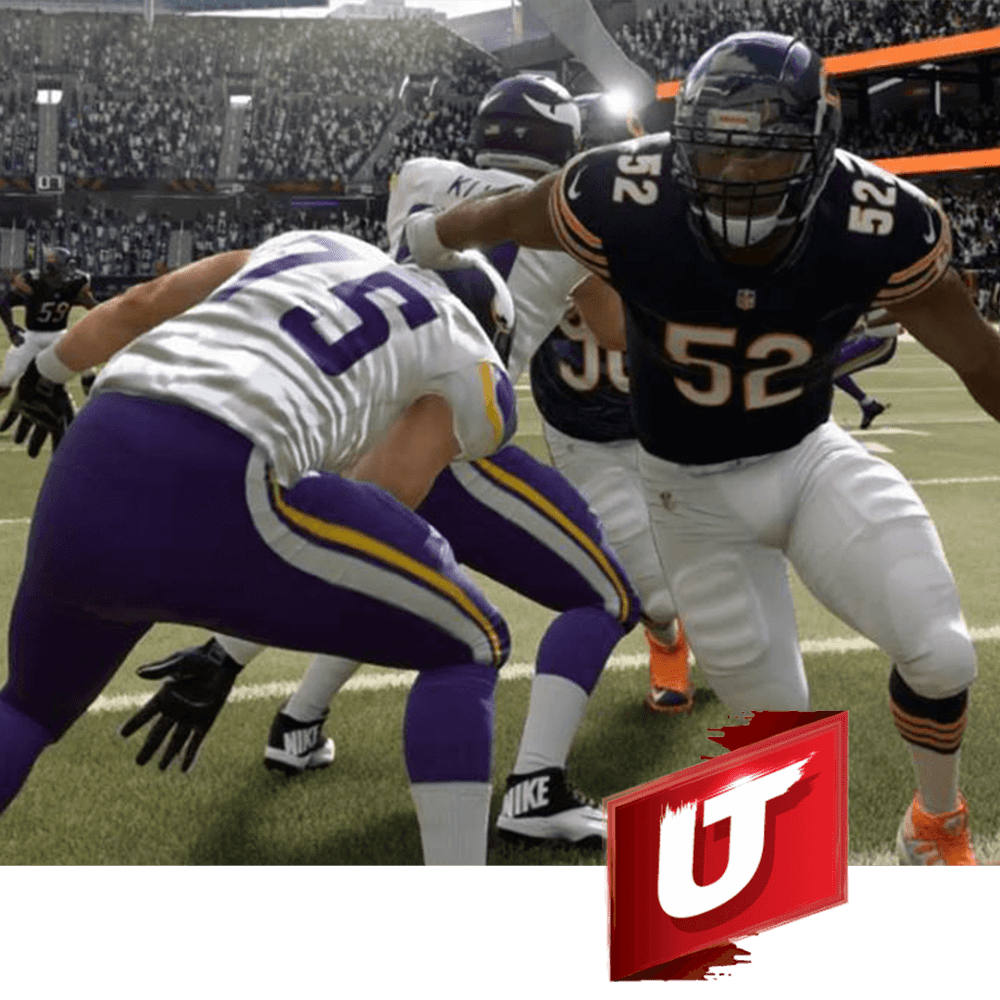 The menus and layout are exactly the same as the previous versions of Madden. This is not necessarily a bad thing but sometimes change is good to give the mode a different vibe. You still have your head coach in the background of the display doing his work. It looks good and seems to flow a little better, but it’s just a background. Your home screen still has objectives that you must accomplish throughout the week, whether it’s game plan, scouting, making roster adjustments, etc.

The depth charts are pretty similar to previous games. I think they are a little bigger, which is a change I like. It gives you a chance to look at your team at a glance and see what positions you may be lacking. You can still scroll through offense, defense, special teams/specialist and practice roster. The game uses the same method of dragging players to move up or down the depth chart. You can go into the player card to see ratings, stats and progression history as well.

The other menus throughout CFM are in the exact same places and have the same tile appearance. You scroll through the different sections via the L1/R1 or LB/RB buttons. You have all the same features and options that you did in prior games. You still see your schedule scrolling throughout the menus. Simply put, nothing stood out to me that was removed or added that wasn’t discussed in EA’s blog.

The draft format is the same as last year minus the delay on seeing whether you drafted a superstar or Superstar X-Factor, as noted above. I wrote about the changes I would like to see in the draft but it doesn’t look like anything was added. The draft still has an empty stage, and when you draft a player you see his ratings and attributes. The audio may discuss the player if he has a storyline associated with him, but the scouting and the rookie combine are still handled the same way, which is a disappointment. Right now, I think EA may feel like if CFM is not broken then just stay the course until the next generation. If that’s the case, I just wish CFM had a better layout in terms of emphasizing the actual league. Scenarios should provide a different touch to the league but I am not sure if it’s enough to get fans excited for this game mode. League storylines are important to the actual league, and I don’t think CFM in Madden 20 does enough to get that information to you. It will be interesting to see some of the scenarios in your league but hopefully they don’t become repetitive to the point where it seems like a chore to do them.

Overall, I was a little disappointed with the lack of new stuff in CFM but also understand that EA may not want to invest in something that works. With all the legacy issues in CFM, I am glad the developers have at least tried to fix some of the issues and provide a better product. However, I am disappointed that the draft remains the same because I feel that’s one area where CFM could improve in a big way.

What were your thoughts regarding CFM in the Madden 20 beta? Is there anything you noticed missing or added that I didn’t discuss? Please leave your comments below: