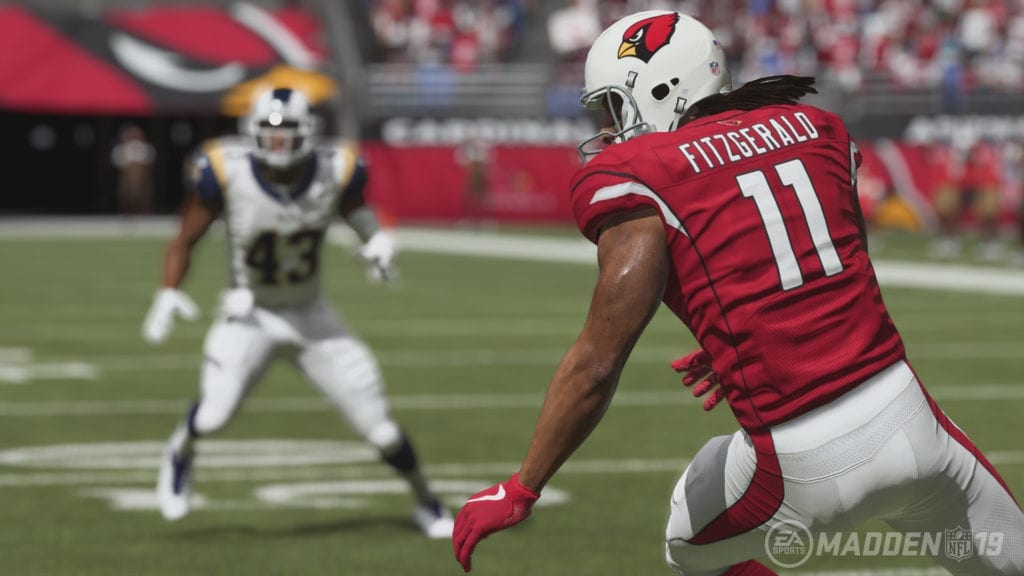 With Madden NFL 19 hitting store shelves today, and with our Review already out in the wild, we are giving a couple of additional perspectives on the game today in this roundtable. Look for more coverage of the game this week, with deep dives on the main modes and the gameplay coming soon!

I have now spent the last several days playing the retail version of Madden 19, and I am pleasantly surprised with the final product. My time with the beta was fun, but there were glaring issues that needed to be fixed. EA fixed those issues and did so much more.

It might be cliché to say “this is the best Madden” to date, but after a few days with the game, it just might be. The graphics are without question the best we’ve seen from the football juggernaut. In addition, the presentation and player animations are second-to-none. During my time with the beta, speed appeared to be an issue, whether it be hot routing at the line of scrimmage or just overall game speed. EA did a great job of making changes in both areas. However, it still feels as though the offense is running a pace slower than the defense.

Real Player Motion is definitely a game changer and adds a different dynamic to the run game. Players feel different from one another, which is a pleasant change from previous installments. The AI appears to be much improved in the pass game, and that keeps things interesting when the ball is in the air.

Surprisingly, the offensive line play appears improved, as I have yet to see a noticeable miss from an offensive lineman. Play progression has been fixed in Connected Franchise, and online play continues to be a strength of the Madden franchise.

Yes, it is early, and I need to spend a lot more time with Madden 19 before I can give my final impressions of the game. Still, it appears to be a step up from last year’s installment and should be a football fix many of us are craving.

I would like to get one thing out of the way immediately: Madden NFL 19 plays a really nice game of football. Real Player Motion has been the star of the show for me so far, and rightly so. RPM completely changes the way Madden feels. Players move in a much more realistic manner, and the new one-cut mechanic is slick. Running the ball this year requires a bit of a learning curve to avoid old habits, such as using turbo behind the line, but the experience is fair and rewarding once you get the required skills down.

Another area that is much improved is the CPU play calling. An apparent bug was the root of long-standing issues with the AI calling poor plays for given situations. That has now been fixed and the CPU does a much better job of picking plays that match down, distance and time on the clock.

Defensively, the pass rush is on point. I can’t emphasize how good it feels to have to step up in the pocket and make a decision rather than being able to have all day to throw the ball. In the secondary, changes made to the coverages and adding the ability to hit stick a WR in the air are pretty awesome. While I would like to see less swatted passes traveling 50 feet in the air, overall the system has seen some refinement and improvement.

While Connected Franchise got a few nice changes (Custom Draft, much improved progression system, improved halftime show, and new specialty depth chart positions) most of what’s gone into it is just a fresh coat of paint over a rusty chassis. But EA was rather upfront about this year being all about the gameplay, and it really shines in that area. My first 48 hours with Madden NFL 19 have me itching to play more, and that’s more than I can say for last year’s game. Madden 19 is the best game of football EA has put out in a number of years, and I look forward to spending more time with it.