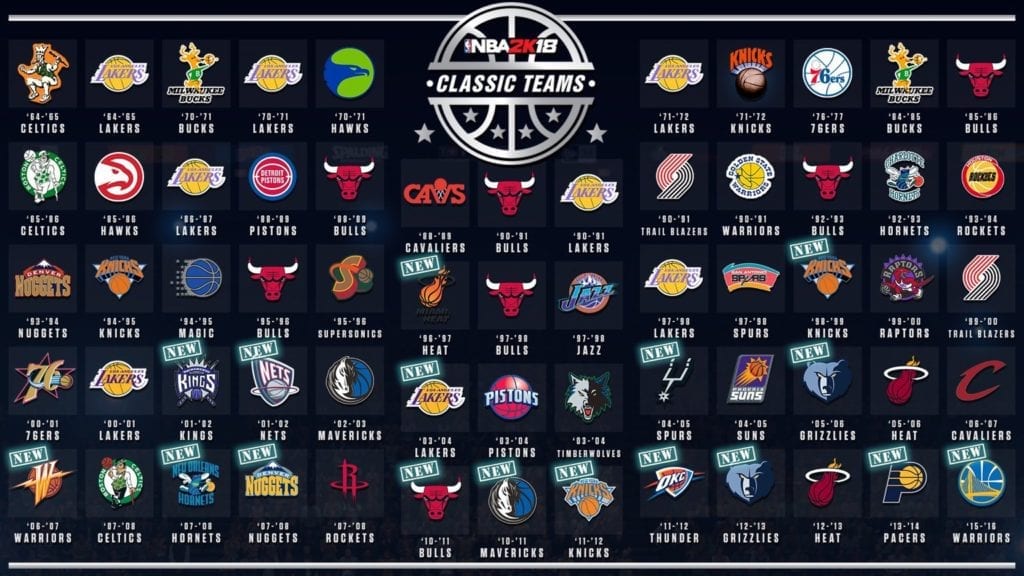 2K has posted an image of all of the classic teams available in NBA 2K18, 17 of them are new this year, 62 in total. Add in the 30 All-Time teams and you have 92 teams to choose from, along with the current NBA teams, of course.

If you’re into fantasy drafts for MyLeague, you can choose ‘All Teams’ as a player pool, which will encompass: Current NBA Teams, Classic Teams, and All-Time Teams.