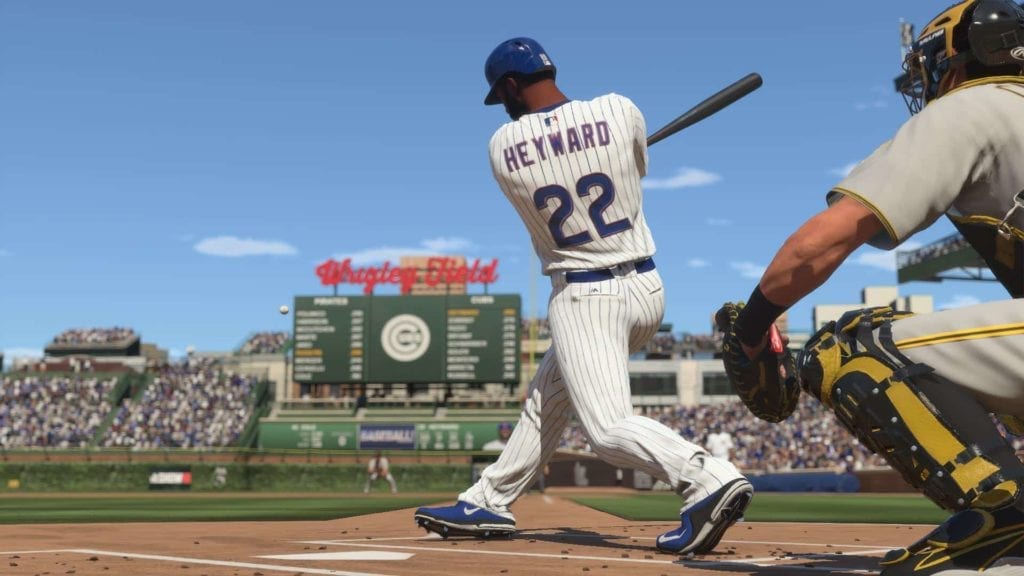 If you spend even a limited amount of time in the MLB The Show community, it won’t take very long before talk inevitably turns to MLB The Show 18‘s hitting engine. You’re liable to hear people on one end of the spectrum tell you that hitting is definitively and unquestionably “broken,” while those on the other side of the debate will say hitting is working exactly as intended and will immediately be labeled “SDS apologists” by those with opposing views. Because this has become an impossible issue to ignore no matter which side of the debate you happen to fall on, we’re going to discuss how we got to this point, what the perceived problems really are, and what does the future look like for hitting in the game.

HOW WE GOT HERE

The consensus seems to be that these current issues surrounding hitting initially started to arise with the implementation of more dynamic ball physics in last year’s game. More specifically, the criticisms were focused mainly on online play and especially impacted anyone that used zone hitting rather than directional (which, for most competitive players is pretty much everyone). Some of the more common complaints were that the feedback system would appear to indicate that being just late on a pitch was in fact better than being perfect as far as timing goes, or that you could pull a ball foul despite having great timing on a pitch, or that there were too many inconsistencies in the results of placing the plate coverage indicator right on the ball.

Prior to the release of MLB The Show 18, SDS admitted that their own analysis showed that batted balls in The Show 17 weren’t traveling as far as their real-life counterparts and emphasized the amount of stress testing they had done to make sure things were more realistic this year. But, of course, it didn’t take long after the game’s release for disgruntled players to build a case for the game’s hitting system not only having some of the same flaws as last year but entirely new ones as well that threatened to ruin the hitting experience. Here are some explanations of the more common gripes that have been made about the shortcomings in this year’s game. 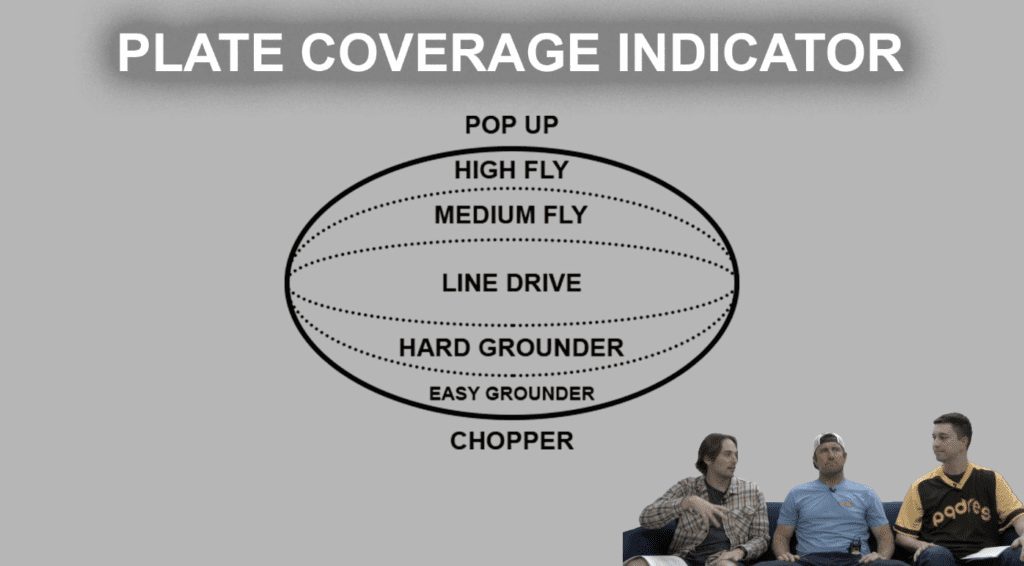 PCI Moving On Its Own – An issue that was prevalent soon after the game was released, but has thankfully been patched, dealt with players noticing that their PCI would end up in entirely different places than where it was when they initially swung the bat. In some cases, this was accepted as a feature rather than a bug, as the PCI is designed to move some as a consequence of having poor timing. But before long, people were documenting that they could have good timing on their swing without moving their PCI at all and still have it end up somewhere other than the middle.

PCI is Too Large – As part of an effort to make the game more accessible to newer players, SDS made the PCI a little larger than last year and that increase is even more pronounced for hitters with a good plate vision attribute. While this is sure to help newcomers put the ball in play and reduce strikeout numbers across the board, it also caused the seemingly unintended consequence of having good hitters frequently make weak contact on balls precisely because they’re able to cover so much of the plate. It has led some to speculate that the vision attribute is actually working counter-intuitively to how it should be and punishing better hitters rather than rewarding them. Either way, a recent patch has reduced PCI size to a degree.

Pitch Speeds Are Too Slow – Along the same lines, SDS evidently theorized that having pitch speeds be slower than last year would make the game more inclusive, but it also upset more experienced players in the process. Many opined that hitting a fastball had become way too easy, and at the higher levels of play it was altogether rare to even see a fastball thrown as games devolved into a battle of low breaking balls. This also was subsequently patched to increase velocity across the board, though there are still some that argue pitches need to be faster still.

Solid Contact Is Inconsistent – This is sort of a holdover from last year and appears to now be one of the most common of all the complaints you’ll hear about hitting in MLB The Show 18. The community is filled with people sharing images and video of themselves squaring up a ball absolutely in the dead center of their PCI only to receive feedback showing that they were rewarded with weak contact and an underwhelming exit velocity.

Power Is, Well, Too Powerful – This one will usually be coupled with the assertion that there’s no way Joey Gallo should be a more viable option at the plate than Edgar Martinez in his prime, but it’s hard to argue with dingers. The prevailing opinion among this contingent appears to be that having someone with decent power is preferable right now to a hitter with really good contact numbers, thus rendering good hitters without a ton of pop next to irrelevant.

The first step of fixing any problem is first admitting there is one. For their part, SDS listened to the concerns of the community and acknowledged issues with the moving PCI, PCI size and pitch speeds, and took necessary actions to correct them. The trouble, however, with addressing some sore spots that continue to be regarded in some circles as substantial is that feedback from the community can often be contradictory, and it’s hard to please some people without earning the ire of others.

One of the surrounding discussions that can’t help but be had during this current hitting debate has to do with skill gap. Specifically, how much chance do we actually want to be involved in our sports games and how much do we want outcomes to be based purely on user skill? If you perfectly square a ball up, should it then be expected to be a laser every time off the bat, or should the result also be significantly affected by the hitter’s attributes, the opposing pitchers’ attributes and, to use the dreaded term often employed pejoratively among the MLB The Show community, some amount of RNG (random number generator, or a roll of the dice, if you prefer).

While those that despise RNG may have to begrudgingly accept it as a necessary evil of crafting a simulation of a sports game, it would probably help matters some if SDS (and other developers too, for that matter) were a little more transparent about how much all of these individual factors actually impacted any given batted ball. But as they tweak the formulas and consider all the variables before eventually releasing a patch that attempts to find the most balanced experience for everyone (read: the one that will upset the least amount of people), we are left to try and figure out the idiosyncrasies of this hitting engine for ourselves. Some people will tell you that the best way to hit the ball hard is to try and get on top of the ball a little. Others will tell you that you need to try and swing just early for best results. One person will swear by the power swing while another will insist that this will only lead to more pop-ups.

Then just last week, a new patch was released that was accompanied by the most extensive set of patch notes to date, outlining not only what changes were being implemented, but also why they were being made (complete with helpful video). The biggest change included with this patch was extending the range of the PCI to allow hitters to reach outside of the strike zone for pitches. This adjustment appears to be the most significant one to affect the hitting engine this year, allowing for more variety in batted balls while also helping superior players show their dominance through their precise skills in squaring up a pitch. On the other hand, it has unquestionably made hitting harder across the board and has average players who are prone to slamming the stick to the edges of the PCI range (myself included) scrambling to re-learn how to hit without this bad habit.

Perhaps the best thing people can remember is that it’s unlikely hitting will ever be perfect. After all, it’s somewhat of an imprecise science in real life. You can hit the ball on the sweet spot and line it hard right at a fielder for an out or barely make contact and end up with a bloop single. It seems the only consensus within the community is a desire that’s as simple as it is ambiguous: make hitting feel right. That’s not to say that the expectation is that you will get a hit every time you put good wood on the ball, but it would be nice to sense that the ball came off the bat in a way that, by and large, accurately reflects how successfully you managed to time your swing and how well you placed your PCI on the ball. To put it even more simply, we just want to get what we give.

Cancel reply
Discussion
Click here to reply to the discussion
Continue Reading
You may also like...
Related Topics:mlb the show, mlb the show 18, MLB The Show 18 Hitting, spotlight