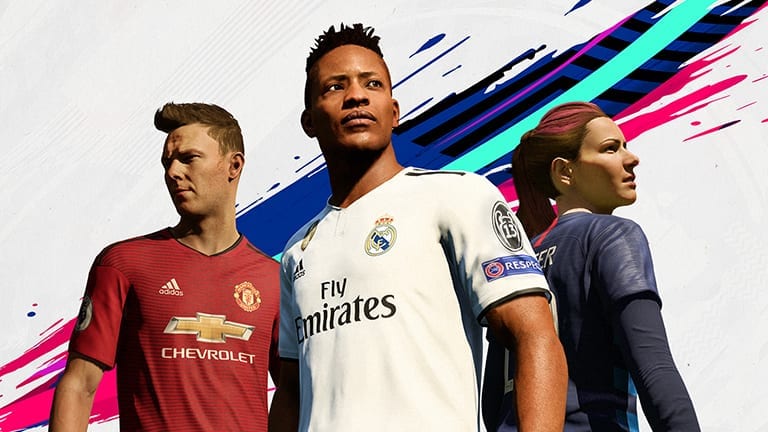 There are not many games that divide opinions quite like FIFA. The constant fight between offline and online players has to be a difficult path to navigate for EA. Further complicating things are frequent patches (we’re currently on Patch 1.07) that tend to affect gameplay, leaving many of us on the fence. With that in mind, it’s worth looking at how FIFA 19 stacks up at this point in its life cycle.

Capitalizing on Konami’s decision to part ways with the official UEFA license, EA decided to swoop in and reacquire the license to include it in the most popular modes (FUT and career mode). When combined with some new tactical enhancements and gameplay features, there were reasons to be optimistic regarding this year’s iteration. However, FIFA is still struggling to find its identity. Caught between being a sim and a fast-paced game, FIFA 19 is still struggling to find that balance. 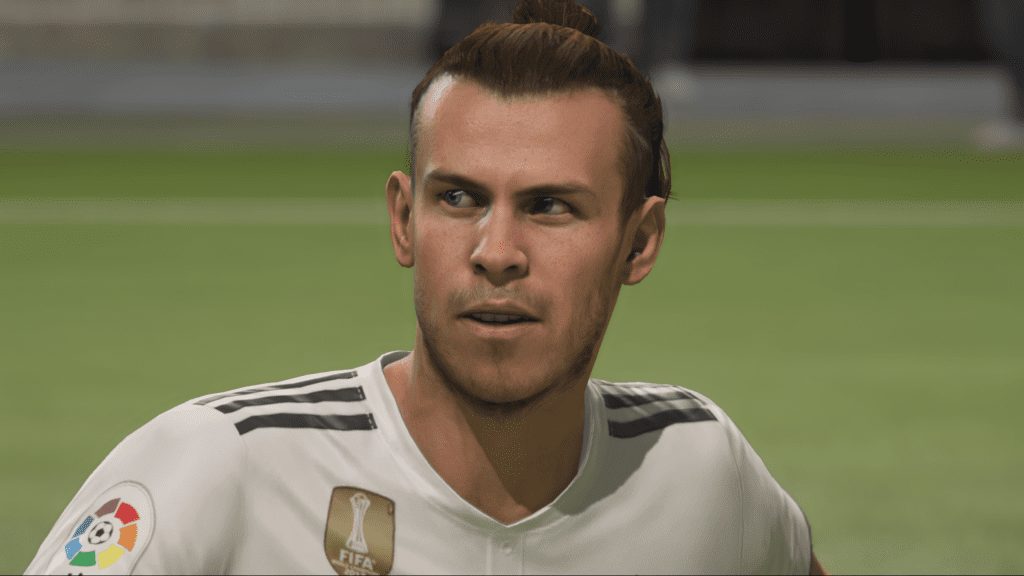 Defending – For years, AI-teammate defending was downright abysmal as you couldn’t rely on them for anything. Spamming the second player pressure button was your only option for your teammates to actually close down defenders. FIFA 19 out of the box was perhaps the best at replicating solid defensive principles when it comes to positioning. However, somewhere along the line the AI-teammate defending became too good, resulting in players overly relying on their teammates to play defense. There’s a fine balance that needs to be struck between human skill and relying on the AI, and for the most part FIFA 19 post-patch does a better job at finding this delicate balance.

50/50 Balls – 50/50 balls, a feature EA touted pre-release, were a mixed bag out of the box. While cleared balls no longer perfectly fall to the feet of the CPU, 50/50 balls occurring after a tackle often went right to the CPU. A few patches later and there is much more randomness to these outcomes.

Passing – Not all changes resulting from numerous patches have worked out. Passing, which was pretty well tuned at launch, has become much more assisted on default settings. Passing is probably the most fundamental aspect of soccer, and it seems now that the difference between supposed “elite” passers and your run of the mill League 2 player is far less pronounced. Tuning passing to more of a semi/manual assisted setting would go a long way to fixing some of the game’s other legacy problems, as well as make online a much less frustrating experience. 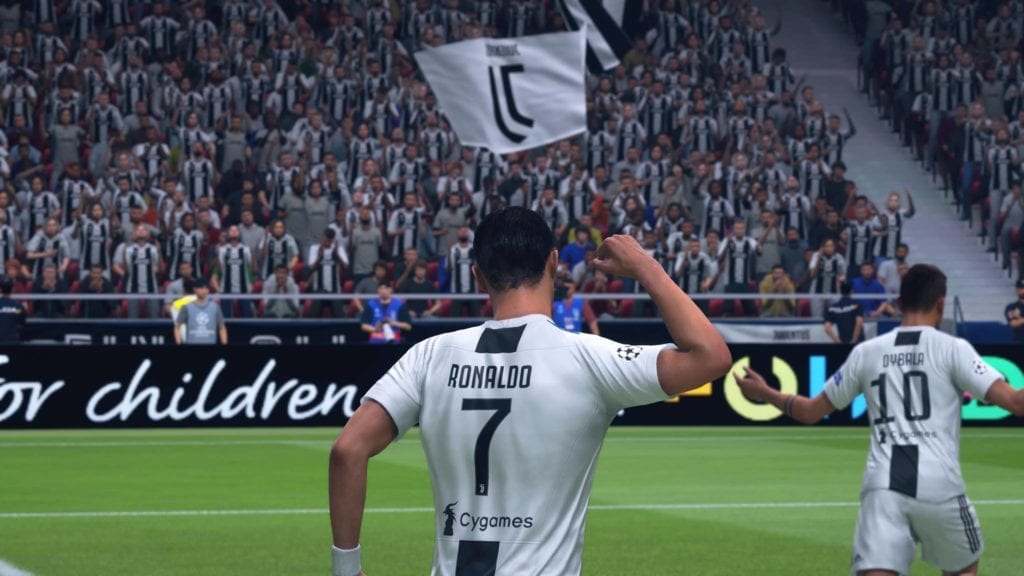 What Has Not Changed

Fouls – One of the most frustrating areas of FIFA 19 is the lack of fouls. Sure, slowing the game down and using sliders will help, but there’s a real lack of aggression when it comes to defending. In an age where “Tactical Fouling” is constantly bemoaned, fouls play a huge role in breaking up attacks and punishing defenders for ill-timed challenges. Refereeing logic — usually suspect in footy games — is solid, but perhaps the ultra-responsive controls lead to players being able to quickly get rid of the ball without opposing defenders being able to close them down. What ensues are games where you can pass around, often “ping-ponging” opponents to death.

Ball Physics – Ball physics are still hit or miss in FIFA 19. On default sliders, the ball is pinged around with precision that would make Pep Guardiola smile from ear to ear. While it might feel very responsive, the insane ball speed on passes affects the game negatively in a variety of ways. First and foremost, it allows you to bypass a pressing defense and break the lines, meaning you can play it out of the back (starting with your goalkeeper working your way towards your opponent’s goal) with ease and generate attacks in a matter of seconds. While there are players who can accomplish this in the real life, it seems easy to replicate no matter what level of team you’re managing. Secondly, it makes opponents press the ball unrealistically, which opens up space resulting in end-to-end action that bypasses the midfield. Lastly, by circumventing the midfield the sheer amount of chances created resembles an onslaught only seen when top sides play relegation contenders.

Player Movement – Perhaps my biggest gripe with the FIFA franchise is player movement, and its lack of proper weight and physics. Sacrificing inertia and momentum in favor of responsiveness, FIFA 19 often feels like players are skating around the pitch. When you combine this with a lack of fouls — mostly due to the ability to get rid of the ball before a defender closes you down — the game looks visually suspect, especially on replays where unnatural movements are frequently on display. This issue isn’t specific to attacking either as defenders can jockey (R2 or RT) and swivel their hips in such a way that they can keep up with attackers dribbling at them in space. Imagine in real life if Liverpool’s Dejan Lovren was able to backtrack and keep up with Manchester’s City Leroy Sane. Slowing the game down via true foot-planting is very much needed moving forward for this franchise

Career Mode – Minor fixes here and there have been implemented in FIFA 19 since launch, but overall the career mode was largely untouched beyond the addition of the UEFA license. While not much was expected post-release in regards to career mode changes, it’s still a little upsetting that some of the same legacy shortcomings (lack of a reserve team, practice mode, etc.) keep getting neglected when it comes to resources. Hopefully, EA will dedicate some time to really fleshing out this mode and helping it reach its true potential. 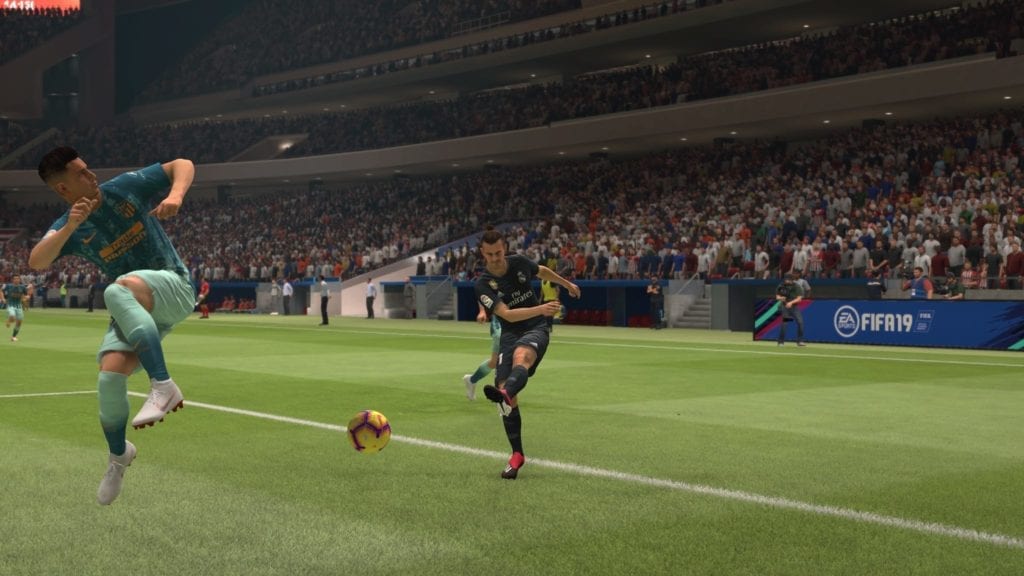 FIFA 19 is an up and down experience. While it’s still the most complete soccer game on the market today, I can’t help but feel that EA could do so much more to make the game a more realistic and enjoyable experience, both offline and online. While I commend EA’s passion when it comes to dedicating resources post-release to improve the game, it often feels as if the game changes a sizable amount from patch to patch, which leaves it without a true identity. With the majority of the major licenses locked down, perhaps it’s time for EA to pick a clear direction and stay on course. With its solid online infrastructure and competition that’s still living off its PS2 glory days, FIFA can and should be a much better game.

How are you enjoying FIFA 19 in all of its post-patch glory?