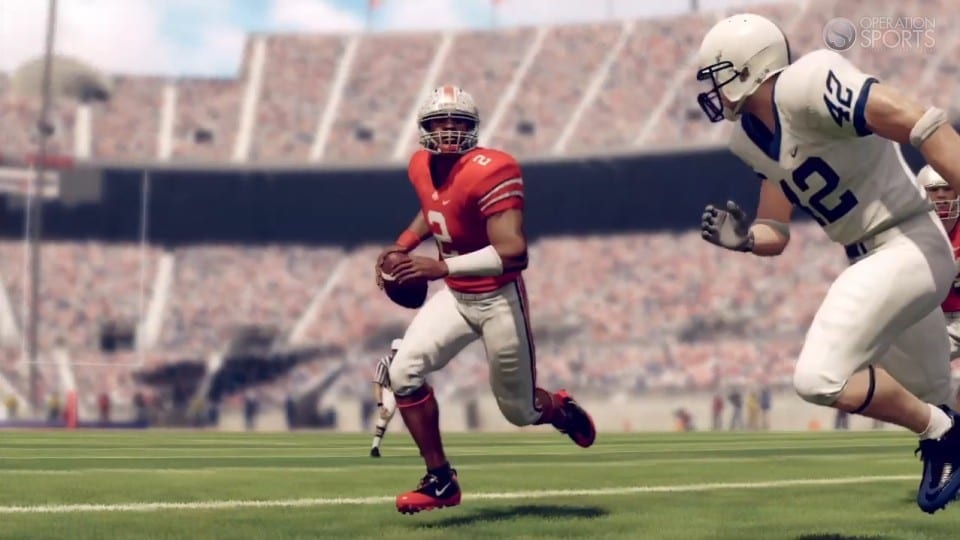 On today’s roundtable, we’re going to do a thought experiment to see which sports games some of our writers (and our readers) would bring back from the dead!

You’ve just been given a mystical superpower to bring one (and only one) sports game that no longer exists back into existence. Not only do you get the game, but you get it as if it were consistently developed since its departure from this earth. So a game released say 20 years ago has been released yearly for 20 years, etc.

As one other catch, you can’t pick a game someone else picks. We ready? Let’s go!

What is your pick and what does it feature? 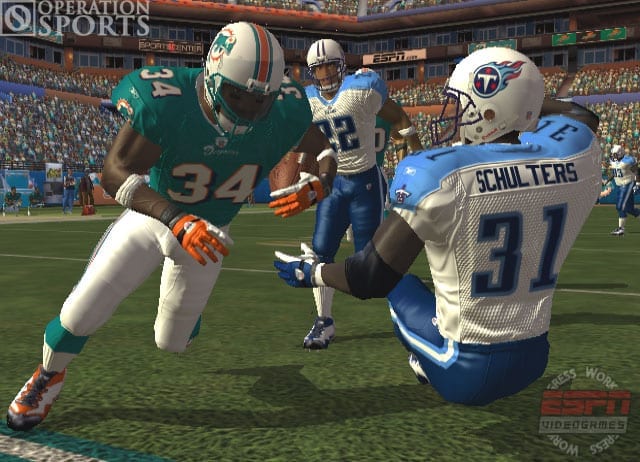 Welp, this is a no brainer for me. NFL 2K. Hands down. Thanks to this mystical superpower, I’m bringing back NFL 2K and it falls right in line with the progression that the 2K team has had with its NBA series. That being said, I’m fine tuning the game and melding elements that (hopefully) touch all bases.

I’m straight going to rob our insight from our last discussion about franchise mode and implement that here. NFL 2K5‘s franchise mode was pretty dang in-depth for the point that franchise modes were at back in that day. Carrying that forward and integrating the analytics, options and depth of NBA 2K’s franchise mode (while obviously having it fully tailored for the NFL) is what you’ll get. Users will get weekly recap shows of the week on Sundays, as well as pre, halftime and postgame shows.

Users will also have the ability to tailor the franchise experience to their gaming level between beginner, intermediate and hardcore, also allowing them to choose what would be automated and user controlled; beginner will walk the user through everything necessary to run their franchise while also educating them on the workings of each section so that they get an understanding of how a real-life NFL franchise would operate. Intermediate would tone down the instructional stuff but would still help out with the more complex areas of things. Hardcore would offer no help. Further sharing the NBA 2K formula would be “Start Today” feature for franchise mode (starting in, say, week 6 with all trades and real life records).

Presentation would be the best ever to grace a sports game. ESPN, NBC, ABC and NFL Networks would all join forces as they do in NFL now to give gamers a true immersive experience. Overlays, commentating teams, presentation packages — the whole thing. This would be an expensive part of the endeavor, but playing and watching a game of NFL 2K would look so near to what you’d see on TV that someone not knowing you were gaming would be none the wiser.

As the game would be made by the 2K team, you’d of course have a MyCareer mode. Madden’s “Longshot” was a well done story mode, but I’m sure most players would enjoy continuing on at the “end” of the story to steer a player’s career. NFL 2K’s MyCareer would offer two backstories for a player. Either your player came from a rough upbringing, fighting and surviving all the obstacles to overcome and have his shot to make it as a 5-star college recruit. Or your player was a young star who had everything in front of him, easily became a 5-star recruit, but the arrogance, ignorance and “silver spoon” luxuries they had got to their head and they lose their scholarship chances to a top college and need to work their way back to relevance. As done for NBA 2K, having 8 big NCAA football schools get on board to be in the game (like NBA 2K17) will be part of the story; the NFL Combine would also be added in to give the player the full experience.

Of course you’d have online features: head to head, “Seasons” against friends, and online franchise mode.

There would be a “Practice Field Pick Up” mode; 7-on-7 football with a full campaign mode for that alone. Each NFL team would be represented by 9 players, 7 on the field and two subs. You’ll take your squad and compete for Practice Field dominance. There’d be an arcade-ish aspect to this mode. A little more off-the-walls football, but no power-ups, just player skills.

Lastly, a full customization suite would be included; instead of just custom players, you’d also be able to make custom teams and stadiums. Face Scan would be available so you could put your own face in the game, and players could share their creations and teams with each other.

There would by a MyTeam option that would function as NBA 2K’s does, but for NFL 2K.

I’m probably missing some stuff, but this would be the big components of my NFL 2K game. And you know you’d buy it without hesitation.

While EA has been busy focusing on UFC, it’s been 7 years now since Fight Night Champion was released, meaning we have no serious contenders from current-gen consoles to get our boxing fix. So with these new magic powers bestowed upon me by OS, I am reviving Fight Night.

And do I even need to tell you how amazing this game has become since you last played it. There’s no shortage of real-life boxers that you can use in the game, from modern-day superstars like Floyd Mayweather to legends like Muhammad Ali and Mike Tyson; and they all look and behave just like their real-life counterparts.

In addition to a marvelous campaign mode that sees you working your way up the ranks in an exhilarating storyline, there’s also plenty to do online. The idea of “gyms” has been refined to allow you to have whole fight cards against other gyms. There will be all sorts of online championships that can be won at different weight classes and a customization suite that allows you to create the exact boxer you want.

Damn, I am getting excited about this game just talking about it. Get on it, EA!

The first sports game I ever played (and fell in love with) was the immortal classic, Jordan vs. Bird. Today it would probably look a lot like NBA 2K’s blacktop mode, but in my updated version it could be played offline or online against other players, and I would double down on the “vs” in the title.

What if every year the new version focused on an NBA rivalry, regardless of how real it may or may not be? Durant vs. Westbrook comes to mind. The main mode could be centered around an RPG-esc story, where they start off as teammates, and follow them from year one until their breakup and beyond. Various 1×1, 2×2 or 3×3 games would be shoehorned in there of course. You could also play through entirely as Durant or Westbrook, and see the story from their various perspectives. A lot would have to be invented, but that would be half the fun.

“Boss levels” could be 5×5 NBA games to mix it up, but the focus would be on the rivalry. I could see an All Star game in there, where you’re forced to work together, maybe even with other real players via the power of the internet, to accomplish a series of goals that are required to advance the story. 2K and Telltale Games could team up to make this happen. Oh and Spike Lee would direct, obviously.

It could go on deep into the future, following their entire careers, and take wild twists and turns depending on decisions the player makes. Like maybe in 2021 they team up again to try and win a title together? Then once you beat the story from both perspectives, you get a teaser for next year’s game. Shaq vs. Kobe, perhaps? Or Jackson vs. Mashburn vs. Kidd, featuring a whole Toni Braxton subplot? I’d totally buy that game every year!

This is a tough one. College Hoops 2K and NCAA Football are probably my two favorite sports video game franchises, and that says a lot coming from a guy that spends the majority of his time in the footy forum. Gun to my head (yes it’s THAT serious) and I would say NCAA Football. The number of hours dedicated to online dynasty and the good friends I met on OS can’t be compared to College Hoops 2K, which for me was a mostly offline experience albeit an incredibly deep one for 2008.

Apart from the game which was ahead of Madden in nearly every facet at the time, the entire experience leading up to its release is deeply missed. July was always a perpetual countdown and while many thought NCAA was the appetizer to Madden’s entree, I usually got full off that appetizer and often skipped Madden apart from exporting draft classes to see how my former players did at the next level. To this day, my buddies and I still brag about past triumphs on the field and wins on the recruiting trail while dwelling on missed opportunities.

What game would you resurrect? Give us your choice and what it’d look like in the comments below!

Three For the Summer: What Three Indie Games You Should Be Playing This Month
Our Reactions to the EA Play Press Conference