The two Diamond Dynasty events that have been held in MLB The Show 20 thus far may have been titled “The Show Goes On” but, given the fact that no real-life baseball seems to be on the horizon in the near future, a more apt title might be “The Show Must Go On.” With everyone desperate for a baseball fix or the sweet sights of any competitive sports at all really (just please, no more televised HORSE), it’s business as usual in the world of The Show and no virus (unless it’s a computer one?) can stop that from happening.

Though events have been around for a while now within Diamond Dynasty, they’ve been continually tweaked from year to year and this year is no exception. The one thing that remains constant though is that they make for an ideal way to hone your skills against online competition without all that much obligation. Unlike Battle Royale, they cost exactly zero Stubs to enter and most events are generally three-inning affairs, meaning that you don’t even need to sacrifice that much of your time to play a game (providing offense isn’t an issue; more on that later). So while it’s already been a favorite among casual players looking for quick contest, some of the changes to the mode this year have made it more accessible than ever.

Here are some observations on how events have evolved in MLB The Show 20 and some tips on how to get the most out of the playing the mode.

It was possible in the past to earn some decent rewards from playing events, but it could understandably be too much of a grind for casual players. The most coveted rewards could typically only be obtained by accumulating a set number of wins over the course of the event, which was usually a number so high that if you started the event late or weren’t willing to play regularly, there was pretty much no point in even bothering. It’s not like there were many other decent rewards along the way to that high win goal either, unless you were somehow good enough to be able to string together a 12-win streak without losing two games over the course of your entry.

The introduction of cumulative rewards in MLB The Show 20 has increased the incentive — this started to happen at the end of MLB The Show 19 as well — to participate in events by providing rewards at regular intervals so you always have a tangible goal in sight at all times. With every five wins that you achieve, you’ll collect some sort of card or pack for your efforts, including the diamond cards like Felix Hernandez at 40 wins and Brooks Robinson at 70 wins that were the sort of staple of events in years prior. 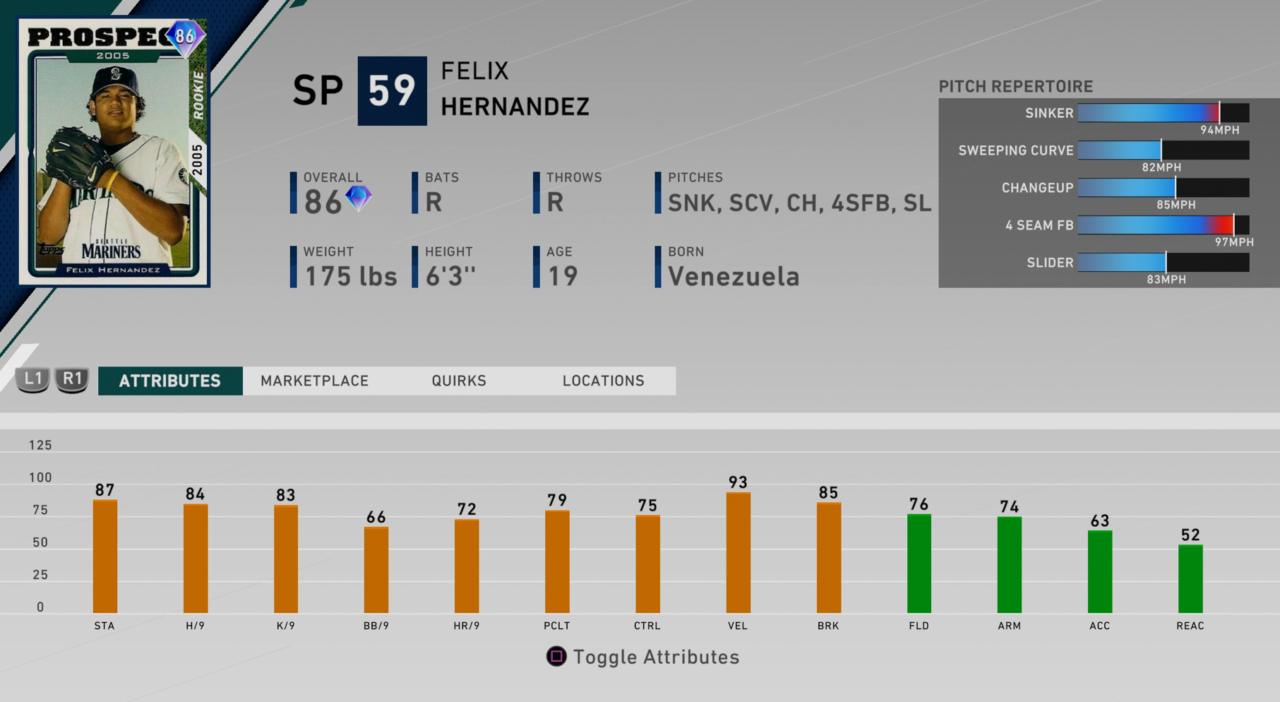 Now, 40 and 70 wins may probably seem like awfully high numbers, but the other nice wrinkle this year is that the rewards are cumulative, so your win total will carry over to all similarly themed events in the future. Since the first two events have been under the same banner, all event wins to date have gone towards the same rewards. New rewards were added for the second part of the event, allowing you to earn various cards and packs all the way up to 150 total wins.

They haven’t re-invented to wheel or anything, but this key reworking of rewards has allowed you to compete and never feel like you could be wasting your time if you don’t accrue an ungodly number of victories in a relatively short period of time.

It shouldn’t take anyone playing MLB The Show 20 in any mode all that long to realize that games often revolve around home runs. Whether or not this is a flaw in the game or an accurate simulation of what baseball has become in recent years remains up for debate, but regardless, power is undoubtedly a primary source of offense. Considering event games are decided in just three innings, squaring one up and launching it over the fence becomes even more vital when one swing can mean the difference between victory and defeat.

When this can really become a problem is when events like the current second part of The Show Goes On event are set on Hall of Fame difficulty and the people playing the game are having a rough go of things at the plate. It can be a challenge to string together a few hits when you aren’t seeing the ball well (for example, swinging at pitches in the dirt or above your head regularly) and this can cause what should be a shortened game to stretch to extra innings. As the two of you flail away helplessly at the dish, it’s easy to wonder if an end will ever come to the sorry display of hitting in which you’re both participating. Fortunately, someone will usually eventually get lucky and connect with enough of a ball with a power hitter to secure a victory and put both of you out of your misery.

Getting To Know Pitchers

Throughout an event, you’re going to find yourself squaring off against a lot of the same pitchers time and time again, and they’re often going to be starting aces and top-notch relievers. Depending on what the specific stipulations are in any given event, these may vary slightly in each one though. For instance, the first part of The Show Goes On event saw a lot of people marching out the 93 OVR Roy Oswalt that was a Prime reward in the 1st Inning Program, while the second part of the event has had a lot of people unleashing the 99 OVR Corey Kluber that plenty have unlocked from the XP Reward Path. 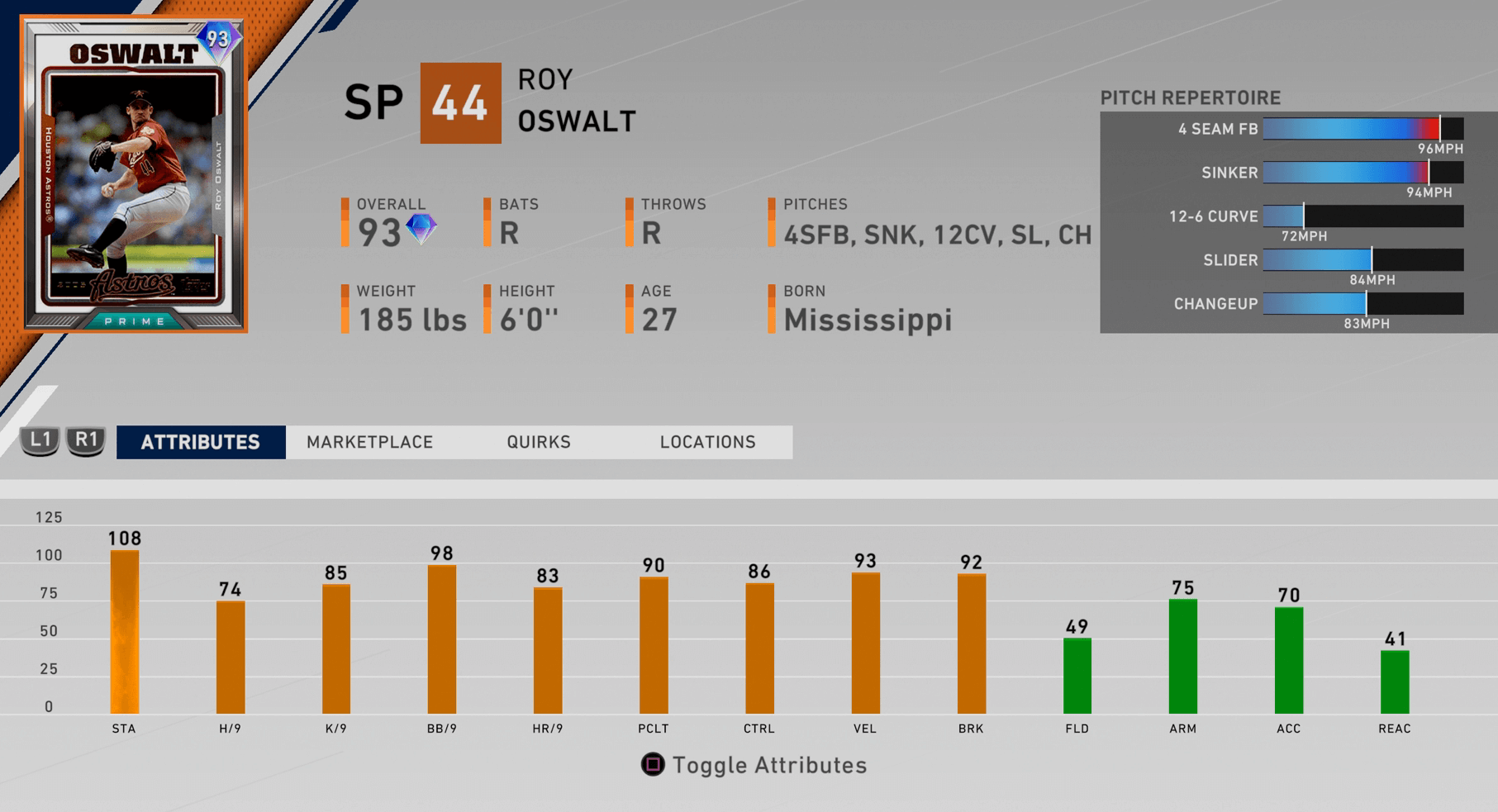 Whether it’s starters like those guys or relievers like Rivera and Eckersley, playing a lot of games during an event means getting a lot of opportunities to learn the nuances of all of their pitches and adapt to each of their particular strengths and weaknesses. It’s intimidating and challenging to try to generate any offense against someone like Kluber or Aroldis Chapman the first time you encounter them on the mound, but it’s not nearly as overwhelming when you’ve gone toe-to-toe with them 5 or 6 or 10 times already. If anything, just think of every at-bat as another learning experience where you can hone your hitting skills against the best pitchers the game has to offer.

Unlike in Ranked Seasons, where it’s easier to match people against each other based on their, well, rank and how well they’ve performed up until that point, the matchmaking in events has inherent challenges. Based on the fact that players are constantly getting eliminated and then immediately jumping back into the fray thanks to that absence of an entry fee, it’s admittedly hard to assess someone’s real skill and then pit them up against someone else.

Though all events usually come with certain squad limitations, like a cap on their overall rating, it’s not uncommon as a team of mostly gold players to square off against teams consisting almost entirely of diamonds. But it’s also not unusual to find that these elite teams don’t live up to their ratings once the game begins, and the user controlling them is tasked with showing some restraint at the plate and a little control on the mound. You do have to be aware that the opposite can be true as well — don’t be surprised to find a rare team of silvers that can absolutely blow you out. When it comes to matchmaking in events, looks can be deceiving and anyone can be beaten.

If you really want some semblance of how good your opponent is going to be, have a look at their Ranked Seasons record that displays at the the outset of every game. It’s not fool-proof but it’s at least a solid indicator of how they’ve fared in longer games and how skilled they’ve proven to be over that larger sample size.

Keep Calm And Carry On

Playing in bite-sized event games is the kind of thing where it helps to have a short memory as it’s imperative that you’re able to brush off the last game and focus on the next one. This is especially true of losses, as it’s entirely possible to cross paths with players that are seemingly capable of perfectly squaring up every pitch you paint the corners with as you’re humbled in a massive blowout that will have you simply quitting the game in the first inning when you realize how out of your league you truly are. But it’s also just as important that you leave your wins in the past because the fact that you were able to beat someone by throwing changeups in the dirt doesn’t mean that same strategy will work against the next person you’re matched up with in an event game.

I’ve had some absolutely crippling losses in event games, including the clip above where I was up by one in the third inning with two outs and was forced to endure an animation failing to trigger and had to watch helplessly as Aaron Judge just let a ball drop right in front of him, allowing the winning run to score. You can scream. You can seethe. You can take some time to share the clips with the devs so others can’t be victimized in the future. But then you have to take a breath, brush yourself off and get back in the game. Your heart may have been broken by that last game, but who knows? The next game it could be you breaking someone else’s heart with a walk-off homer and that kind of feeling is the reason you’re playing these event games in the first place.

Cancel reply
Discussion
Click here to reply to the discussion
Continue Reading
You may also like...
Related Topics:Diamond Dynasty, events, MLB The Show 20