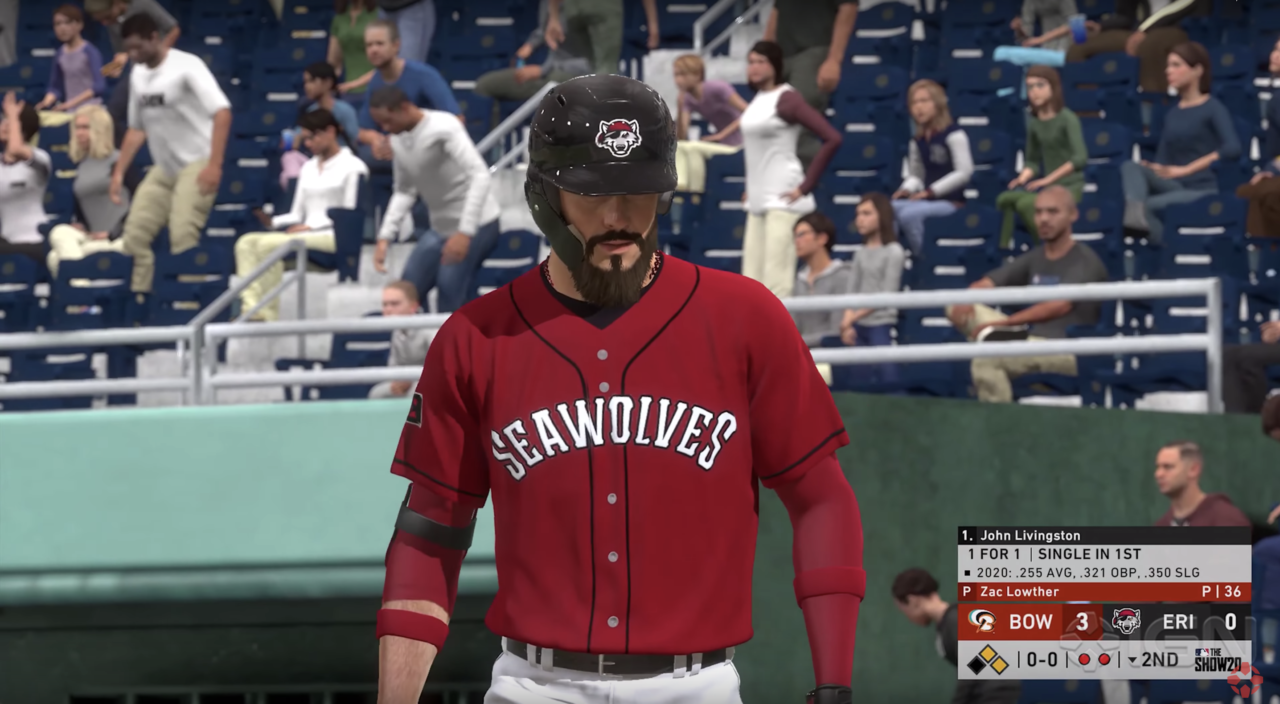 Each week, along with SDS Twitch streams, IGN puts out little features with MLB The Show Show developer Ramone Russell to hype up the new game. They’ve been doing these for four or so years now, and generally provide some fun easter eggs for the general public.

The focus this week was Road to the Show and the changes coming this year. It seems the big needle mover this season will be relationships with fellow teammates and how they impact your performance on the field.

Relationships will have a big impact on how well your Road to the Show player can perform. In an example provided by Russell, as a third baseman, a good relationship with your first baseman will be important to ensure your errant throws are dug out and handled. In another example, as a starting pitcher, a good relationship with your catcher is important to help ensure balls in the dirt are blocked. Alternatively, playing any infield position will require strong bonds with your fellow infielders to ensure the best double play combinations possible. 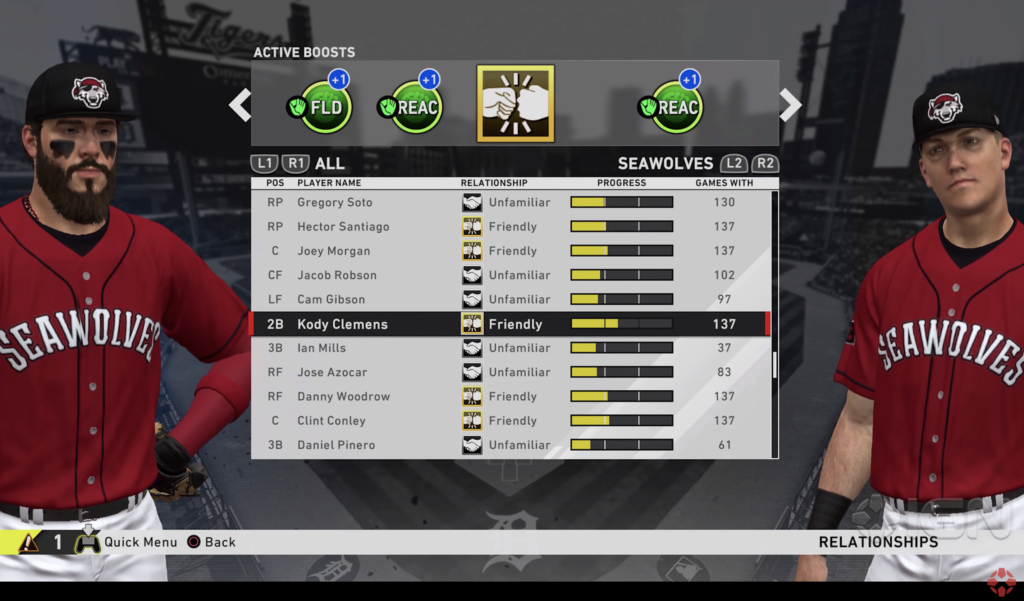 Every relationship with another player has a synergy to some degree. If you provide your catcher a blocking bonus through relationship building, that catcher, for example, may provide you a confidence bonus. Another example as a second baseman is providing a fielding bonus to your shortstop. Your fielding bonus to your cohort may provide you a reaction bonus. There’s a lot of give and take, but if you’re looking to optimize your performance on the field, especially as you meet new teammates as you work your way up the ladder, relationship building will be key.

Depending on your performance in-game, your attributes will increase and decrease fluidly with the introduction of immediate feedback. If you get a big hit with runners on, expect your clutch attribute (among others) to go up for your next at-bat. If you make a good play at third base, expect your fielding grades to move up, as well as your arm accuracy and arm strength depending on the play made. Relationships with teammates work in the same way. Make a good play on defense? Expect the relationship with your pitcher and fellow teammates to grow.

When big situations come into play — situations that will absolutely impact the end result of the game — you’ll receive additional bumps to your attributes if you complete the challenge. This is just another way to incentivize you as the user to lock in and play your best game in the biggest moments. 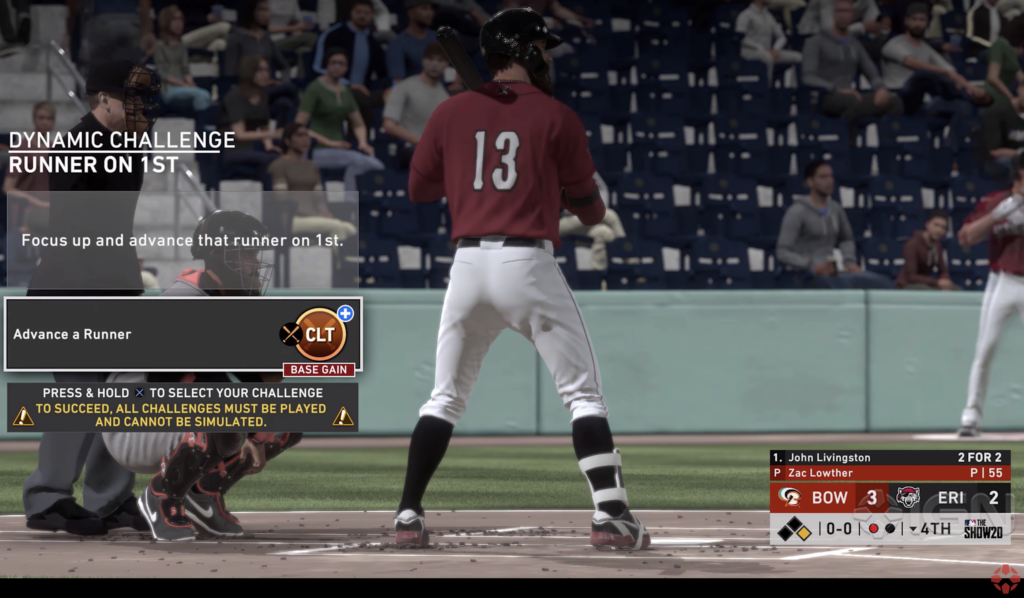 It would appear, almost without question, San Diego Studio is bringing some semblance of true minor league rosters to MLB The Show 20. It remains to be seen just how many minor leaguers will be featured, but given the variety of top prospects and lower-level guys we’ve now seen, it can be expected it will be a pretty robust effort.

Faces for the minor leaguers have been given at least some level of attention as many of the faces previewed in these sneak peek videos are reasonably close to their real-world counterparts. At worst, they’re passable create-a-players, at best, they may be low-fidelity face-scan quality. 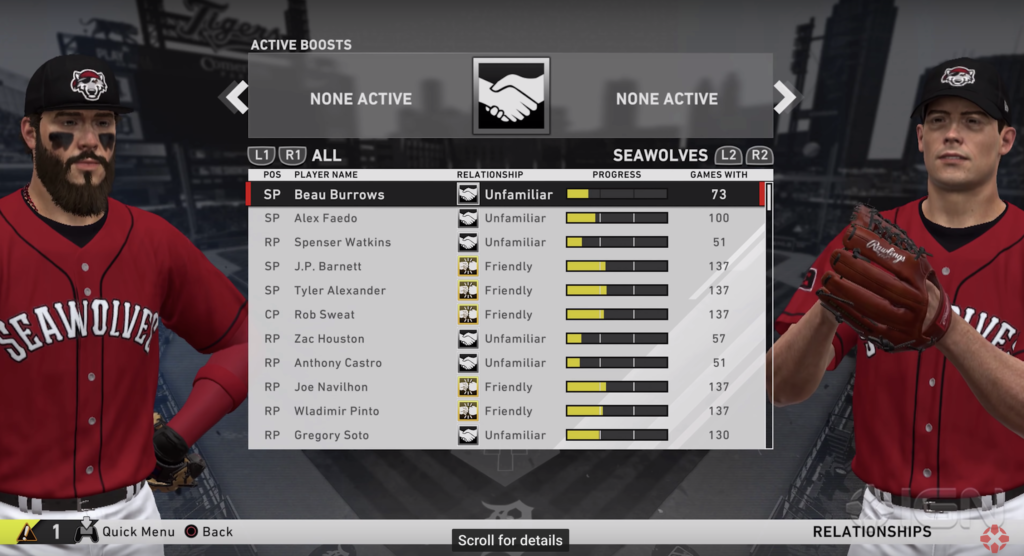 Much more information will be provided on minor leaguers, Road to the Show, and Franchise mode on Thursday at 3 p.m. during the San Diego Studio live Twitch stream. We’ll have a full breakdown on the outcome of that stream as well.