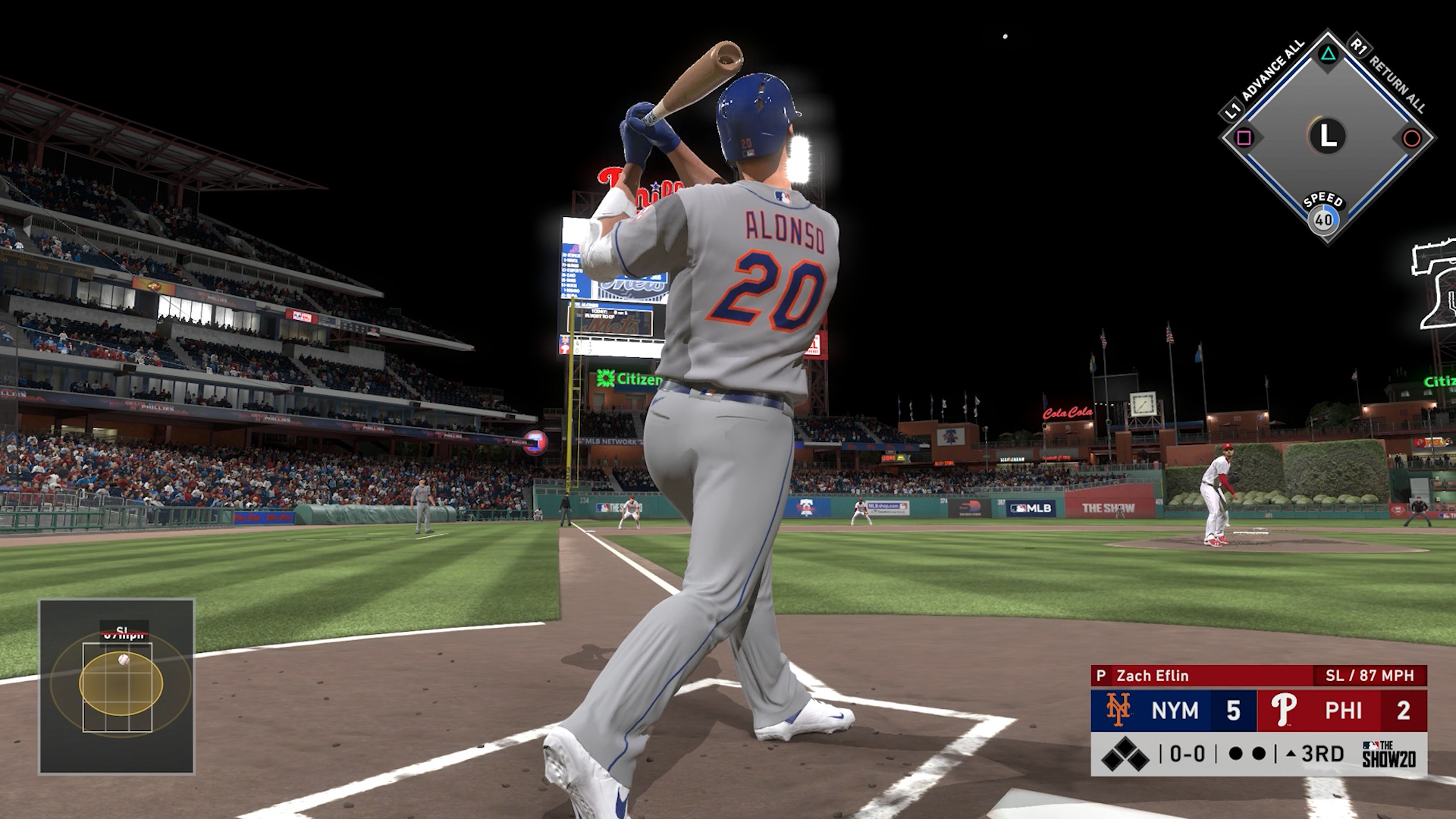 Starting today, I’ll be compiling every signature home run swing I can find for current MLB players in MLB The Show 20, and then comparing those swings to the real-life counterpart. I will also include the home run celebrations and trots when available. I’ll be doing a team each day, and we’ll be starting in the NL East with the New York Mets home run swings. There is also going to be a video companion on YouTube where you can see all the swings for each team in one spot.

Let’s get to it, starting with the Polar Bear himself, Pete Alonso.

Analysis: Pete Alonso is someone you have to get right considering he had 53 home runs last season, which was the top total in the National League and MLB at large. SDS does get just about everything correct here. In this particular MLB clip, Alonso doesn’t do a little skip after the no-doubter, but otherwise you’ve got the full extension, the two-handed follow through, and then Alonso gripping the bat in his right palm like a twig before nonchalantly casting it aside to run the bases.

Alonso also has a home run trot for crossing home plate in MLB The Show 20, but there’s nothing much to it in real life or the game. He just steps on home plate and continues on so I did not include it in the video game clip, but it’s there in the MLB one.

All in all, not much to complain about here.

Analysis: Cespedes has not seen the field in over a year. He fractured his ankle and has still been trying to come back since then. That being said, he was still hugely popular at one point, and there’s a reason he signed a 4-year, $110 million contract with the Mets after the 2016 season.

As for the grade, Cespedes is a little tricky to get right because there’s a certain level of violence to his swing that’s hard to convey in The Show. You don’t really get the sense that Cespedes is swinging the bat harder than everyone else, but that’s how it looks in real life when he takes a rip. His stance could also stand to be a little more open, and his hands and body could be a little more out in front of his lower half. Lastly, the way Cespedes always looks slightly off balance even after a no-doubt home run does not quite come across here.

On the positive side of things, the toe tap to load his swing is on point, and the follow through and the way Cespedes flips the bat away with his left hand is accurate as well.

Analysis: Cano has a little more sauce on his follow through and celebration in MLB The Show 20, but otherwise what’s here is accurate. Cano is in the twilight of his career, but his home run swing is rather signature and well known. In the real MLB example, I pulled, Cano pulls in his left arm in more and doesn’t quite drop the bat in the same fashion, but in his history there’s slight alterations to Cano’s follow through after a homer. The only other quibble is Cano has a little more bat wiggle in real life before going into the load for his swing.

Looking at other elements, the way Cano leans back onto his right heel after the swing is spot on, and the celebration at home plate is also one-for-one as well. The only minor change here is Cano gives a double clap after the sign of the cross in The Show, but in this MLB version he just claps once — but again these celebrations have slight variations in real life because most of these dudes aren’t robots doing the same exact celebration every single time at home plate.

Analysis: McNeil has a real simple swing, and in the MLB version I decided to use he torques his body a little more than usual because he really pulls the ball down the line. I used that clip though because I think it best shows off how he returns the bat to his belt buckle like a lot of golfers do after a real nice drive. All in all, I think of his whole motion as a bit of a golf swing, and that’s shown in The Show version as well. He doesn’t bring the bat quite as low after the follow through in The Show, but it still has a golf vibe to it. He keeps two hands on the bat throughout in both versions, and so this is good stuff from SDS.

Analysis: Conforto is another player who is easy enough to nail down. He doesn’t have much movement pre-load, and he steps for the load before launching a ball to the moon. He savors the moment a little more in the MLB clip because he just hit a game-tying home run in the 9th, but otherwise everything about this aligns between the virtual and real Conforto. He has a two-handed follow through, just about taps himself on the back with the bat on that follow through, and then takes off jogging the bases.

I could argue Wilson Ramos should maybe have a signature home run swing in the game, but otherwise I think SDS covers everyone they should as of now for the Mets. Rosario would be the only other one to consider, but with 15 home runs in over 600 ABs last year, he’s not exactly a huge home run hitter.

I’ll be back tomorrow with the Washington Nationals. Hope you folks enjoy this series!