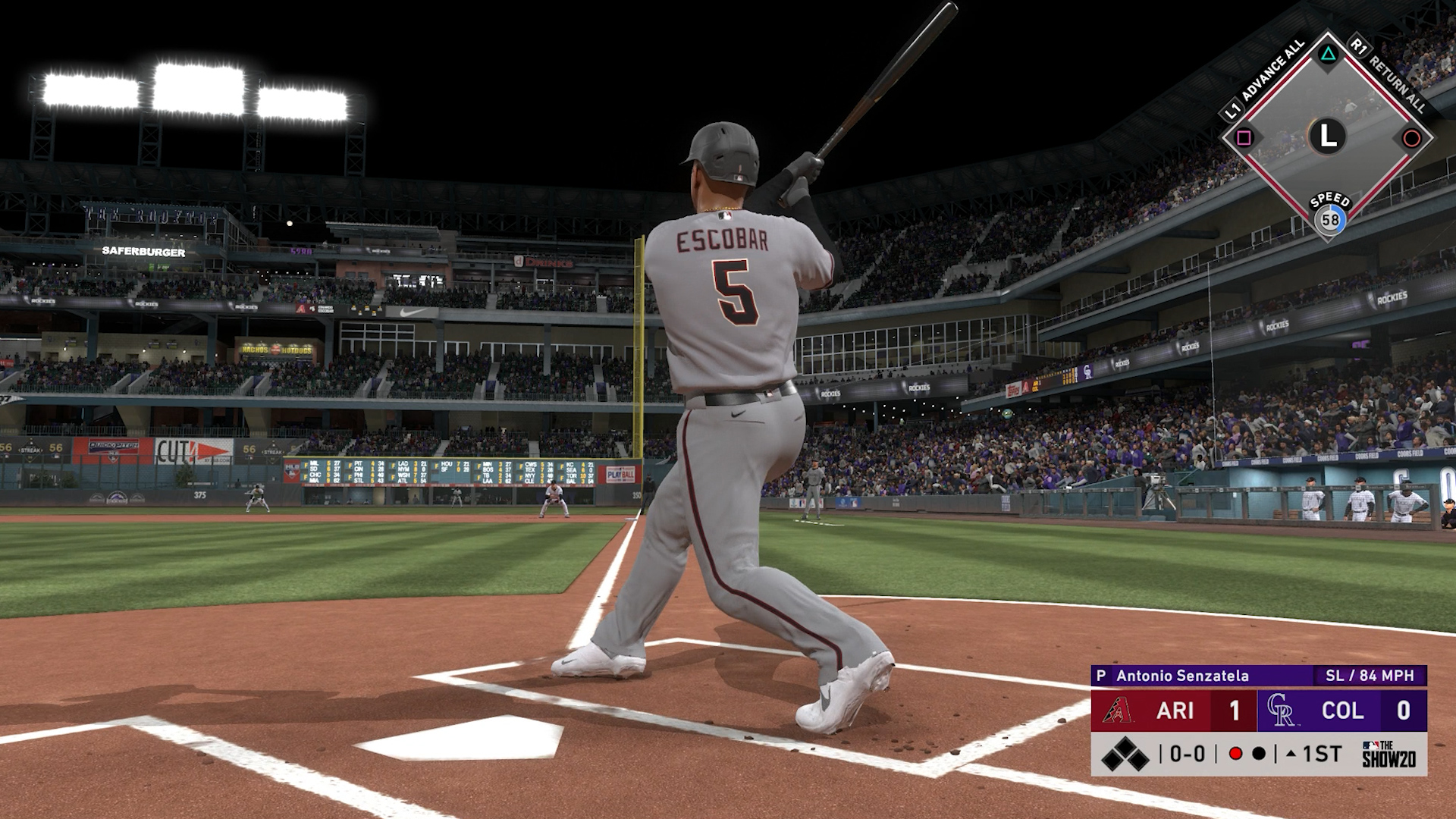 With the San Diego Padres reviewed, we have two teams left in the National League to cover. The first team up is the Arizona Diamondbacks. With the Diamondbacks home run swings, we have two switch hitters to review, and then three other mainstays who have been hitting bombs for years now.

Analysis: With Ketel Marte, his left-handed swing looks really good. There could be slightly more to the leg kick, but overall the whole vibe works here. The bat rests on his shoulder until he activates his hands as the pitcher comes to the plate. On the swing itself, it’s very simple and with a slight uppercut as he moves everything in sync through the zone. The follow through is stopped short and he comes back to neutral with two hands still on the bat as the back foot spins and points out to CF. The only other slight tweak is Marte could come up a little more on the side of his lead foot on that follow through.

The celebration is accurate enough as it does involve a touch of the chest and a point to the sky. Marte is generally a little more subdued with that aspect of his celebration in real life in comparison to The Show, but I think it works overall.

Analysis: Marte got a more generic swing for his right-handed version so there’s not as much to compare. The same lack of a leg kick is an issue, but the bigger thing is just flipping his stance from left to right is inaccurate as his setup changes. He hunches over more from the right side and has the bat activated earlier. In addition, there’s more effort to the swing itself, and the two-handed follow through extends further as he basically touches his back with the bat.

Analysis: With Escobar, the big thing is how he chokes up on the bat from the left side, and that’s not really shown here. The double toe tap is accurate, but then on the swing the follow through is shortened too much. The other big factor missing is how much happens with his back leg on the follow through. It really drives off the ground in the MLB version and helps to turn his body, but in The Show that’s not seen.

Analysis: Again, the swing is more generic here, but the issue is like with Marte above where Escobar is not hunched over enough from the right side. Again, the developers more or less just mirrored his stance on the opposite side, which leads to some issues. For one, Escobar uses a more standard leg kick from the right side. However, the follow through was made more generic from this side, and that’s good as it more closely resembles Escobar’s follow through from that side. That being said, Escobar’s overall follow through is more like a Marcell Ozuna and so it’s still not quite right.

Analysis: I love Peralta’s swing in real life, and it’s mostly nailed here. It’s a classic left-handed swing, and the big change is Peralta needs more to his leg kick in The Show. However, after that it’s smooth sailing. The hips turn and hands come through the zone with that sweet left-handed uppercut. He then pulls in his left arm as his back arches and he stares at his handiwork. Peralta has some extra swag to his celebration and bat flip in The Show, and that’s also spiritually accurate to some of Peralta’s home runs in real life.

Analysis: With Marte, the issues are more with the lower half (as what tends to be the case with most of the reviews). Marte has a more active front foot as it bounces a bit as he waits for the pitch. Then on the pitch itself, he does not have a leg kick so much as he goes on to his toe before whipping the bat through the zone. The upper body looks good here with lots of bat wiggle. Marte’s follow through is good until the bat drop as he’s relatively consistent in real life about dropping the bat to the side before even leaving the box.

Analysis: Calhoun’s stance is good as it shows off how he really bends the knees and shrinks himself down in the setup. The hands then pull back behind him a bit as he loads to then take a hack. The only real issue arises on the follow through. Calhoun goes with a one-handed follow through rather than two, but the bat flip is actually still really close to accurate. In addition, the quick follow through before flipping the bat away is still accurate even with the two-handed flip.

Christian Walker was the tough person to leave off as he had 29 home runs last year. But, again, I didn’t see anything that stuck out as truly unique when I glanced at him in the edit menu. Jake Lamb was another consideration just because he’s a Show legend, but it didn’t make sense since the Diamondbacks already had plenty of representatives. Tomorrow we wrap up the National League with the San Francisco Giants.