2K just announced Giannis Antetokounmpo as the NBA 2K19 cover athlete for the Standard Edition, becoming the first international star to grace the cover of NBA 2K. Read the full press release below.

They Will Know Your Name: Giannis Antetokounmpo Becomes First International Star to Net the Cover of NBA 2K

2K today announced that the NBA® 2K19 Standard Edition will feature Milwaukee Bucks standout and two-time NBA All-Star Giannis Antetokounmpo on the cover. The first player in NBA history to finish a regular season ranked in the top 20 in total points, rebounds, assists, steals, and blocks, Antetokounmpo has earned the nickname “Greek Freak” for his incredible athletic abilities. Keeping with the NBA 2K19 creative theme, the cover features key words and phrases which hold significance for Giannis, including “Father’s Legacy,” “Fear the Deer,” “Phenom” and of course “Athens,” paying homage to his hometown in Greece.

Coming from humble beginnings selling watches on the streets of Athens, Antetokounmpo has quickly won over NBA fans with his tremendous skill and genuine personality. He has also gained the respect of his fellow players, earning multiple honors, including All-Rookie Second Team, NBA All-Defensive Second Team, All-NBA Second Team (twice) and Most Improved Player.

“Giannis is the future of the NBA and his drive and athleticism have made him an undeniable force in the league,” said Alfie Brody, Vice President of Marketing for NBA 2K. “He’s the perfect cover athlete and we’re excited to feature him as our very first international cover star, as NBA 2K has a strong following with fans all over the world.”

Pre-orders for the NBA 2K19 Standard Edition include the following digital items:

NBA 2K19 is the next iteration of the top-rated and top-selling NBA video game simulation series of the past 17 years*.

Developed by Visual Concepts, the NBA 2K19 Standard Edition will be available on September 11, 2018 for $59.99 on Xbox One, PlayStation®4 system, Nintendo Switch, and Windows PC platforms.

The NBA 2K19 20th Anniversary Edition will be available on September 7, 2018 for $99.99 on Xbox One, PlayStation®4 system, Nintendo Switch, and Windows PC platforms.

Players looking to get a head start on NBA 2K19’s MyCAREER can download the all-new NBA 2K19: The Prelude beginning on August 31, 2018 available on Xbox One and PlayStation 4.*

Developed by Visual Concepts, NBA 2K19 is not yet rated by the ESRB. 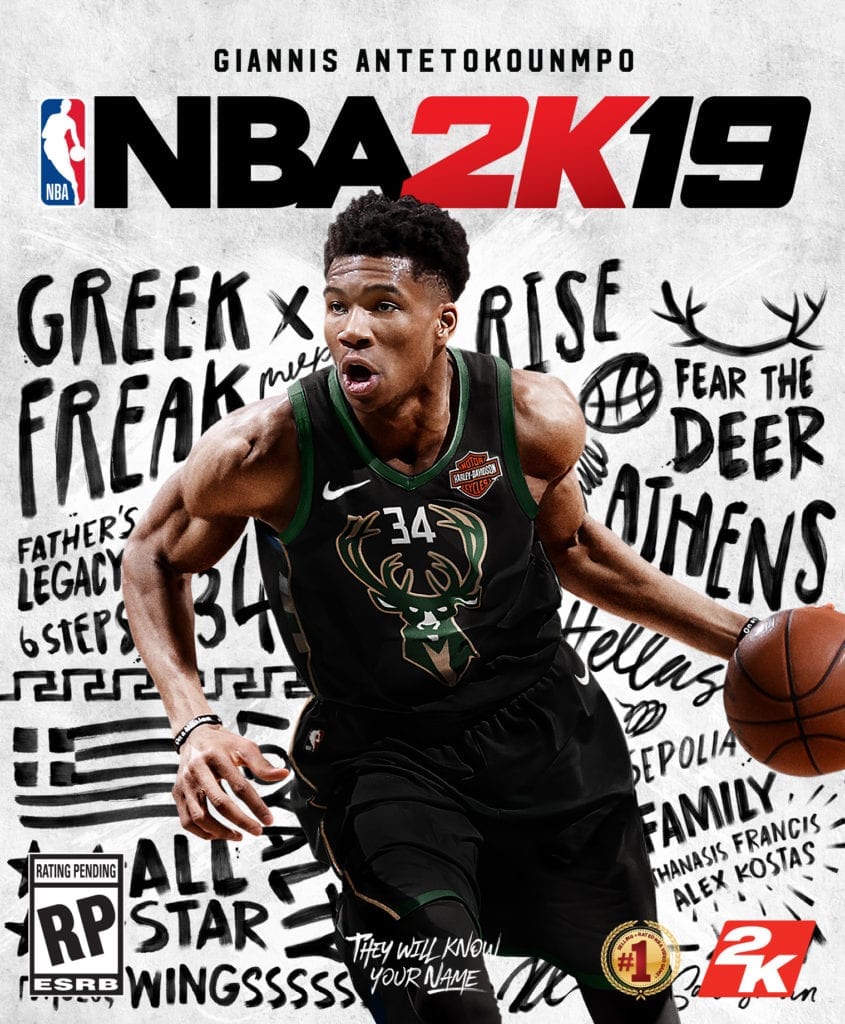 Which Top Rookies Will Have the Biggest Impact in NBA 2K19?
NBA 2K19 MyTeam Wishlist: Challenges