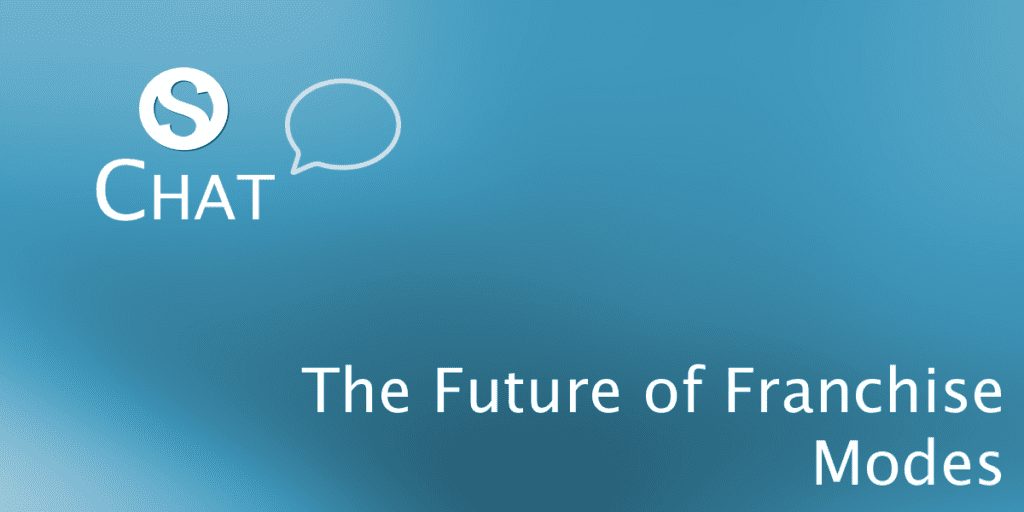 Chris Sanner: Okay everyone. Welcome to our first chat on the new OS frontpage design! We haven’t done one of these in awhile since I’ve been too busy actually helping get all of this together and chasing tornadoes — so you know…priorities and stuff. With it being early June, now is always a good time to step back before we get full-on into the hype machine of each game’s PR cycle at E3 and EA Play. So today let’s talk about the perception out there that single-player modes are being taken over by card and eSport driven modes.

Is that perception real, or is it one of those things where perception doesn’t match reality? Thoughts?

Kevin Scott: I think it’s hard to argue that card-driven modes aren’t all the rage right now, but at the same time, single player career modes also seem to draw a lot of attention, so there does seem to kind of be a need for players to strike some sort of balance in what they’re devoting their time to.

Robert Kollars: Obviously it’s subjective, but in my mind I would absolutely say yes, the perception and reality are equal. I understand why as company’s search for alternative income opportunities, but it feels like the core of what made these titles and franchises so popular are a secondary concern at this stage.

Kevin Groves: These card/eSports modes are proving to be where the vast majority of modern gamers spend their time. For companies to ignore their user base and the revenue they generate would be foolish. There’s still a market for the crowd that enjoys playing offline at their own pace vs the AI (I mostly fall into this category) but a blend of both worlds (NCAA’s online dynasty) would be ideal.

Mike Lowe: I do believe it is real, but it’s hard to know precisely how real as we aren’t privy to a lot of that information. I have been fully supportive of Millennium’s #franchisenation in an attempt to draw more attention to these single player season modes that many of us love simply to give us franchise folks more of a voice on social media. It’s a great strategy, and one that I hope developers are able to hear.

Today’s generation seems to lend itself more to these card modes (Pokemon?), and more of the “quick fix” style of play that provide shorter bursts of, for example, baseball with Battle Royale. We’ve seen instances of this coming into franchise modes with Play The Moments (Madden) And MLB The Show’s Critical Situations. The challenge now seems to be to connect a generation of social media enthusiasts to game modes that are essentially isolated. So how do we do this? In my opinion, it’s by utilizing a franchise mode 2.0. We can talk for days about what that might look like, but that would bring this mode into the 21st century of gaming and spotlight it for folks. However, it also must be done in ways FAR better than what we have now (only Madden would suffice in my opinion).

Chris Sanner: It’d be interesting to see stats on usage of something like CFM vs. MUT as one instance in terms of play time and number of total players…

In that sense, I wonder…are most of us in this chat just a dying breed? Are franchise lovers (or people who want to manage a team in a hyper realistic front office/GM/coach/player hybrid role) simply going extinct?

Chris Sanner: (Editor’s note to Mike: You are taking this way too seriously with such a long answer.)

Robert Kollars: Well I’ve been told some first-hand knowledge straight from a developer of what is made on these card games, and it’s actually quite mind blowing.

Mike Lowe:  Haha yeah I forgot there is more than one question…Edit as you wish!

Chris Sanner: We don’t edit chats! Unless Robert says something nice about Notre Dame. Then it gets edited out.

Robert Kollars: This comment has been removed by the editor.

Kevin Groves: I recall a number around $400 million generated from FIFA Ultimate Team one year which is mind blowing Bob, even if there are issues surrounding the third-party coin sales.

Kevin Scott: As someone who used to pretty much exclusively play franchise modes alone, I’m starting to gravitate more towards multiplayer online franchises. The trouble is finding a reliable one. Also, it doesn’t seem like developers are spending much time improving this mode. Looking at you, MLB The Show.

Chris Sanner: The online franchises seem like such a missed opportunity. I wonder if they’d be a fit as a subscription service? IDK just thinking out loud don’t shoot the messenger.

Also on the revenue part of the equation — I’d also like to raise another question and possibility: Is it possible card modes actually are funding the ability for people who like single-player franchise modes to still enjoy them?

Kevin Scott: Not a bad idea. I dream of being in an online franchise that offers daily or at least weekly highlights of all the games.

Mike Lowe: I don’t play much Diamond Dynasty, but I like to work on the card collections. I have no idea why!

Kevin Groves: That’s always the thought Chris, “throw some of that UT money to other aspects of the game,” and they probably do, but like Mike said, we’ll never know without the proper information.

Chris Sanner: I’d think the idea of a subscription service to online franchises with super enhanced things like highlights, full replays, better commish tools, etc. would probably appeal to that crowd — even if it was relatively niche. On the bonus side, there’d be a duplicity of function there of sorts for eSports too.

Mike Lowe: The challenge with online leagues, and I’m a huge supporter of them, is the timing issue. It’s tough to find time to play folks even in a Madden league as you both have to be available at the same time. To try that in a full-fledged baseball league? It would only work if it was their full-time job. A baseball league would work if the participants simulated the regular season, and only played the playoff series, perhaps? Or maybe just play the weekend series’?

Kevin Scott: Perhaps one of the problems is that you’re left to fend for yourself trying to find a good online franchise. And it’s a real jungle out there.

Mike Lowe: Do we ever think we’ll see a marriage of FM and FIFA? Or OOTP and MLB The Show or even Microsoft?

Chris Sanner: MIKE IS TAKING OVER AS THE NARRATOR NOW.

Chris Sanner: HE JUST HIT SANNER OVER THE HEAD WITH A STEEL CHAIR.

Kevin Scott: If only I had a nickel for every online franchise I’ve been in that suddenly folded overnight.

Robert Kollars: I think that’s where the statistical data comes into play, and of course the latest trends. The infrastructure to create something isn’t cheap, and the numbers of usage would have to align with the cost.

Mike Lowe: Yes, unfortunately Operation Sports and its members don’t build the games or decide what goes in them! It’s always a business first, and understandably so.

Kevin Groves: That’s the beauty of OS though (waits for a check in the mail from Steve), you can find a good core here. It’s how I met Bob and you see how much better my life has become.

Chris Sanner: Okay but seriously let’s get back on topic. Mike seriously did raise where I’d like to take the conversation next to kinda close us out. Is the future of single-player franchise modes one where makers need to go more of a Football Manager/OOTP route with depth, or is it one where the modes are made more accessible and even multi-user friendly? Is there a way for single player franchise modes to survive in an era where people are basically moving towards shared gaming experiences?

Kevin Scott: Can’t we have both of those things, increased depth while allowing for multiple users?

Kevin Groves: It has to be multi-user friendly. For as good as Football Manager is, not everyone wants to spend that kind of time in a game. Spoken from experience as someone who stayed up until the wee hours of the night simming.

Kevin Scott: I want it all!

Chris Sanner: YOU CAN’T HAVE IT ALL

Mike Lowe: I believe we’re already starting to creep too far into the arcade realm. We gravitate towards sports gaming because we want to be a part of something that might emulate the real-life sports we love. If studios lose that crowd, I do feel there will be issues with any sort of longevity in their titles.

Robert Kollars: I think it has to be towards multi-user friendly, but with the ability to mix user and AI controlled components. It’s just not realistic to think that people can find 30 friends to play online franchise in The Show or Madden, or 40 friends to race NASCAR Heat online…

Mike Lowe: To me, the best thing happening in sports gaming is EASHL. Tie that somehow into an actual season (not the weird psuedo-seasons we have now) where not just the best players in the world can be a part of it, and you’re looking at the start of online leagues 2.0.

Kevin Scott: That’s why it would be great if games actually had matchmaking capabilities to help people find online franchises.

Robert Kollars: I have to agree with Mike here, give me the ability to play a league or franchise in Madden over multiple years, with friends on the same team — I’m golden.

Mike Lowe: Or use strict time slots…if you want to play in the “7pm ET league” you must be there. If you miss too many games (3 strikes), you’re removed. Or something like that. I mean, we all can handle softball leagues in real life, right? Similar approach.

Kevin Scott: Love the EASHL model, but I suppose it only really works for certain sports. No one’s signing up to be a left guard in Madden or play left field in The Show.

Chris Sanner: So let’s wrap this up. Over the next 3 years, are you optimistic or pessimistic on the future of single-player franchise modes?

Kevin Scott: I suppose pessimistic. I worry that they will receive less and less attention until they’re just a forgotten mode relegated to the third page on the menu screen.

Mike Lowe: It’s trending down for me. It’s not that the experience is bad, but it’s not growing anywhere near the rate other modes are. This is what has me playing more text-sim sports titles than console for a franchise experience. HOWEVER, once one studio does it right, and I mean REALLY right, we’ll see a Renaissance.

Robert Kollars: Unless changes are made and efforts are refocused, I’m extremely pessimistic about the future. I’m not sure developers are willing to give extra cash flow to appease a fan base that is perhaps shrinking.

It's EA Play/E3 Week: What Are Your Expectations?
30 For Nerdy Brings FIFA 94 Referee Chase to Life