Originally released for the PC via Steam in June 2016, Football, Tactics and Glory (FT&G) recently made its debut on the Xbox One, PS4 and Nintendo Switch. From Creoteam Development Studios, this game is more Football Manager than FIFA or PES. In other words, FT&G is turn-based strategy mixed with RPG elements. 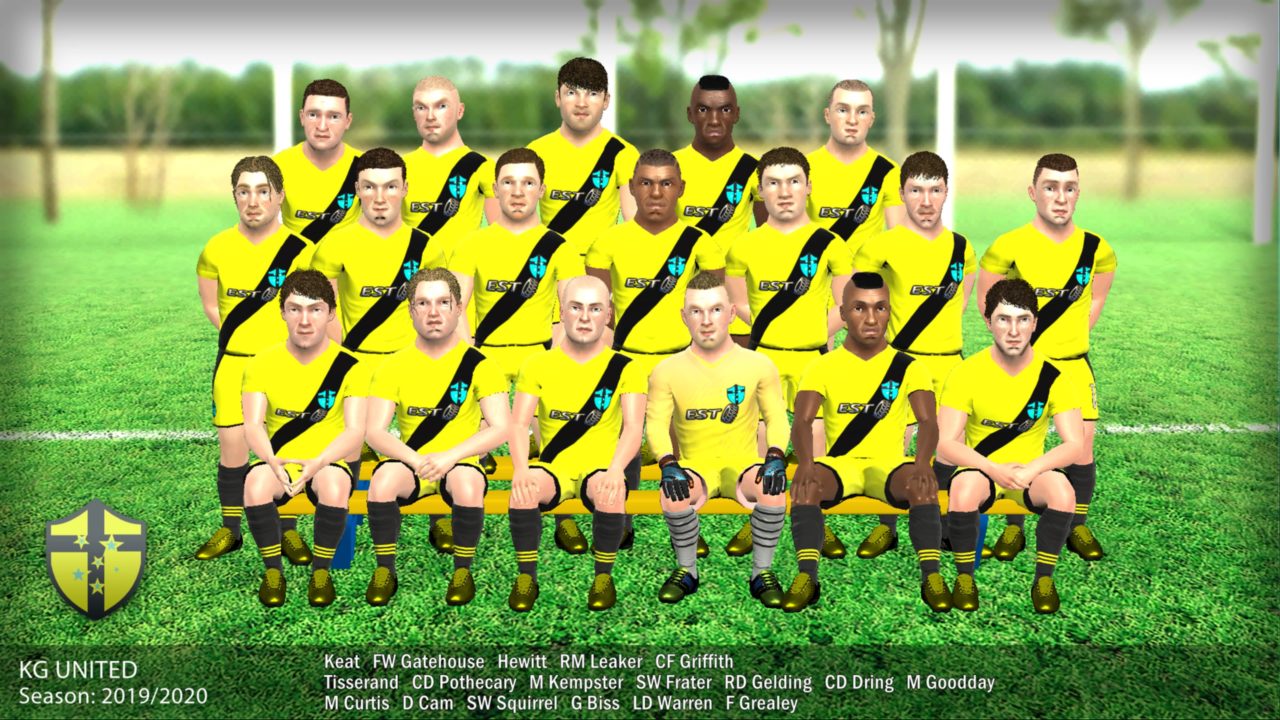 FT&G has two main modes, multiplayer and League Campaign mode. We’ll touch on multiplayer later because League Campaign is really the main attraction. This mode allows you to control a club from a vast database that stretches all the way to the amateur leagues in some countries.

Before you start your career, you’re given a few options Football Manager veterans would expect: match duration, the ability to have a tutorial and mode difficulty are present. There’s also an RPG option mixed in, that being an “RNG type” that determines the level of randomness you’ll have — indicated via tiers measured by percentage. There are a few carrots dangled in front of you on the “additional settings” screen like Easy Money, which is their version of FIFA’s financial takeover. However, there is a cost here because the three additional settings will disable trophies.

Trophies are everything in soccer and what fun would it be to basically have all of your best accomplishments wiped out? Not only that, but FT&G has an actual trophy room, something I’ve long wanted in FIFA and PES. 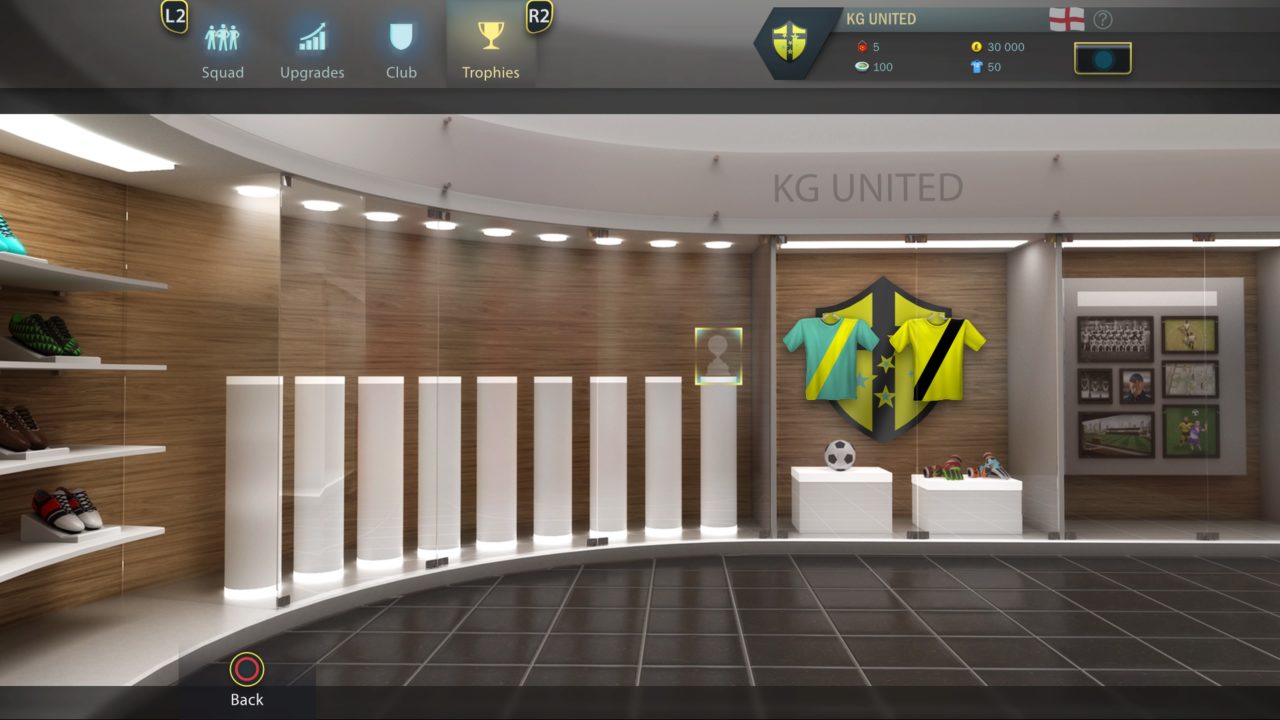 Before you even start your journey, there’s a brief tutorial that will take you through the on-the-pitch commands in a real match — basically this is your learning on the fly. After either creating or selecting a team from a huge database, you’re briefed by the president on your fledgling club. The conceit here is that your club has dropped down to the lowest league in the country. For me, it was England’s Amateur Division.

This is where the real fun begins.

After taking control, you will find some familiar features if you have played FIFA’s career mode or PES’ Master League. This includes things such scouting, youth academies and a player development/training system. The home screen UI is simple, easy to navigate and contains nearly all the tools you would need to run a real club. Scouts are available and incrementally increase in cost as you progress higher in their tier system.

Once players are brought in, transfer negotiations are relatively straight forward as is offloading players. Once you have your squad, you train them with upgrades earned via matches played. You can increase their traits, known as specializations, through a skill tree reminiscent of FIFA’s Pro Clubs system. With both league and cup competitions available, there are plenty of fixtures here. Even a version of the Champions and Europa League exists for the clubs in the highest tier, and you can view tables from other leagues around the globe. Squad management is straightforward because all players have four main ratings (control, acceleration, pass, defense) that tie into a leveling system that incorporates age. All of these factors help to influence player value, and training up players can earn them special skills such as “Rainbow Feint” and “Head Play” for center forwards.

Since you’re technically in charge of the club’s finances, certain club-level elements resembling those you’d find in Football Manager are available for investments. Stadium capacity, youth academy, senior scouts and positional coaches are a few of the options you can upgrade with their virtual coin system. Once you’re done with the off-the-pitch dealings, it’s time to take to the pitch and start up your season.

In a nutshell, it’s easy enough to quickly master the basics, yet deep enough to appeal to your tactical taste buds. FT&G is a turn-based game with each side fielding a full team. Matches progress with each team having three moves. As you get better players or learn special skills, you will sometimes gain extra moves. However, at the start you’ll be limited to the standard move allocation of three.

Each turn (a completion of three moves) takes roughly 5-6 minutes off the match clock, which means you can fly through games and will probably experience a few 0-0 or 1-0 matches until you get the hang of it. Once you become familiar with your squad and the commands, you’ll start to score more frequently.

From here, the game opens up a bit, all the while teaching you if you opted to keep the tutorial on. Pre-match scouting as well as adjustments are available with substitutions being able to take place at any time, but things like formation changes are reserved for halftime. I found both of these decisions to be very helpful. For example, the pre-match scouting allows you see what formation the other squad will be using, which allows you to adjust accordingly (all eyes on you FIFA 21).

In my experience, the AI is decent but not up to Football Manager levels. Better teams with better players will be tougher to beat because the game revolves around one-on-one interactions. When two players do meet up on the same block, the outcome is usually decided by the better player — usually the one with the higher ratings and a slightly random dice roll. I say “usually” because there are settings that can randomize these situations to a greater degree if you want.

As I got familiar with my squad, I started to understand which of my players were better at passing, beating defenders, etc. In case you forget any of these things, the in-game menu and the “Footballpedia” are great and easy to use.

If you’re a fan of the Civilization series like myself, you’ll feel right at home with the “combat” system. Remember, moves are limited to players on the ball because you can move any of the outfield players in both attack and defense.

Since this is a footy game, players can get injured, commit fouls and suffer from fatigue that forces you to alter your approach. When it comes to scoring goals, most of my successful attacks came from out wide because my amateur players were not capable of beating too many defenders with a dribble.

The animations are not too bad either. Yes, they are repetitive, but the jockeying for position on a corner and fending off of a defender while on the ball are slick animations. The same goes for the teammate reactions after scoring a goal.

Set pieces are fun, with the ability to ping in long passes (once your player has acquired the skill), and there’s a bit of hoofing it up the pitch when protecting a lead to satisfy the most Stoke-like of FT&G players. Lastly, you have the ability to play, watch, or simulate matches with the “watch” option having a feature where you can jump in at any time and take control.

As expected, the graphics of this game are not a major selling point. However, they’re not bad by any means, and the art style is similar to Nintendo’s Mii characters. As mentioned before, the UI throughout the game is incredibly well done and simple to navigate. After only a few plays, I was flying through the menus as if I were a seasoned FT&G player.

I really enjoyed the amateur league atmosphere, complete with a pitch featuring bicycles as if the players rode them to the match. Progressing up through the leagues leads to more supporters in attendance and better stadiums (as you’d imagine). One of the hidden gems of FT&G is their version of the edit mode. While the game lacks official licenses, the creators did a very good job at recreating color combinations to match their real-life counterparts, complete with a logo system featuring several believable logos. The game doesn’t feature the FIFPro license so there are no real players. That being said, every player, club, league name/logo, etc. can be edited but not shared on consoles. I am told there are mods for the PC version, but a PES-like Option File would take this game to the next level.

Football, Tactics and Glory can be taken online through the game’s multiplayer mode. Within this mode, there are three sub-modes where you can compete. First, is a straight online mode where you can actually take your exported campaign league team to play versus a random opponent or a buddy.

There’s also a “hotseat” mode available, and it seems like a great mode — one FIFA and PES should emulate. Hotseat mode allows you and your buddies to create a tournament or play a whole season together against each other. So the mode design itself is not what I dislike, it’s just in my time with the game I have never been able to find a match against anyone on PS4. Perhaps the folks who are into this kind of game already purchased it through Steam, but having a cool mode available yet no one to play it with is a huge tease. 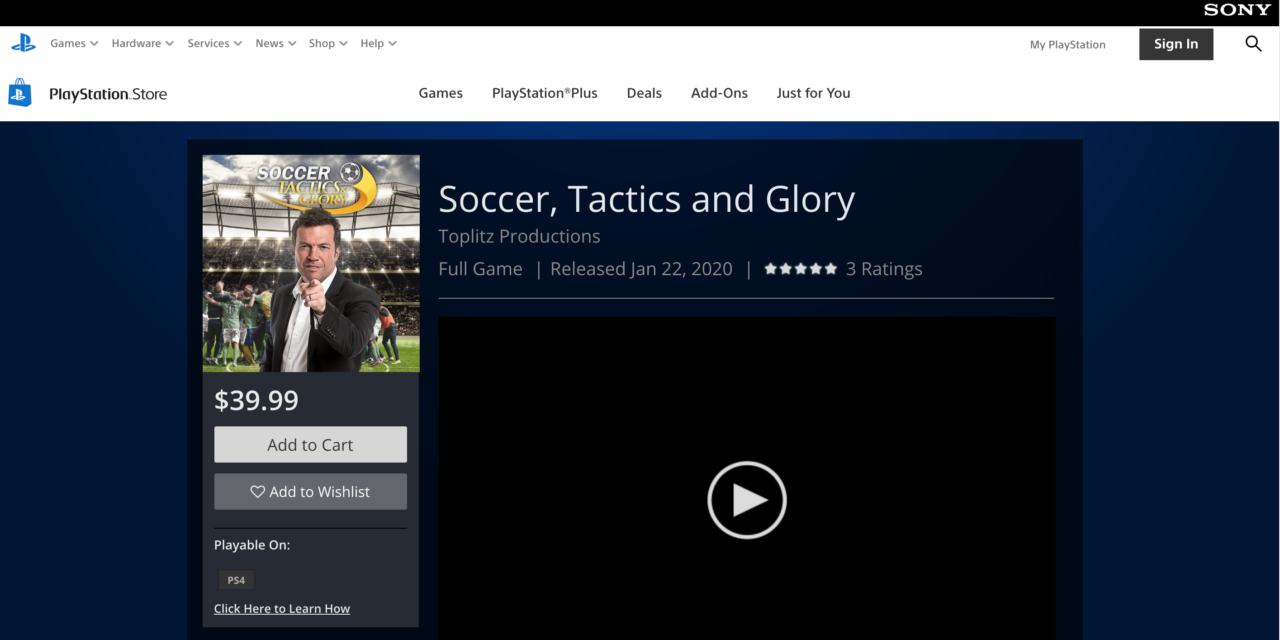 Look, this game is really fun, but it’s not suited for a console. Games like Civilization are better suited for the PC or mobile devices because of the amount of time they consume and the mods made available through the community. In an effort to push this game to the consoles, I feel like the publisher was forced to pair it with a console-based price, and it’s hard to fully recommend a game like this knowing it’s $25 on Steam. Is it a good game? Absolutely, but it’s a hard sell at $40. 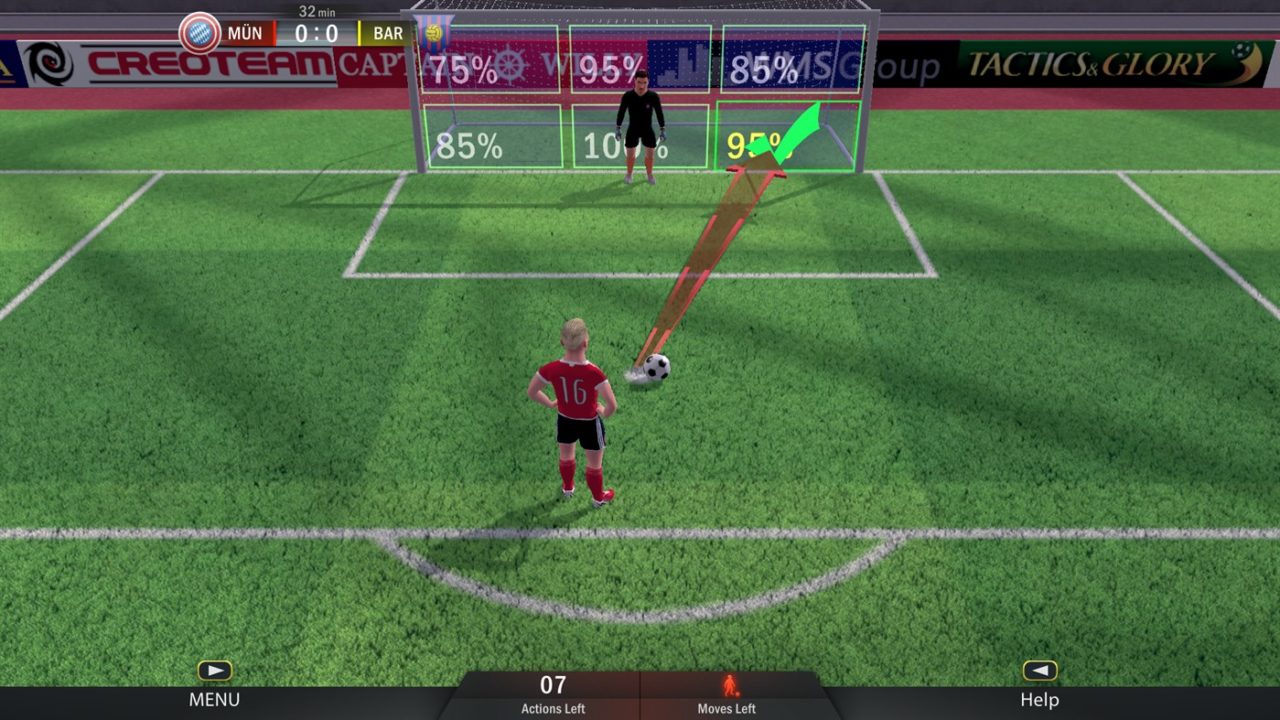 I’ve played some bad indie soccer games over the years and this is not one of them. Around nearly every corner there’s something that impresses me. The layout is simple yet intuitive, and the editing capabilities are top notch. Gameplay is simple enough to grasp yet deep enough to challenge you as you progress.

The only glaring issue with this title is the price. At nearly $40, this game will scare some folks away. It’s also more suited to be a mobile game. So if you have a Nintendo Switch, I’d recommend buying it on that platform as opposed to the PS4 or Xbox One. It’s the kind of game where you’ll need to grind a bit, and that is better suited for a mobile gaming system and/or PC where you can use mods to help with team and player names.

Monster Energy Supercross 3 Review: Some of the Best Motorcycle Racing Ever
Ultimate Rivals: The Rink Review - We Got Ourselves a Good Mobile Hockey Game