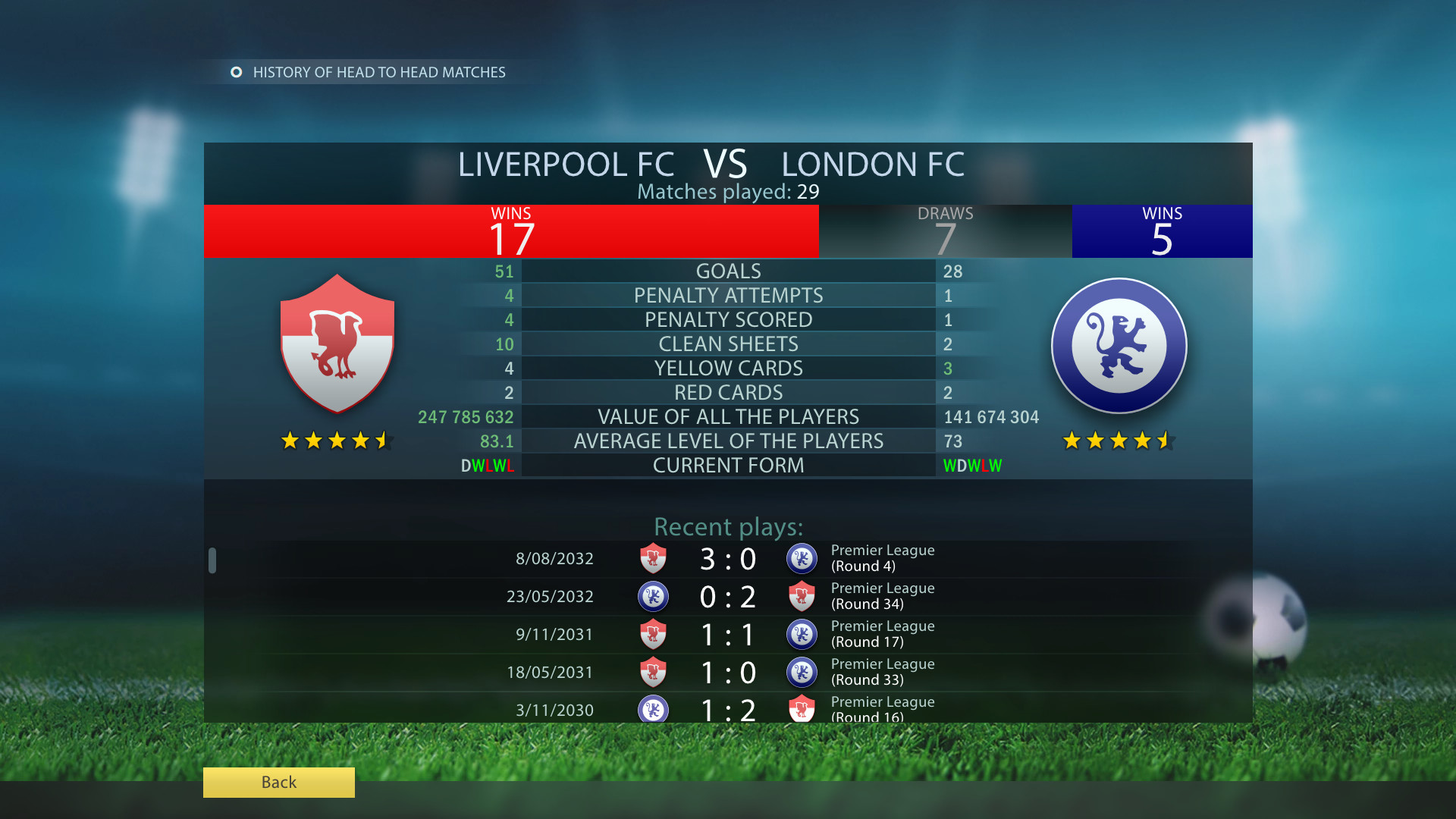 The expansion was named Football Stars to reflect one of the main new game mechanics: Giftedness. The higher a footballer’s Giftedness, the higher the level he can attain, and the more effectively he will use his skills in a match. This gives extra depth to management since you will need to find new strategic approaches to building your ideal team. In addition, this mechanic also affects the gameplay for tactical matches, since players will now have to be wary of the Giftedness of their and opponent’s footballers in various positions.

The game mechanics for transfers now offer greater freedom and variety both when buying and selling footballers. Players will be able to buy footballers abroad and purchase them directly, even if they aren’t on the transfer list (although you’ll end up paying more!). Other clubs will be able to ask the player to sell their best footballers for good money. In addition, there are now new methods of paying to the player for a footballer. For example, a club can offer more than the asking price but pay half now, and a half after six months.

These features have made the game world even more vivid and fascinating. Previously, players weren’t really able to feel it, since the history of the game world wasn’t stored. Now, however, the game saves a huge amount of data regarding every single tournament, team, and footballer. Players can view this data as interesting graphs, diagrams, historical tables, and analytical reports. Players who enjoy studying statistics are sure to love this feature.

As well as these three features, Creoteam has added a huge number of enhancements and refinements. These include a new specialization branch for footballers, new staff, new club infrastructure, improved AI for enemy teams, new celebration animations, a reworked card system, and much more.

If you missed our Football, Tactics and Glory review we posted early this year, make sure to read it here. Players can try out a free demo on Steam, and if it’s something you enjoy, it’s currently 50% off through November 18 for $12.49. The game is also available on Nintendo Switch, PlayStation 4 and Xbox One.

I’ve played some bad indie soccer games over the years and this is not one of them. Around nearly every corner there’s something that impresses me. The layout is simple yet intuitive, and the editing capabilities are top notch. Gameplay is simple enough to grasp yet deep enough to challenge you as you progress. The only glaring issue with this title is the price. At nearly $40, this game will scare some folks away. It’s also more suited to be a mobile game. So if you have a Nintendo Switch, I’d recommend buying it on that platform as opposed to the PS4 or Xbox One. It’s the kind of game where you’ll need to grind a bit, and that is better suited for a mobile gaming system and/or PC where you can use mods to help with team and player names.

Football, Tactics and Glory Review: A Mix of Civilization and Football Manager