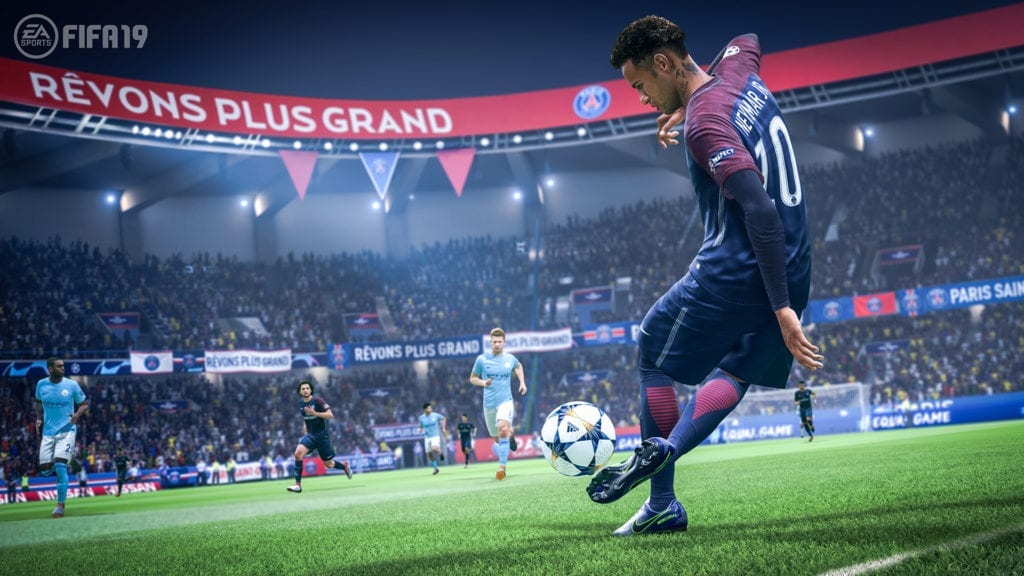 Fresh off a somewhat disappointing World Cup DLC, EA took to the stage first at E3 and delivered an impressive presentation highlighting some of the key additions and features that will make its way into FIFA 19. Without further delay, let’s jump right in.

On center display and at the heart of their entire showcase was the Champions League. Rumored to be heading back to EA after UEFA and Konami parted ways last month, the Champions League is back in FIFA and playable in a variety of modes. Whether it be a standalone tournament, incorporated in career mode, Alex Hunter’s The Journey, or through Ultimate Team, the Champions League is back in all its glory. Early feedback from players at E3 say that it’s implemented really well considering EA has only had a few weeks to work on it. Everything from the official anthem, to night matches, to walking down the tunnel is said to be well done as you attempt to achieve club level’s highest achievement. Also worth noting is that official patches appear to be included on the jerseys, an issue EA has seemingly corrected from past mistakes.

It’s hard for me to contain my excitement as I type this. Long thought of as an afterthought, tactics have sadly never really been embraced by the larger FIFA community. But leave it up to EA to finally throw us offline players a bone. Hailed as Dynamic Tactics, EA has reworked the tactical system to provide gamers with a variety of options, both offline and online, to customize our team’s play to our liking.

Pre-match customization includes the ability to have multiple formations for attack and defense (think PES’ Fluid Formations) to help counteract your opponent’s moves by adjusting on-the-fly to different scenarios throughout the match (chasing a result, holding onto a result, and so on). With the ability to set different formations, tactics for those formations, as well as individual player instructions, this should result in total control for the inner-Mourinho in all of us. Early play testing and impressions from E3 speak to the ease at which you can set these offline, carry them over into a match, and choose them on the fly (think on-the-fly substitutions incorporated in FY18). Graphical representations and diagrams of how your team will react if a certain tactic is selected (think chalkboard) is also said to be included, giving those folks who aren’t as tactically savvy a visual representation to aid them in this process. As giddy as I am about this reworked feature, I do harbor concerns about the CPU’s ability to change on the fly, as well as EA’s team tactics/player attribute setup in getting these right. One thing I have no doubts about is the hard work done by some OS regulars in providing career mode players with tactics for the clubs in all major European leagues — helping to create the most authentic experience. 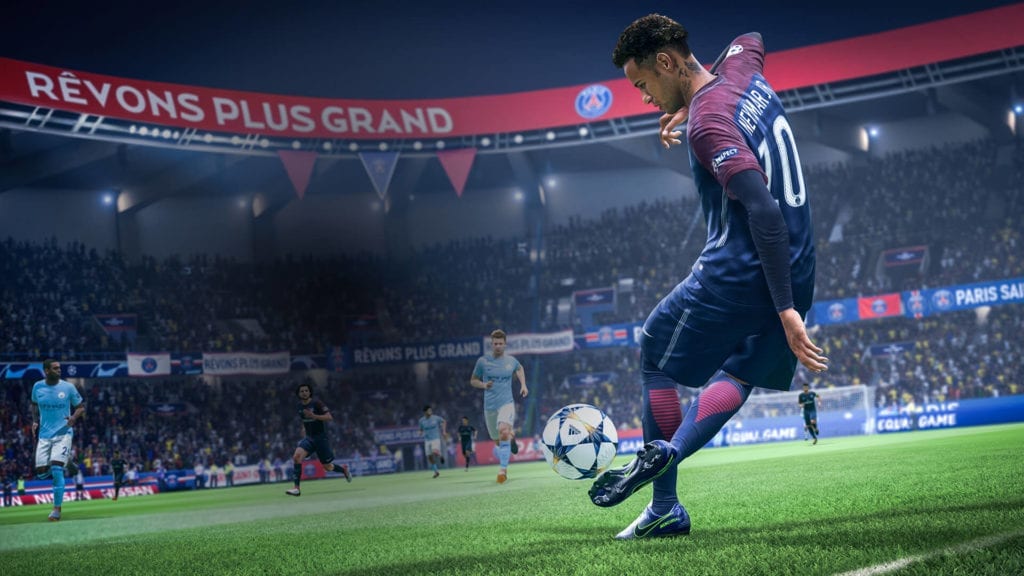 Despite its impressive animation database, FIFA 18 often suffered from poor animation choices in certain situations, particularly in taking touches when defenders were in close proximity. These heavy touches usually resulted in losing possession, and in a game where you’re often under immediate pressure, especially near the box, this improved Touch System is a welcome change. Having a “good touch” in soccer is one of the most important characteristics, and adding more fluidity and options to make you think how you approach an incoming pass is just as important as the physical execution of said touch. EA will need to make sure this new feature is balanced and not able to be exploited.

Raise your hand if you’ve ever yelled at one of your CPU teammates for completely ignoring a 50/50 ball (note: all people reading this should have their hand raised). It’s an issue that has plagued FIFA for as long as I can remember. The inability of your teammates to recognize spatial awareness and/or anticipate a winnable ball often leads to you switching to the nearest teammate and hustling to the ball, often leading you to dragging a player out of position while being a second late to the ball. Unfortunately this is evident throughout the pitch, but it’s especially frustrating in or around the box. Parries from the keeper that should be an easy tap-in far too often result in your player running away from the ball and back to their defensive position. Tuning spatial awareness for situations like this will help lessen frustrations when playing against the AI.

Of all the new gameplay features touted by EA, timed finishing gives me the most cause for concern. On one hand, a skill-based shooting system sounds delightful. On the other hand, the idea of online abuse when mastered brings back bad memories from the past where finesse shots to the top corner were all too common. Early feedback suggests that it’s difficult to master, and for those of us who prefer to play offline against the AI, the feature is supposed to be optional. In an ideal world, there would be a sweet spot where ratings and player skill come together to offer a rewarding shooting experience that takes into account body position, player ratings/attributes, and quality of the incoming pass among other variables. If these variables are able to be bypassed in favor of a perfectly executed “double-tap” of the shooting button, then a lot of hard work done by EA goes out the door. Ultimately, the proof will be in the Yorkshire pudding.

Motion capturing to help bring to life the individual animations (running styles, shooting technique, etc.) creates a healthy simulation of what we see on TV. What’s the point of 3-D scanning Neymar to include every single tattoo only for him to run and act like everyone else on the pitch instead of the dynamic game-changer he is. Hopefully “enhanced player personality” means that star players play like themselves with teams playing through them. More often than not, players like Messi and Ronaldo hug the touchline and are just as easy to defend as a League 2 player from Swindon Town (apologies to any fans of the Robins). With a database of thousands of players across various continents, it’s often hard to create the minute differences between them, but quite simply there is no excuse for the top European leagues to suffer from monotonous gameplay. Imagine the kind of reactions NBA 2K fans would have if say Steph Curry and Lonzo Ball played and moved the same exact way.

Despite the FIFA team only having 15 minutes or so on the stage at E3, I feel as if they spoke directly to our core base here at Operation Sports. Without getting too deep into gameplay, the early news out of EA Canada seems to be positive, focusing on the little things to help improve the game. Without having to worry about licensing, EA can put its resources into creating the best video game simulation possible while catering to many different audiences.

With all of this said, what feature are you most excited about, and conversely, which new feature gives you the most cause for concern?