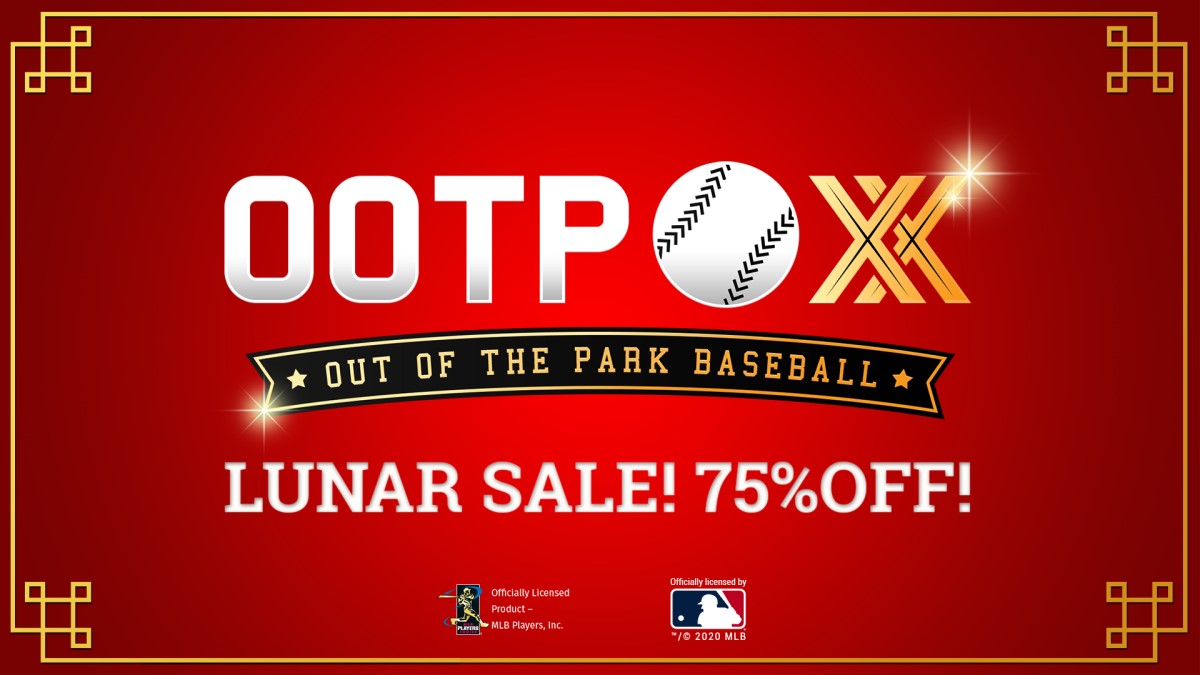 Out of the Park Developments is celebrating their biggest and best year ever with their biggest sale in company history! From today until 1 PM ET on January 27, Out of the Park Baseball 20 is just $4.99 (75% off), Perfect Points are discounted, and Historical Packs are back! Meanwhile, from today until 6 AM ET on February 3, Franchise Hockey Manager 6 is just $19.99 (50% off) to mark the Honda NHL All-Star Game!

That’s literally everything the company has to offer! 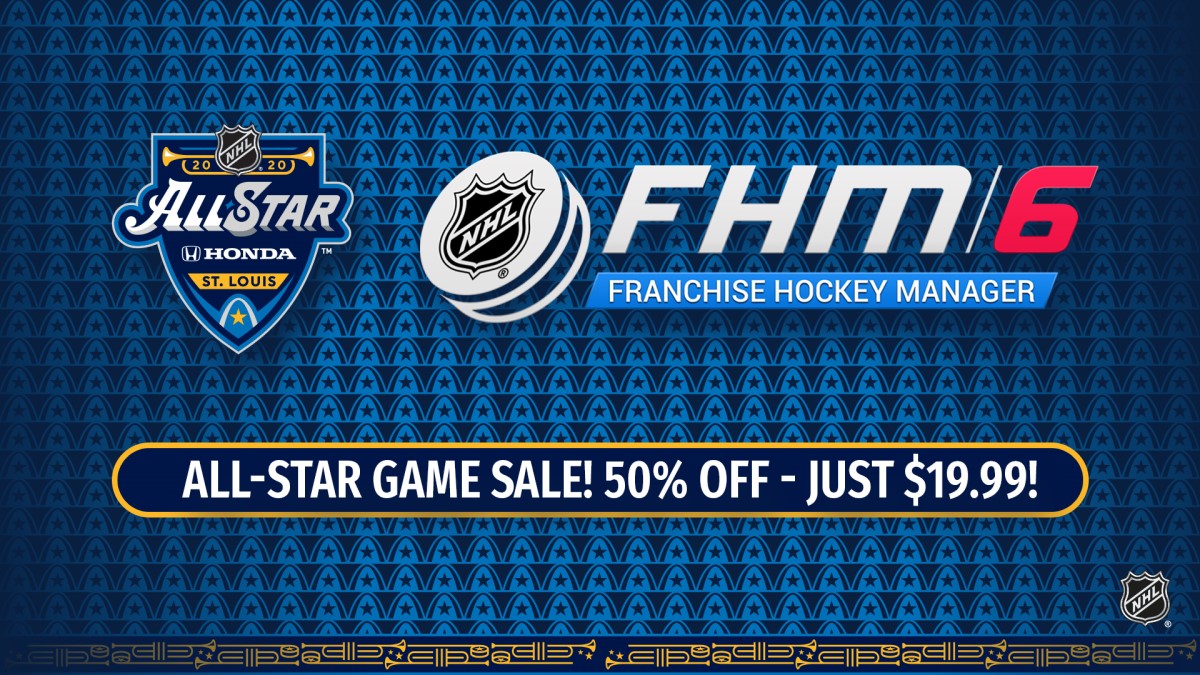 If you’ve been on the fence about Out of the Park Baseball 20 or Franchise Hockey Manager 6, today is a great day to grab them both! They have gotten high praise from us, with us calling Out of the Park Baseball 20 “fun and challenging in a way that values baseball strategy and team-building philosophies over things like hand-eye coordination and stick skills on a controller” and Franchise Hockey Manager 6 “feels like a living, breathing hockey universe”. Both games are actively supported by the development team, with OOTP getting new Perfect Team content every week through the Hall of Fame celebration and FHM 6 getting its latest game update just last month. 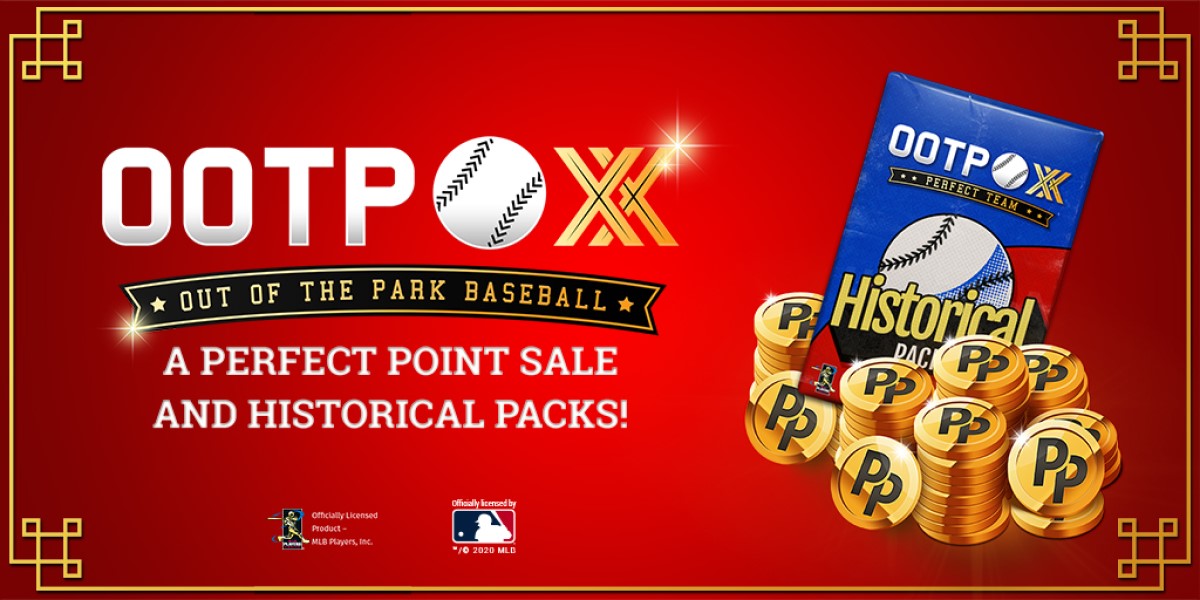 The Perfect Points sale is huge too, as it’s a great way to set your team up for success in any and all of the various “traditional mode” tiers as well as create all kinds of fantastic lineups for the dozens of Tournament lineups that the game features. Historical Packs are great too, offering a guaranteed Gold card and nothing but historical players that really help transform your squads into powerful teams.

Every Tuesday brings a new episode of OOTP Now, the popular podcast produced by the Out of the Park Developments crew. This week, host Rich Grisham chatted with OOTP genius Alex Murray about the best way to go about making trades in OOTP’s Franchise mode, plus a great discussion with minor league guru Scott Spindler all about the top 10 lefty and righty pitching prospects. Be sure to catch it!

The Kevin Kennedy Show: Managerial Turmoil and the Hall of Fame inductees

Every Thursday brings a new episode of The Kevin Kennedy Show, brought to you by Out of the Park Baseball. Rich Grisham talks baseball with MLB player, manager, and announcer Kevin Kennedy, and no topic is off limits! This past week, the two chatted about Kevin’s experience with all four new Baseball Hall of Fame inductees as well as his thoughts on the ongoing turmoil surrounding the teams that need new managers in the wake of the cheating scandal.

We also reviewed Franchise Hockey Manager, you can read that here.

Franchise Hockey Manager is an incredibly deep game. You could sink months into a historical game without touching the current-day rosters. You could spend hours and hours scouting players from the European Elite leagues to bring over to the NHL. You can even change the way that player’s skills develop in historical leagues (between an “organic” method based on the player’s age/last three seasons in-game, or an actual representation of their skill level at that exact moment in history).