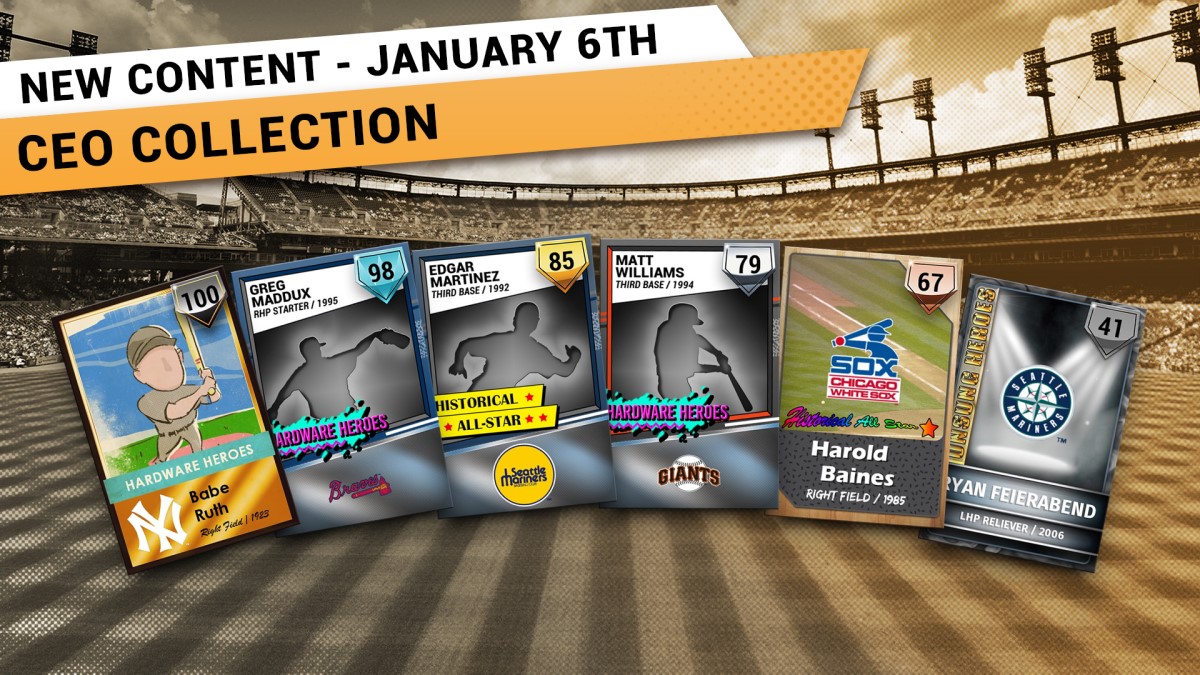 Out of the Park Baseball 20 keeps the Perfect Team train rolling in the new year, releasing a brand new set of cards this week. OOTP Developments CEO Markus Heinsohn personally chose this set based upon fond memories of players as he grew up experiencing baseball in a unique way – living in Europe in the days before the internet brought the game to you globally in an instant!

Out of the Park Baseball 20 is now just $19.99! With the entire history of baseball at your fingertips, plenty of offseason moves to make for your current favorite team, and an amazing Perfect Team universe pulsing with new competitions every day, now is a great time to jump into it. You can get it directly from the OOTP website, from Steam, or from Origin.

The OOTP Now Podcast: A look back at Perfect Team

Every Tuesday brings a new episode of OOTP Now, the popular podcast produced by the Out of the Park Developments crew. This week, host Rich Grisham chatted with OOTP’s Community and Content Developer Kris Jardine about the immense impact of Perfect Team on their lives. It’s amazing what can happen in just a year!

The Kevin Kennedy Show: A special live appearance on This Week In Perfect Team

Every Thursday brings a new episode of The Kevin Kennedy Show, brought to you by Out of the Park Baseball. Rich Grisham talks baseball with MLB player, manager, and announcer Kevin Kennedy, and no topic is off limits! This past week, Kevin made a live appearance on This Week In Perfect Team! He unveiled six new Perfect Team cards based on some of his all time favorite people in the game.