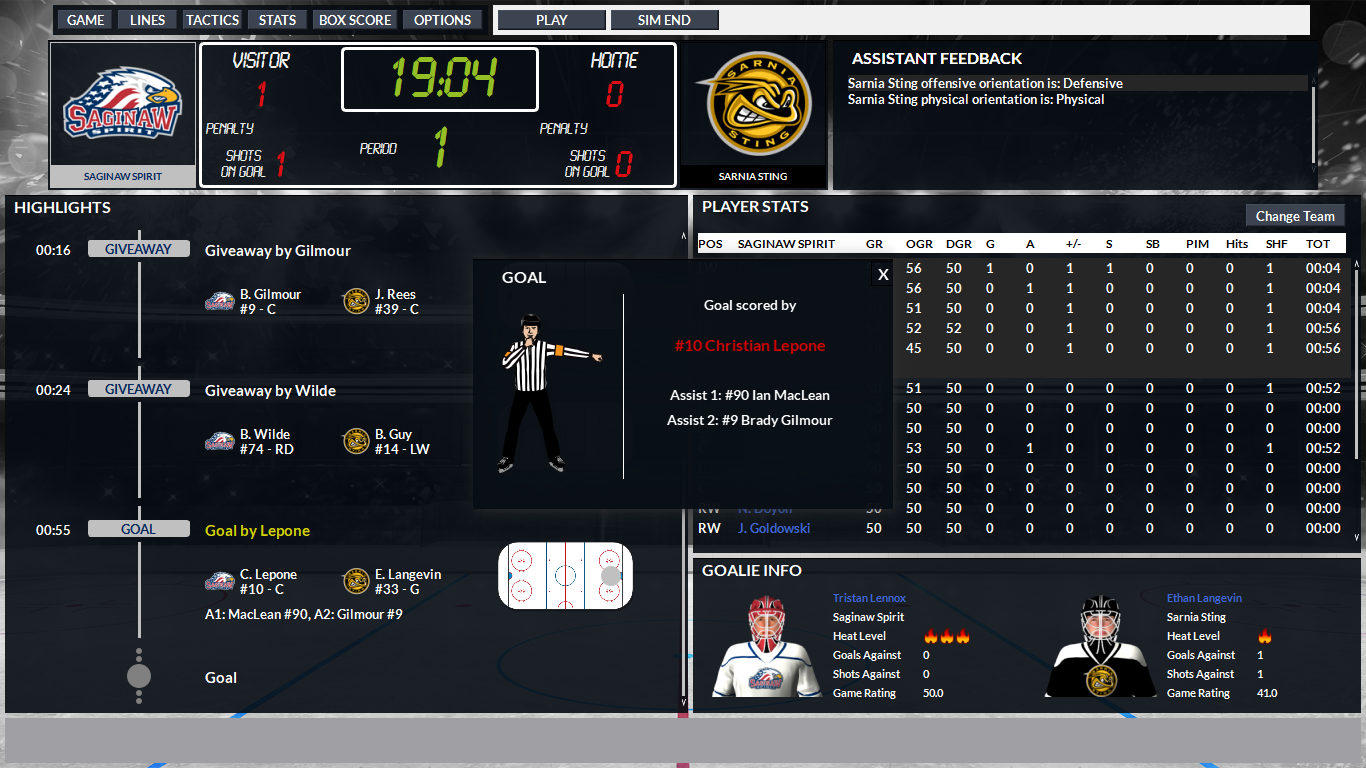 Franchise Hockey Manager 6 is the latest text-based sports simulation game from OOTP Developments, makers of the popular and highly regarded Out Of The Park Baseball series.

Choose one of 32 leagues around the globe and select a team to guide to glory, including a chance at the ultimate prize: FHM 6 is licensed by the NHL®, allowing you to take the reins of your favorite franchise to capture the Stanley Cup®. Or create your own hockey universe, or even choose a historical NHL® start date from any year in league history right back to the beginning in 1917. Sign free agents, trade players, draft the next crop of superstars, and much more!

To the uninitiated, a text-based hockey sim game like FHM 6 is essentially a much deeper NHL 20 franchise mode where players intricately control the day-to-day operations of any hockey team in any league imaginable. You just don’t play the games. In addition, text-based sports games are a lot to digest at first, and can be downright intimidating to beginners. Thankfully, Franchise Hockey Manager’s AI does a good job of helping guide players through the finer points of the Good Old Hockey Game (RIP Stompin’ Tom Connors).

If you don’t understand or don’t have the time or desire to do the clicking, the AI will set your lines and coaching tactics, sign free agents, call up and send down prospects, and everything else you can imagine or want. With the AI’s help, even a total beginner should be able to get a team “on the ice” (a term I use even more loosely than I would about a normal video game) in no time. Or like, a few hours max.

The greatest compliment I could give to FHM6 is to call it the hockey version of Football Manager. I can’t call it that because this game is not quite Football Manager, but it is getting warmer. If Football Manager is typically a 10/10 on the text-based game scale, and OOTP Baseball is about a 8.5 to 9.5 depending on the year, FHM 6 is a solid 8/10. This is easily the best iteration of FHM to date, and while there are some minor issues present, I could definitely see hockey fans sinking hours and hours into this game. I know I’m about to. 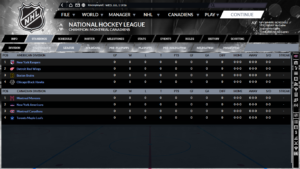 – A new, adaptive rivalry system. Rival games are more significant in the eyes of fans and management, and your rivals change based on in-game results.

– Exhibition mode, where you can match-up any two teams from any era of hockey.

– Improved team management screens, including the ability to lock a player to a specific line.

– New leagues and tournaments, including the German, Swiss and UK DII leagues, and the Spengler Cup, the most forgotten hockey cup.

Franchise Hockey Manager is an incredibly deep game. You could sink months into a historical game without touching the current-day rosters. You could spend hours and hours scouting players from the European Elite leagues to bring over to the NHL. You can even change the way that player’s skills develop in historical leagues (between an “organic” method based on the player’s age/last three seasons in-game, or an actual representation of their skill level at that exact moment in history).

Players can be either a GM or a GM/coach — a thing that never actually works anymore in real sports — and GM/coach is I’m sure what 90 percent of people select in these games. The game progresses more quickly and perhaps smoothly as a GM, but there is certainly no lack of coaching options to explore. Player roles, individual line and player strategies, line chemistry and expanded team tactics are only part of the FHM coaching experience.

I am a Canadian and a lifelong hockey fan, and this game has already taught me numerous things about the sport I grew up contractually mandated to love. If nothing else, you will learn the name of a few legends or some guys who play in the Swiss Division II league.

The most common complaint and obvious criticism with the Franchise Hockey Manager series is that there is no 2-D or 3-D representation of the actual hockey games. Much like its predecessors, we really don’t get to see much on-ice hockey action in FHM 6. We do get a text-based play-by-play, accompanied with an on-ice heat map that shows where a significant event is occurring. But you couldn’t call Franchise Hockey Manager a 2-D hockey sim. I’d say it’s somewhere in the range of 1.25-D. Maybe a dimension and a half.

This personally isn’t much of an issue for me, and may not be an issue for you either. I tend to quick sim most games, and only play (read: watch) the important ones. However, 2-D “gameplay” (a term I use somewhat loosely) has become an industry standard in sports sim games. In Football Manager, OOTP Baseball or even the underrated Baseball Mogul games, players are given the option to at least observe the action on the field as it happens, if not actually swing the bat themselves. 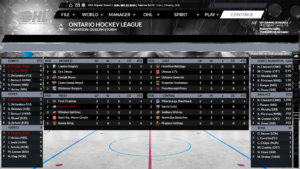 GM AI remains a little bit wonky, as well. Unrealistic contracts and trades are offered and accepted routinely by the other GMs in your league. First-round picks will too often be traded for nothing at all. Though to be 100 percent fair to FHM here, that happens in the NHL sometimes as well. It can be pretty easy to cheese yourself into an amazing team via trades in FHM 6, but really, all sports games are flawed in this way. At the end of the day, all franchise modes are played on the honor system. If you want to be that guy who stacks his or her team, so be it. Maybe it’s good that you’re able to.

Before we go any further, I have a semi-unrealistic suggestion. I would absolutely love to see an NHL 94-style gameplay presentation for FHM. I would be cool with this just as a sim, but potentially a 2-D game that managers could actually play out themselves would be awesome as well. It doesn’t have to be anything advanced, just skate, shoot, pass and check. Three buttons is all we need. We just need a little bit of that NHL 94-97 swagger, back when NHL games were the king of sports gaming. It’s probably impossible but I thought I would try to speak it into existence LaVar Ball style.

Franchise Hockey Manager 6 lives up to the OOTP name in terms of detail and customization. FHM turns a series of numbers placed into charts and spreadsheets feel like a living, breathing, hockey universe. It only falls short in terms of 2-D or 3-D representation of the hockey games themselves. While I wouldn’t put FHM 6 on the level of Football Manager or the baseball equivalents, it is getting closer every year. I strongly recommend FHM 6 to hardcore hockey fans, and people who want to learn more about the sport of hockey.

Axis Football 2019 Review - A Solid Alternative to Madden
WWE 2K20 Review: You Might Want To Sit This One Out