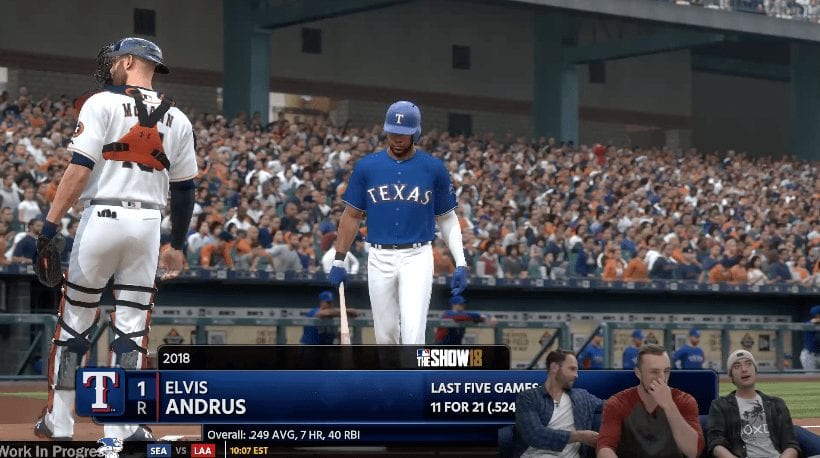 We are now approaching the time period where we settle into the modes we are enjoying with MLB The Show 18 and really dig in for the long haul. With a bit of time removed from our review, and from our Roundtable, its a good time to check back in with the staff to see how things are going.

Kevin Scott: It’s probably a toss up between pitching and fielding, but it’s definitely not hitting. I’m one of those players who can still get a well placed fastball blown by him even with the reduced velocity this year. I like to think I can outsmart batters pretty well on the mound though and I don’t make too many embarrassing plays in the field.

Matt Llwellyn: It used to be pitching. I use analog pitching and I’m very good at maneuvering the analog stick to where I need it to be, but with slower pitch speeds and a larger (if not buggy) PCI, I absolutely rake this year.

Elliott Jenkins: I love hitting and wish I was great at it, but I still for the life of me cannot distinguish between low pitches. I get absolutely buried by fastballs that skirt the bottom of the strike zone and changeups and splitters that plop right beneath it. Please do not throw those to me if we meet online. But when it comes to hurling, I’m a verbose pitch tunneler with an extreme reliance on off-speed stuff.

Kevin Scott: Diamond Dynasty and it’s not even close.

Matt Llwellyn: Road to the Show will always be the mode that I play the most. I must say that I’ve been really enjoying the new user interface in franchise mode as well. Add a healthy amount of Diamond Dynasty grinding as well and MLB The Show 18 has me hooked.

Elliott Jenkins: I completed Conquest for the first time and briefly lost the appetite to grind further in Diamond Dynasty. But before long I realized I was one inning, one save, and two catcher RBIs away from some huge program progressions. In other words, it hooked its claws into me all over again.

Matt Llwellyn: For the longest time the bane of my existence had been R.A. Dickey. I absolutely can’t stand knuckleballers. Now that he’s gone, I have to say that it’s any pitcher with a low arm slot i.e. Chris Sale. Having the ball come out low and wide like that makes reading pitches harder.

Elliott Jenkins: Last year it was Chris Ianetta. He would hammer anything I threw to him. This year it’s Justin Smoak. I do not understand it, but I love it. The little mini-rivalry it creates and the feeling of getting him to whiff on a great pitch? Exhilarating. Though, as a trade-off, I am inexplicably mashing with Evan Gattis, which, as a life-long Astros fan, rules.

The most ridiculous thing I’ve seen in The Show thus far is….?

Kevin Scott: So many knuckleballs. The most ridiculous ones are the ones you give up on and then they take a sharp turn and catch a corner.

Matt Llwellyn: Just like every year, there are different glitches that are ridiculous, like having my third baseman in RttS warp back to normal depth after coming up to defend a drag bunt because the pitcher set himself, or having my team play the field in the bottom of the 9th in a home game. Beyond that, scrolling through the logo vault has been…interesting to say the least. The community has come up with cool, weird, sometimes obscene logos for their DD team uniforms and it’s a highlight for me every year.

Elliott Jenkins: It is still a huge bummer to be absolutely punished for being aggressive on the first or second pitch. Too many pitches are being barreled up with good timing and good contact from an elite contact or power hitter only to become bullets right at an infield defender. Obviously, not every single one of those should be doubles into the gap or towering home runs, but there seems to be a noticeable and frustrating nerf of being aggressive in any count before the third pitch of the at-bat.