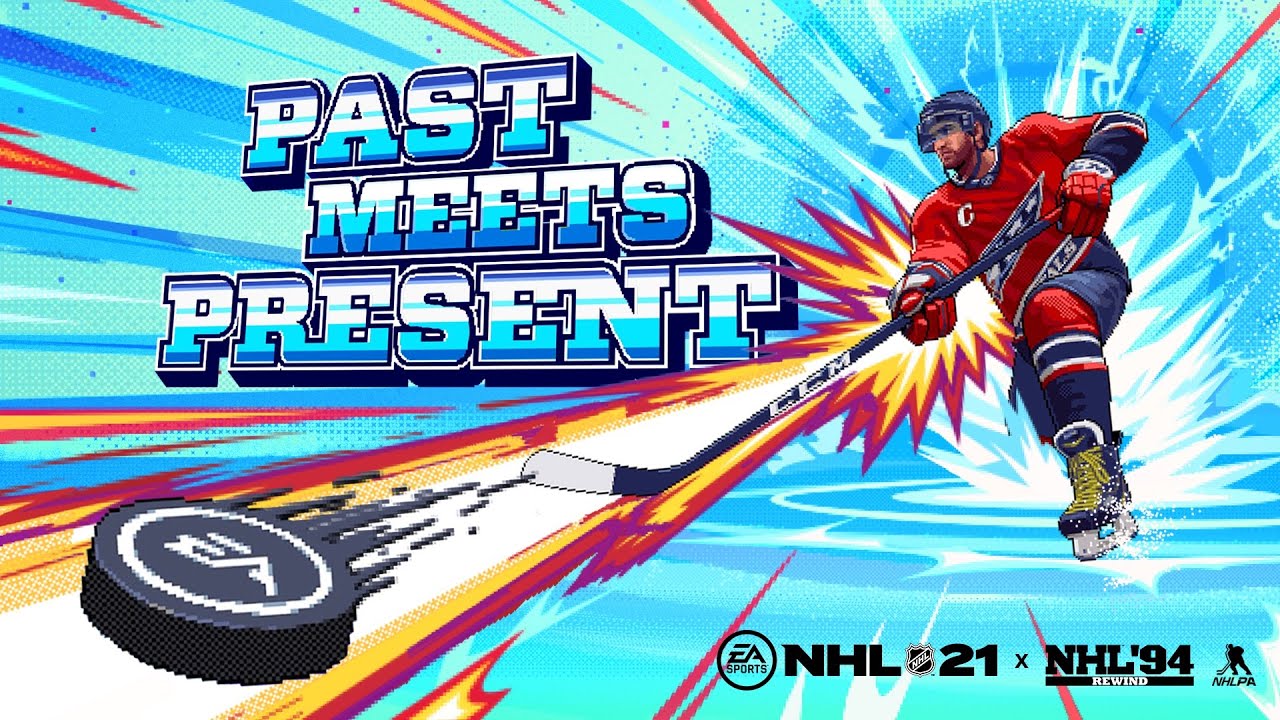 Earlier this year, EA SPORTS NHL 21 reached back into the vault with NHL 94 Rewind, a throwback to the fan-favorite classic NHL 94, that was made available as a pre-order bonus for NHL 21. Now, the team at EA SPORTS is continuing to bring hockey’s past forward by teaming up with adidas and the National Hockey League for the exclusive Past Meets Present campaign that reintroduces NHL 94 Rewind as part of a holiday bundle, debuts the recently revealed Reverse Retro jerseys in-game and launches a special 80s and 90s focused HUT campaign with Icons who influenced modern-day NHL stars.

During the Past Meets Present campaign, NHL 21 will feature Reverse Retro jerseys for all 31 NHL teams, putting the specially-crafted adidas jerseys into the game beginning today. Players can don the Kachina Coyotes sweaters, Nordique-inspired Avalanche jerseys and many more, paying homage to past styles while dazzling with the modern-day arsenal of superstar-inspired moves introduced in NHL 21 this year.

For any players that missed out on NHL 94 Rewind as a pre-order bonus, the beloved classic is now available once again through a holiday bundle, which includes both NHL 21 and NHL 94 Rewind for $64.99 USD. Players who already own NHL 21 will be able to purchase NHL 94 Rewind in-game for $9.99 USD. EA Play members will also have access to one of the greatest hockey video games of all time with NHL 94 Rewind now available on The Play List. NHL 94 Rewind features today’s teams and today’s rosters with controls and graphics from 1994.

The Past Meets Present campaign reaches Hockey Ultimate Team (HUT) in the form of HUT Icons – a dozen influential players from the 80s and 90s that helped inspire today’s game. Notable HUT Icons include Wayne Gretzky, Mario Lemieux, Phil Housley, Grant Fuhr and more. See how today’s superstars stack up against the HUT Icons in one of NHL 21’s most beloved modes beginning tomorrow, December 4.